How about a story game.... story, roleplay they call them on the internet.

You make up your own story about any character of the Originals or the Vampire Dairies. Or you can bring up fake characters you make up in ur own imagination. Anything goes.One person starts with a story and another person adds in, see where the story LEADS us.

Shall I go first, 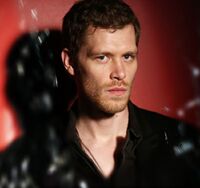 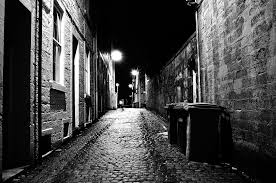 A twig snaps in the distance chasing the morbid thought from her mind. Birds scatter from branches in the woods beside her. She whirls around, expecting to see a condescending smile on her brother’s face. Instead, a hulking figure cloaked in doleful black robes towers above her. Unlike her brother, evil has no trouble discovering her hiding place.

Oh, well look at you love.... all alone. She tries to scream, but as she stares at him nothing comes out. As you can see, you can't scream, he says. And don't cry either, he tells her taking leafs off her hair. You've been compelled, I hate it when my food screams, it makes my ears hurt. Aren't you a pretty little thing, here all alone, in the dark he looks around. She moves back until she hits the huge trash can bins. With all the courage she had left, she starts to run. Where are you going Klaus said? Why do they always run away? I compelled her not to scream but forgot to compelled her from running away. Oh well.......

Susan attempts one last cry for help but nothing comes out again. Klaus grasps the front of her jacket with two powerful arms, drags her through soft black mud and wet grass, and jerks her into blackness. You just made things harder for yourself. She fights, but is overpowered with ease.

He moves her hair away from her neck, shh its okay no need to fight back, soon all this will be over. He slams her against his chest.

Let her go Elijah roars. Boy aren't you a party pooper, Klaus mocks as he puts her on the ground. Do not move, stay.

Come on now no one will check ur grammer I promise. I have bad grammer too. This is just a fun game.

@ Lily h. I was planning for this to be a serious story. Have fun but not childish. You just ruined it for the rest of us.

"What are you doing, Niklaus?" Elijah asked. "Well, I'm just simply trying to enjoy my midnight snack, Elijah. But it seems you have ruined it." Klaus replied. "Come here, sweetheart." Elijah said to the girl with open, welcoming arms. She quivered and cowered back. "Aw, the poor human seems scared of you, Elijah, well, isn't that a first-" Before Klaus could finish, there was an echoing snap and the girl saw the hybrids body drop to the floor. She quickly looked up at the man in the suit who was looking down at her with guilty eyes. "I apologize for my brother's inadequate behvaviour." The girl swallowed and slowly nodded her head. Elijah slowly smiled and bent down in front of the girl as she quirmed under his presence. He smiled sadly and said, "I'm Elijah."