Create your own Fictional Story about anything you want.

Please be Original like "The Originals" and do your own work. 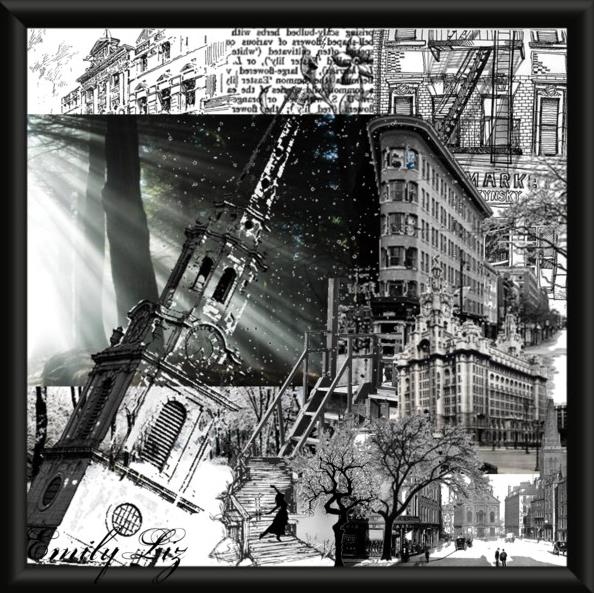 This is an Example. I did not write this story. I did create the art work above, you can create any art work or post any pictures you want. Have Fun!!!!!!

A Certain Slant Of Light

Someone was looking at me, a disturbing sensation if your dead. I was with my teacher Mr Brown. As usual, we were in our classroom, the safe and wooden- walled box- the window opening into the grassy field to the west, the fading flag standing in the chalk dust corner, the television mounted above the bulletin board like a sleeping eye, Mr. Brown's princely table keeping watch over a regiment of student desk. At that moment I was scribbling invisible comments in the margins of a paper left in Mr. Brown 's tray, though my words were never read by the students. Sometimes Mr. Brown quoted me all the same, while writing his own comments. Perhaps I couldn't tickle the inside of his ear, but I could reach the Mysterious curves of his mind.

Although I could not feel paper between my fingers, smell ink, or taste the tip of pencil, I could see and hear the with all the clarity of the Living. They, on the other hand, did not see me as a show or a floating vapor. To the Quick, I was empty air.

Like a child playing at hide and-seek, I did not move, in case I had been mistaken about being spotted. And childishly I felt both the desire to stay hidden and a thrill of anticipation about being caught. For this face, turned squarely to me, had eyes set directly on mine.

I was standing in front of the blackboard. That must be it, I thought. He's reading something Mr Brown wrote there- the chapter he's to study at home that night or the date of the next quiz.

The eyes belonged to an unremarkable young man, like most of the others at this school. Since this group of students was in the eleventh grade, he could be no more that seventeen. I'd seen him before and thought nothing of him. He had always been vacant, pale and dull. If anyone were to somehow manage to see me with his eyes, it would not be this sort of lad-this mere ashes-on-the-inside kind. To really see me, someone would have to be extraordinary......

(edited by administrators)
No replies yet. Be the first!