Landon Kirby is a main character on Legacies. He made his debut in the twelfth episode of the fifth season on The Originals and the first episode of Legacies. Phoenixes are a rare, supernatural species that was once thought not to exist. Furthermore, it remains unknown whether or not if the... 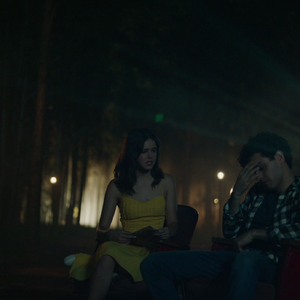 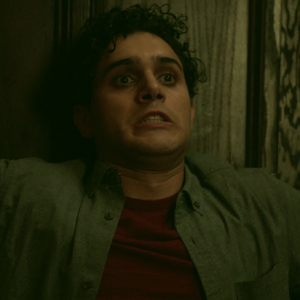 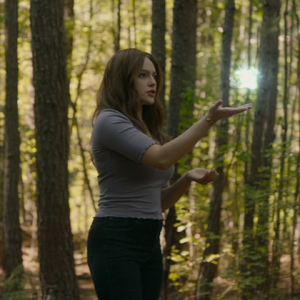 I got to thinking something, lets say within the next 7 episodes, landon does in deed get taken over by malivore, this doesnt necessarily change things. He could still go into season 3 and send monsters to kill the salvatore school for trying to save landon. It will look very weird though, that is a change of sorts. Currently malivore sends monsters out of him like a black puddle, okay fine, it looks like something you'd seen in some typical monster movie, fine.

But how will it work if he gets landons body to take over?, will monsters come out of landons stomach?, that will look odd and bizzare and im not sure in the way the writers intended.

It even got me to thinking about hope being a tribrid too in the next 7 episodes, that too doesnt present major changes either unless hope uses that potential to drop into malivore before he takes over landon and they kill her off permanently but i dont think they have the guts to do that.

If hope becomes tribrid and landon becomes malivore going into season 3, then im not sure how hope can kill malivore, he isnt a black pit anymore but i could see some really bad trope in that an actual kiss of death from hope to malivore kills him and perhaps landon, that would be so cringe.

What does Hope see in Landon romantically speaking?

After sebastian has been mostly wasted, I feel they should be careful to introduce some other vampires, and they dont all have to be specifically made for the school. Im still of the opinion some vampires remain who know of hopes blood and how it can create hybrids and they dont want that. Id like them to bring in other old powerful vampires that want to hunt hope down and destroy her or use her powers for their own gain, if they insist of continuing this show of legacies, its something I want to see.

Im still of the hope that other old non mikaelson vampires, mainly the trinity come back somehow and look to get their hands on hope and who knows maybe even landon with his power.

1. Why didn't Malachai let go of the chains if he is a vampire and they didn't block his powers?

2. Is Jade in love with Josie or was it all planned?

3. In the preview for next episode, do you have any idea what's going to happen for Josie to threaten her sister?

4. Did Sebastian and Malachai really die or is there a chance that they escaped?

5. Is Landon starting to expand his powers, does he have a chance to become a creature of mythology or should he not gain power?

6. What did you think of this episode?

sorry for that, i'm just excited to be putting a creature as demon-like as i imagined, despite the effect of her face being terrible.

Maybe it wont happen this season but i could see it happening anyways but i can see hope and landon sleeping together and hope is pregnant with something that part phoenix, vampire, witch and werewolf, it could be the most powerful supernatural who existed. I can see that cause lets be honest, lizzie cant get pregnant by sebastian and none of the other characters are in a position to procreate right now.

So I have been thinking, everyone has been thinking Landon is a phoenix but what if he is actually a hybrid like Hope? We know from Ryans DNA results that despite having some really ethnic backgrounds he looked like an average white man.

So what if Landon is actually a mix of one or more supernatural creatures? Wade only recently discovered he was a fairy and was able to tap into his powers only when people believed in him. So what if as a result of his hybrid nature Landon's powers only activate on certain circumstances. When he kissed Hope he was able to levitate so maybe positive emotions are the key to tapping into some of his other abilities.

HybridLandon Kirby
I saw it coming
wow
that was hope
idgaf

I love this episode. Hope kind of reminded me of Klaus when she was mad at Landon for not telling her that Pothos escaped. But at the end they both looked so in love it's so adorable. ❤️

We also learned that Landon can levitate which, well seen this coming, some of us. They also gave us clues in the previous episodes that we were going to see if Landon had more powers, which he does.

Here are my questions and you guys can answer if you want. Did Alyssa really like MG? When do you think Rafael will come back. Am I the only one that wants Wade and Landon to be best friends because we have lots in common. And I also want Landon and Ethan to see each other knowing that Ethan flirted with Hope. PS I ship Handon forever and Sizzie.

So like 10 minutes before the season 2 episode 10 episode ended when hope and Landon were taking in the gym was that like a break up speech or like a calm fight/argument?

Do you guys think they are going to have problems in their relationship? Like it seems things are different now.

When Emma and Hope were doing lineage spells on Landon, he had zero magic in his line but every person in the world has a little magic in their bloodline. I think this means that Seylah gave birth to Landon (like Caroline to the twins) but she isn't his biological mother.

Did that guy leave the show? Not sure I spelled his name right but he was Landon’s adopted brother.

If Landon dies with vampire blood in his system will he be resurrected as a Phoenix like always or a vampire.

This question has been eating me up

I think that they are somehow related because the phoenix stone was used to trap vampires and Landon is the son of Malivore who traps supernatural creatures... Maybe there was another phoenix created in the past before Landon considering the fact that Seylah was not the only woman thrown into the pit because according to Clarke, triad used to throw people they didn't like into the pit therefore maybe the other phoenix made the phoenix stone and using some other powers was able to trap vampires and he came from the tribe of Rayna Cruz because her father was also a hunter maybe he was the first hunter from the tribe of Rayna Cruz

I have two questions related to the Phoenix.

-Is it official that Landon has no power except immortality?

-What about the Phoenix Stone we saw in TVD S6, Do you think it's related to Landon? And how so?

I would love to read some theories.

Ok let me start by saying this was my favorite episode. I don't what it was but this episode threw me for so many loops. First, let's talk about Ryan Clarke. He was great this episode. I loved the moments between him and Hope especially the final goodbye call. It was so sweet and strangely wholesome. It proved that he isn't completely evil and just wanted to be loved. I hate the Necromancer right now. He killed Clarke. If he doesn't resurrect him, I will be so pissed. I want him to find somebody to care for him maybe a boyfriend but that's just me. Secondly, I've said this many times but my son Pedro was in this episode and he was so sweet and adorable. Also, I hate Hope for ruining Santa for him. I just wanted to give him a hug. Also, did you see he was ready to fight Krampus? I've never been more proud of my son than at that moment. I mean I'm glad Josie stepped in for him but still he was ready to protect his family. Thirdly Krampus was creepy and gross. I loved it. I had hoped they would've gone with the old Bavarian version that punishes naughty kid instead of killing them but can't change it now. I loved it's character design. Fourthly, let's talk about Santa. He was a straight G in this episode. I also love that he has speed equal to if not superior to a vampire. He was able to throw some serious hands this episode. More versions of this Santa need to appear in TV. I will tell my child this is the real Santa. I wish we could of seen the reindeer but oh well. Fifthly, let's talk about Raf this episode. I'm so happy he decided to stick around a little longer to be with his dad instead of just going back with Landon. Also, Sebastian snapping Landon's neck was hilarious. Anyways I love that Raf got to learn about his parents especially that his mother was werewolf who was a soldier and that's how she turned. He put a pin in the unhealthy attachment to Landon for the time being and I was so happy for him. Finally, I will wrap up with Landon. He annoyed me this episode for two reasons. He pulled another long lost family reunion and he's lucky it worked better with Raf than with MG. Why does he keep doing this? I know he only knew Seylah for a short time but still. Next he breaks Josie's heart and just leaves her a crumpled mess. It doesn't help that I shipped Josie and don't really care for Handon. I was wishing to go back to Clarke instead of seeing that again. I want to take that back because of what happened to Ryan 🤯🤯😨😨. So overall my highlights were Ryan, my son Pedro, Krampus, Santa, and Rafael.

So this simulandon made me think, they clearly have no problem using a sacrifical lambdon(bad joke i know) But if that is the case, why dont they just let malivore out so he can take over simulandons body cause ryan says he wont harm the students at the school.

I am going to go on a limb and say they are looking out for nia the gorgon and her family? Cause I dont think the students know of any other monsters right now.