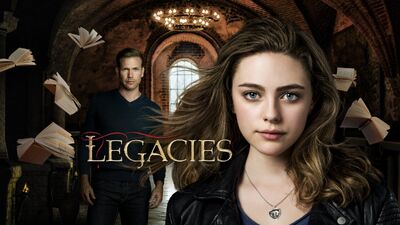 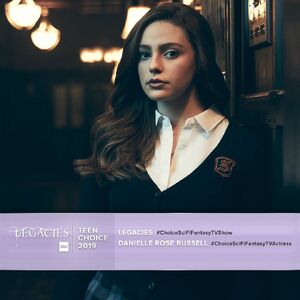 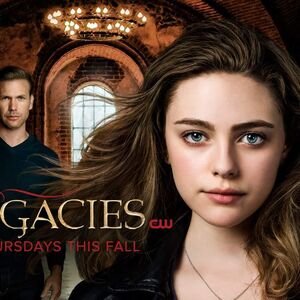 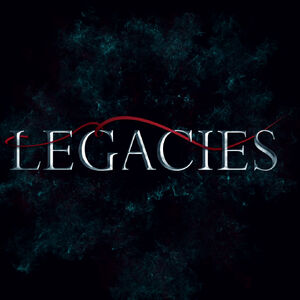 Also does anyone know if there are any fake mora miseriums for sale anywhere online?

Sebastian really died it has already been announced that Thomas Doherty was announced in another production besides Olivia Liang (Alyssa Chang), Giorgia Whigham (Jade) are in the auditions for another series for 2021 and Leo Howard (Ethan) will be in another one and of course I think this one cast will not be so present in season 3 what do you think will be introduced new ones for them to be forgotten or maybe they are just participations?

Hybrids, Heretics and Hope are all known existing hybrids in the Vampire Diaries/Originals/Legacies universe, but so far, we haven’t seen any werewolf-witch hybrids. I can’t help but wonder why. There are three series covering this universe.

I know that Klaus was half witch and half werewolf, but I’m not counting him, because once he activated his curse, his witchcraft abilities were expelled.

No, I’m talking real hybrids, people who can use magic and transform into wolves. Sure, they wouldn’t be nearly as cool without the iconic vampire blood and powers, but they’d still be pretty lit. Personally, I’d love nothing more than to see one of these hybrids. But what are your thoughts? Comment below.

Include the season and the episode number if u can remember

This was the best episode in the entire show.

It was intense,dramatic and it didn't have any of that stupidity(admins please don't judge)from the other episodes

Now for this I can proudly say that it was the closest episode to TO or TVD.

Edit:admins you really made up my day you removed the thing i was least expecting to be removed

What do you think about this new Human-Wolf form Diego showed us in the last episode of Legacies ? At first, I was shocked that they've somehow rewritted a monster that we know for 10 years of TVDverse but when I thought about it more, I think this is a really new and interesting case that never happened before.

Diego was stuck in the prison world for 10 years and each days was a full moon. That make at least 3 650 turning. Imagine if a young wolf trigger his curse at 15 ( so rather young ) and can live till 80 years old, it would make " only " 780 turning in his life. It mean that Diego in only 10 years endured almost 5 lifetime of turning.

It seems that like humans and animals, even supernatural beings can somehow under some circumstances, evolve with time to overcome some situations. It make me think about thing like " what would happen if a vampire keep burning himself all day in the sun ( but not enough for killing himself ) for years, maybe he could evolve into a vampire who don't fear sunlight ? In that casem it would be a lot of struggle for nothing since daylight rings are commons items but I think you get what I mean.

Also, this is only an assuption, but maybe some hybrids can use this form ? In season 2 of The Originals, Klaus and Hayley both showed the ability to transform their hands into werewolf paws.

Watching the Kai Parker episode and seeing Sebastian and Lizzie rooming around the world romantically playing fairytale just for him to eventually take advantage and date rape her, made me feel kinda of sick. It made me realize how the writers have been romanticizing these unequal power dynamics with these shows whether its between a young naive human and centuries old vampire or a young naive witch and a centuries old vampire, knowing that there audience is mainly teens but legacies being the exception probably kids too now. It’s sort of a callback to S1 of TVD when Damon was abusing and having sex with Caroline.

Why is Legacies soo much lighter than TVD or TO I mean the producers are all same why would they ruin a perfectly good theme with all that.

What was your guys favorite scene in every show

TO- when Elijah convinces Vincent thats he’s strong enough to complete the harvest, the way he describes his power is just amazing

Although we probably won't get any Bonnie, Damon, Elena, or Caroline in this season, we were gladly reunited with the infamous Season 6 villain, Malachai Parker. As show in the trailer for the 12th episode of Season 2, Kai is teased as he is speaking to Josie on the cellphone about her magic, getting out of the prison world, and saving her father. I don't know about you, but I was most definitely happy to see a familiar face, other than Alaric, on Legacies. And one of our favorite villains is back to cause mayhem.

But it sucks to know that the woman he flirted with from time to time won't be there to thwart his plans, considering that the actress Katerina Graham is probably busy with other things. But at least give us someone else. We were blessed with Freya, and now Kai. Why can't we get someone like Caroline, especially since she founded the school with Alaric in the first place.

And Penelope needs to come back. If Kai can, why can't she?

I don't think I teach you something here, but Hope, Josie and Lizzie are clearly the holy trinity of Legacies.

The thing is, I've seen a lot of people complaining about that and the " Girl Power " of the show... And I really don't understand why.

For 8 years of TVD and 5 years of TO, all females characters existed only for love interest and were damsels in distress. Elena, Caroline, Camille... Even powerful beings like Rebekah and Hayley were mostly used for love story and had to be saved countless times.

Now that the situation is reversed and that we finally have females characters that can handle things instead of being saved every seconds, peoples always have to complain about it.

Now I'm talking about Legacies because this is site is about TVD, but it actually happen in a lot of shows / movies. Why do peoples hate so much strong females characters that can handle themself ?

Legacies are about the next generations. So, which characters would you like to see your descendants from? Could Silas have a nephew who took the elixir directly from his blood, Qetsiyah a niece with power similar to hers, could Sybil and Seline have biological daughters who made the deal with Arcadius in exchange for power and immortality? Could Katherine have a granddaughter that Nadia had children before becoming a vampire? Or perhaps the unknown son of some heretic? Would Malcolm, Oscar or Beau be interesting ... about which descendant would probably be a hero and which would undoubtedly be a villain right away?

Who wants Damon or Elena or both in Legacies ? ( I really want this ) or Stefanie Salvatore? ❤😍👌

I'm confused. In season 1 of the originals Hayley drinks Hope's blood in order to compete her transition into a vampire but in Legacies, Hope states her blood isn't human so how does that work?

Right so had I thought and I don’t know if it has been discussed before but is it possible that hope can be a true tribrid once she turns vampire? So the thought I had was this... what if hope can be a true tribrid by keeping her witch abilities. Is there a chance that hope is a siphon? I know we have never directly seen her siphon anything like Lizzie and Josie have to but could that be because she’s always had magic in her blood (like heretics)? Im really hoping that this may have a chance of happening in Legacies because she does have magic in her blood from Klaus constantly giver her a source and then when she turns hybrid she can also be a heretic = true tribrid

Am I going mad can someone else tell me they have thought this before????