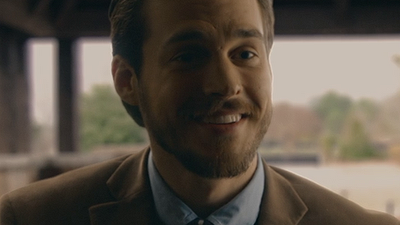 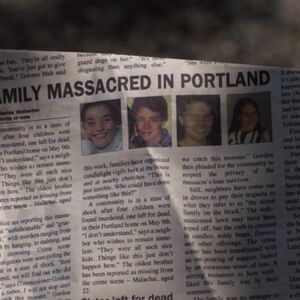 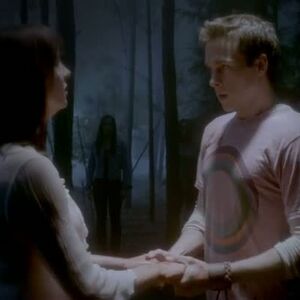 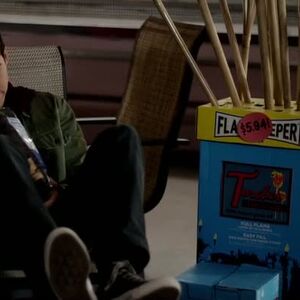 Kai was a marvelous villain, and one of the best in the entire TVD universe. Without a doubt, the best episode of the season was "Kai Parker Screwed Us." Kai was one malicious guy who left nothing but destruction and grief in his wake. He killed several of his brothers and sisters, he killed Jo at her wedding and tried to kill the twins twice, he killed Luke, Liv, and forced Tyler to trigger his werewolf gene. He broke Alaric's heart and put Elena in a sleeping curse, which had an adverse effect on Damon. This led to the invasion of the Heretics, with Julian and Rayna Cruz not far behind. Now, he forced Josie to break the hourglass and ingest the dark magic, which was what she was trying to prevent. Because of that, Dark Josie took her over completely and killed Alyssa, then forced Lizzie to merge with her. Kai had no desire to redeem himself when it was presented (helping Damon and killing Cade). Like Sebastian said, "Some people wouldn't know what to do with a second chance." I think Kai definitely gives Malivore here a run for its money. I hope he will be back in some form.

Kai’s death was anticlimactic. I saw a YouTube video where the person suggested that Kai did a sim spell like Josie did on Landon. She said that Kai wasn’t his usual self and that she thought he wasn’t on top of his game. She also said if people think he is dead he can go after Bonnie. Thoughts?

I feel like they did the merge storyline to early and it didn't feel serious enough like when luke and kai merged, we knew that kai would win but seeing luke die and seeing the characters lose someone and the people who watched TVD the felt that loss too made it a defining moment for the whole merge, but what they did here in legacies it felt like a big joke. The whole time the characters talked about the merge josie feeling like she will lose and lizzie knowing she would win had a great impact on there relationship but when josie started to stand up for her self and we saw her getting stronger as a person made them seem equal in power and uncertain who would win. But then dark josie changed everything alot like kai and luke we knew who would win the merge but instead of building up to that moment and seeing the characters worried and afraid of what would happen they just did it with little to no emotion for any of it, yes they had a plan that would save lizzie from the merge which doesn't really make sense but it worked. And I would think that josie would know that they did something because they have a connection and kai changed when he merged with luke emotionally but maybe all of lizzie magic just went into josie and lizzie is now human and maybe the merge is just the transference of magic or something 🥴. But I feel like the merge should of been taken more serious and not at all what they did with the whole wrestling match thing and the random cringy fight scene between josie and hope. But Since they already did this Hopefully it's the end of the whole merge situation even tho I wish they did it later on, It just wouldn't make sense to continue it after this. But idk what do you guy's think was the merge to early or where you guys just happy they finnaly did something with it.

Does anyone wanna take a guess why necromancer only has collected certain monsters being the sphinx, pothos and i would assume he is coming to collect kai? I understand some monsters poofed or melted into a puddle but mystic falls has tons of evil supernaturals or just supernaturals he could bring back to life to control, he could have a freaking army.

Him collecting the sphinx is a bit of a mystery, i guess its to prevent him from helping them out anymore with his riddles

Pothos, im not sure totally, i mean he was quite powerful to beat and unlike most other monsters which just make growls and grunts, he can actually talk, plus we still need answering what the golden arrow does which pothos wanted

If he does and i mean a big if he got kais body, it would be to get revenge i think and to have the power of a heretic in the palm of his hand

Personally i hope he gets his powers back soon so he can do this as a big FU to malivore, this is personally my favorite storyline right now, more than dark josie story.

I remember that Malachai said that he is linked to the prison world, does anyone know why he did not die when the world was destroyed or was it already explained and I lost? like, Alaric shouldn't have killed him, he should have been killed himself when the world fell and he didn't go - or did the world fall after he died?

If you were a writer of this franchise, who would you make an iredeemable villian instead of kai and why? And yes you can include klaus, got to be fair here. My only condition is include the big bads, not some minion we barely know anything about so no shen min or malivore monster, its got to be a big bad from the 3 shows.

What was the spell that launched Kai away from her in You Can’t Save Them All? It was a Telekinesis spell but it was glowing and looked like a galaxy in the universe.

How did Kai dodge Hope's magic? It has been stated that Hope's magic could fuel The Ancestors for centuries and Kai may be good as a siphoner but he is no first born witch.

I see a lot of ppl theorizing that the merge shouldn’t happen now bc Kai’s dead, I think the Gemini Coven knew that the twins would still be able to merge even without a leader, bc why even magically transplant the twins into a womb if they didn’t think their coven had a future? Also ppl keep saying that if one of the twins turns into a Heretic that would automatically stop The Merge bc it would trap one of them at a certain age that isn’t 22, that’s not the case bc if you remember during TVD Jo was years older than Kai due to his magical timeout and yet it was still possible for them to do the merge. I think that even if one of the twins turned into a Heretic that would give them an automatic win over the one that isn’t.

I gave it some thought based on rewatching some scenes and I suppose kai could have entered oblivion, meaning he is permanently dead as his soul is destroyed. Its important to set that apart from malivore, its not the same thing.

It is also important to note this doesnt mean kai cant come back, however if his soul is entirely gone, it would mean he'd have to be remade and i cant see anyone doing that, the ability to create life and the soul, a villian like that could come eventually.

Im not going to take a guess at which villians could have also entered oblivion, cause whomever sends souls to which place, they are wishy washy, it depends on what sin means to the one who decides the fate of the souls. Cause for example you had vicki go to hell and she only became bad cause of being a vampire, whereas dahlia immediately went to peace when she died even though she wanted to cheat the natural method and even killed and kidnapped children.

So god only knows where kai is at right now.

Who do you think would win in a magical combat, Hope or Kai, and why?

In the latest episode, as far as I know, when you kill a vampire it breaks the compelling. So if Hope had killed Kai, Dorian won't be compelled anymore right? So she would calmly save the Saltzmans. Correct me in the comments if I am wrong :))

3. I really like the way Legacies turned up and I hope it countinues this way.