The Other Side was a supernatural dimension where the spirits of dead supernatural beings resided in a state of purgatory or limbo. It was created by Qetsiyah with the intention of forcing Silas to spend an eternity with her on the Other Side instead of moving on and finding true eternal peace... 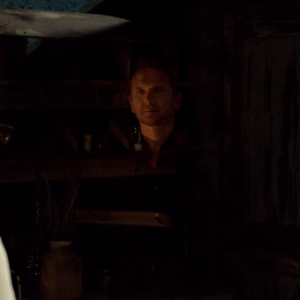 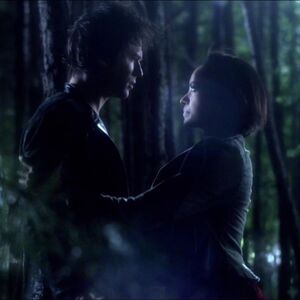 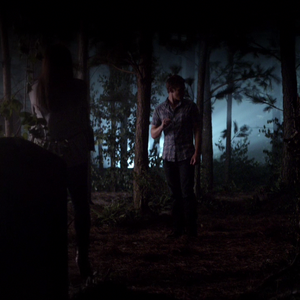 So I was watching the finale to Season 5 of TVD and thought of something weird. When Damon and Elena exploded themselves to kill the Travelers, they woke up on the Other Side. Elena’s body was in the car because she wore her seatbelt. Damon was across the grill because he didn’t. If he did, he wouldn’t have been lost and would’ve been able to return with Elena and Stefan.

2) Elena wouldn’t have erased her memories

8) Since shes alone, everyone believes she’s dead and not actually alive

All of these things would’ve happened... if Damon was wearing his seatbelt.

•In The Vampire Diaries Universe, The Other Side was a dimension of afterlife also known “Supernatural Purgatory” created by Qestiyah,

The show canon said all creatures considered supernatural all goes to The Other Side:

These are all supernaturals creatures who inhabited over there for 2,000 years.

The Prisons Worlds are technically alternate pocket universes/dimensions where they repeate everyday on temporal loop(Everything like object, foods and celestial events reappers on 24/1).

In May 10th 1994, the Other Side still existed and the Gemini Coven(A coven of witches) did a banishment and creation spell to ceeate a prison world for Kai Parker.

At some point of time, as supernatural siphoner witch Kai Parker killed himslef and died. The question is what happened to his soul? Did he go to the Other Side due being supernatural before he came back life in prison world?

In Season 5, Katherine "dies" but actually goes into Elena's body and later on she Katherine ACTUALLY dies. Bonnie was the anchor for this whole period of time. How come she didn't notice that Katherine wasn't going through her the 1st time she "died". How come she never realized that Katherine didn't show up-

If the Necromancer and Alyssa succeed in bringing all the monsters out of Malivore, is is possible the Super Squad will try to make another plane of existence like the Other Side to trap them all?

So before Enzo died he had turned of his humanity switch after he found out that Damon was the one that killed Maggie.

NOW, when bonnie resurrected him (along side elena, ric, stefan,etc.) did that automatically turn his humanity switch on?

I really feel bad for Nadia, I mean all she wanted was to be with Katherine, sure she went about it the wrong way but I still feel so bad and I really enjoyed her character. I wish she came back when they brought back people from the Other Side and then either became part of the MFG or gone and lived her life with like Matt or something and get him of the show. I also felt bad for Katherine when she lost her. Her death was so sad!! :(

So when a New Orleans witch dies (before the other side was destroyed). Do they go to the Other Side or the Ancestral Realm? or does this only happen when they are consecrated?

When Katherine died Bonnie was the anchor to the other side that means that Katherine had to go through Bonnie but she didn't and nobody noticed that she didn't?

(edited by administrators)
Bonnie BennettThe Other SideKaterina PetrovaThe Anchor500 Years of Solitude
This post is locked.

How come when Bonnie first became the Anchor to the Other Side we didn’t see Silas or Qetsiyah past through?

PS...I tried very hard to put in the correct tags...hope I got them all lol

Do you guys remember when Alaric died but he had vampire blood in his system? But then he refused to complete the transition by feeding on human blood and therefore he actually died. This means that he died in transition and technically wasn't a vampire yet. Then how come he went to the other side? Only supernatural creatures can go to the other side, but he wasn't a vampire when he died, he was still human.

(edited by moderator)
Alaric SaltzmanThe Other SideTransitioningBlood
This post is locked.

In season 5 when Katherine was dying she appeared to Bonnie as a ghost for a second and then went back to her body because she wasn’t ready to die. When everyone else assumed her to be finally dead, wasn’t she supposed to pass through Bonnie? If she didn’t then obviously she wasn’t dead and no one noticed that? How could they believe that she died without her passing through Bonnie?

When you lose the merge you merge with the winner so do you go to the other side (before it’s destroyed) or what?

(edited by moderator)
The MergeThe Other Side

Now that hell and the other side were destroyed, what about the supernatural species that die? Find peace? Are their spirit out there? They just disappear?. We know that they can find peace, like for example Elena despite taking the cure, she was still a doppelganger, and still she could find peace. But what about the spirits that "do not deserve peace" or cannot be at peace because a loved one has not found it? (for example Klaus)

So Amara took the cure from Silas and then killed herself as Bonnie became the anchor to the other side. Silas died shortly after along with Tessa. But I remember one of them saying Amara wasn’t in the other side and that her and Silas would be separated even after death.

Shouldn't Amara have gone to the other side? Or is it just different because she was the first one?

Are they in other side or the found peace, what happened to their spirits?

I've read that only witches can interact with other spirits that are trapped in the Other Side. Other supernatural creatures would have to spend their time there in solitude. But the recurring thought in my mind is: what about the witch-vampire hybrids?

Granted, the Other Side was already obliterated before they were introduced to the show, but it does make me curious since they are both witch and vampire. Would they have the capacity to interact with other spirits in the Other Side? Or would their vampirism undermine their witch side?

(edited by administrators)
HybridThe Other Side

Am I the only one? Things were easier back then.

(edited by administrators)
The Other Side

In episode The Departed when Rebekah killed Elena to kill Alaric, he died in his original body. In episode Home he was resurrected by Liv Parker through the Anchor to the Other Side Bonnie Bennett in the ‘new body’. We don't know if his original body was burned or not.

In Legacies the Necromancer was introduced. He can bring dead people back to life (when there isn't the Other Side anymore and the Ancestral Plane is now ghost-less). Maybe he will resurrect Alaric's original body and there are gonna be two Alarics: one human and the other one as Enhanced Original Vampire.

My second theory is since the Necromancer is powerful enough to bring dead people back to life maybe he has the power to bring lost powers back and he will make Alaric Enhanced Original again to use him against Hope (because Hope's grandmother Esther turned Alaric and Hope will be forced to reverse her grandmother's Immortality Spell on Alaric. Doing so will be too much for Hope and she'll die and return as full tribrid/ or non-original werewolf-vampire hybrid >if she will lose her witch side<).

At some point he's time as Enhanced Original Vampire has to retun.