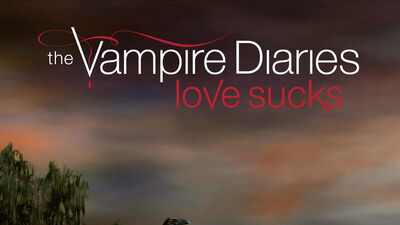 The Vampire Diaries is an American supernatural–fantasy horror/drama television series developed by Kevin Williamson& Julie Plec, based on the book series of the same name by L. J. Smith. The series follows the life of 17-year old Elena Gilbert (Nina Dobrev), who falls in love with a centuries... 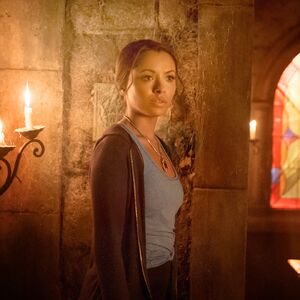 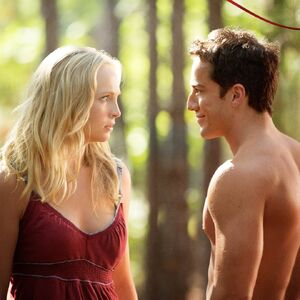 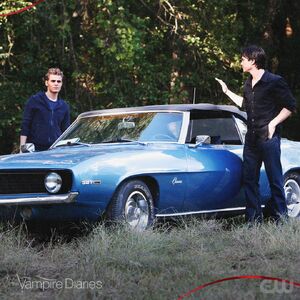 There should be a contest for amateur filmmakers—who can make the best short film about a minor character’s backstory. What TVD/TO/Legacies characters would you want to see a short film about?

There is a scene of klaus saying thats a pity it's also in a gif. does anyone have any idea when it's from like the scene or episode please thank you

Both, in the books and the show, have Katherine and Elena but I wondered if they are called Doppelgängers in the books too - or if that term and everything that revolves around it is something the show invented.

Can someone help me with this question?

where there are all those lame effects and plot is a bit off idk is it because of the budget cause idk know what it is i mean this show is a successor to TVD and TO it should combine those two well and it should have the same budget if not even larger one than it's predecessors?

All in all idk if it's JP's fault or the writers fault but they managed to [a bodily excretion] such a good legacy.

Kai was a marvelous villain, and one of the best in the entire TVD universe. Without a doubt, the best episode of the season was "Kai Parker Screwed Us." Kai was one malicious guy who left nothing but destruction and grief in his wake. He killed several of his brothers and sisters, he killed Jo at her wedding and tried to kill the twins twice, he killed Luke, Liv, and forced Tyler to trigger his werewolf gene. He broke Alaric's heart and put Elena in a sleeping curse, which had an adverse effect on Damon. This led to the invasion of the Heretics, with Julian and Rayna Cruz not far behind. Now, he forced Josie to break the hourglass and ingest the dark magic, which was what she was trying to prevent. Because of that, Dark Josie took her over completely and killed Alyssa, then forced Lizzie to merge with her. Kai had no desire to redeem himself when it was presented (helping Damon and killing Cade). Like Sebastian said, "Some people wouldn't know what to do with a second chance." I think Kai definitely gives Malivore here a run for its money. I hope he will be back in some form.

Who can bonnie with the power of 100 witches beat from the vampire diaries, the originals and Legacies and who can't she beat?

Who couldn't Bonnie defeat from TVD, TO and Legacies with the power of 100 witches?

I don’t know if it’s just me, but the magic in Legacies appears different then in TVD and The Originals. Like it looks more physical and visible. I don’t remember the magic being all that visible in the other two shows. Also Legacies does the slow motion thing all the time that I’m pretty sure the other shows didn’t.

Sorry lol I was just thinking and I read the rules and stuff and they're kinda dumb. This is probably gonna be deleted or something for "not listening to the guidelines", but I just had to get it outta my mouth. so ya. bye.✌️

Edit- I just feel like there is a lot of unnecessary rules in it. So sorry if I offended anyone.

The Vampire Diaries (TV series)
This post is locked.

I feel like they did the merge storyline to early and it didn't feel serious enough like when luke and kai merged, we knew that kai would win but seeing luke die and seeing the characters lose someone and the people who watched TVD the felt that loss too made it a defining moment for the whole merge, but what they did here in legacies it felt like a big joke. The whole time the characters talked about the merge josie feeling like she will lose and lizzie knowing she would win had a great impact on there relationship but when josie started to stand up for her self and we saw her getting stronger as a person made them seem equal in power and uncertain who would win. But then dark josie changed everything alot like kai and luke we knew who would win the merge but instead of building up to that moment and seeing the characters worried and afraid of what would happen they just did it with little to no emotion for any of it, yes they had a plan that would save lizzie from the merge which doesn't really make sense but it worked. And I would think that josie would know that they did something because they have a connection and kai changed when he merged with luke emotionally but maybe all of lizzie magic just went into josie and lizzie is now human and maybe the merge is just the transference of magic or something 🥴. But I feel like the merge should of been taken more serious and not at all what they did with the whole wrestling match thing and the random cringy fight scene between josie and hope. But Since they already did this Hopefully it's the end of the whole merge situation even tho I wish they did it later on, It just wouldn't make sense to continue it after this. But idk what do you guy's think was the merge to early or where you guys just happy they finnaly did something with it.

Tommorrow my boyfriend and I are driving to Clarks Sreet, Georgia (he lives in St. Mary's, Georgia, only about 20 minutes away) to go to all the famous places that they filmed for the show! So excited!

List me your top 10 favourite characters from all 3 shows

What season is the best

And want villain is the best of each show.

(They can be more than one)

The Vampire Diaries (TV series)The Originals (TV series)
Yeah; it was the best of the three shows.
I don't mind.
No, it got boring.

On Several occasions Stefan and Damon tried to kill Katherine I wonder what would have happens if the writers hadn’t thought about the vampire bloodline until later how would that have worked out.🧐🤔

If you were a writer of this franchise, who would you make an iredeemable villian instead of kai and why? And yes you can include klaus, got to be fair here. My only condition is include the big bads, not some minion we barely know anything about so no shen min or malivore monster, its got to be a big bad from the 3 shows.

Do you think a vamp's blood diet effects their mind compulsion ? In the episode when Vampire Vicki dies and Elena asks Stefan to compel Jeremy, Stefan replies it might not work because of how he chose to live (implying he is on animal blood and cannot compel or he could but it might not work, but why not try anyway). In the first episode of TVD, when appyling to Mystic Falls High he compels the secretary to comply that he has all his "papers". He was on animal blood then. Also in Legacies, MG compels his father in the church when revealing he was a vamp. BTW: MG that was stupid, your gonna show your father that your a "demon". He was able to compel his father, plus he was also on "bunny blood".