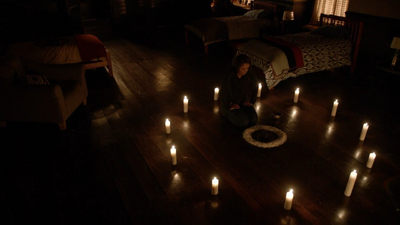 Witches are supernatural beings who are born with the power to affect change by magical means, known as witchcraft. While many witches are the self-proclaimed "Keepers of the Balance," other witches have been known to work against the Balance and use their power for personal gain. The Balance of... 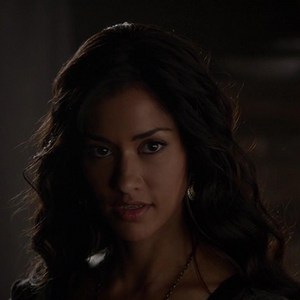 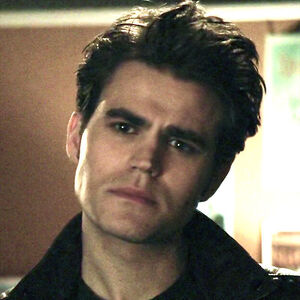 Elijah, finn,kol , Klaus and Rebekah were also immortal then who died in place of them??

It just came to me, in order for Davina and Kol to remain together forever, Davina would have to have some form of immortality, but because she loves being a witch she wouldn’t ever want immortality that would negate her magic, and because I think she’d never ever consider becoming a vampire, she’d never allow him turn her.

So, I think if she simply (I know it won’t be that simple) links herself to Kol, so that as long as he’s alive, she’d never be able to die, she’d achieve “immortality” without having to lose her magic either. Just like how Esther made Alaric’s only weakness Elena, she could make her only weakness Kol. Though, I believe she’d need an enormous amount of magic and knowledge/intellect to pull this off.

Why are siphons born? Their parents have magical genes but why do they become magic siphoners only??

So i’ve got three potential spin off ideas. Disclaimer: I know some of the actors involved wouldn’t want to come back, i’m just brainstorming.

1) A Show about the Past. I would like to watch a show about the beginning of all magic, about how magic came to be and how these people handled and harnessed their power. Also have an origin of werewolves (I know we got that in TO) I would like to see the witches that were the original wolves and how they dealt with the shift. I would also like a Lexi Branson origin. I would also like to see different styles of magic.

3) I would like Katherine and Kai to have a spinoff together. That’s it no backstory just that.

Why does a witch have to lose his/her magic when they become a vampire?

If doppelganger of silas were his shadow self, why were they not witch??

So obviously there were changes within the three shows. In TVD and TO is a lot more violent than Legacies, which has things like Santa Claus and talking pigs.

Also, I feel like TVD and TO are shows about the vampires, but Legacies feels more like a show for witches.

Not really a question, but I just wanted to see if anybody else noticed these things. 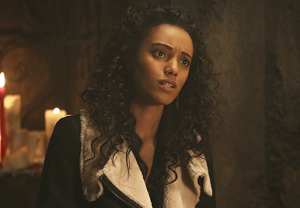 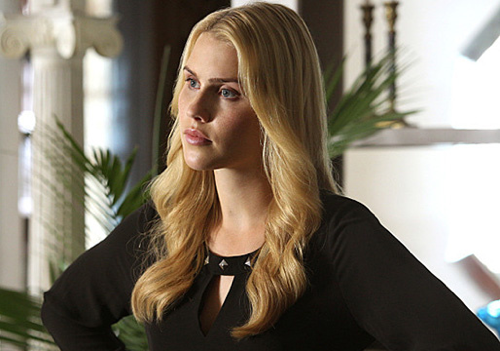 I kind of want to see a witch whose like really traditional. Like a witch whose scared of Siphoners, who hates vampires, I just think it would be really interesting to see our main group deal with those prejudices.

What's your opinion on that? Only a true TVD fan could answer it.

(edited by moderator)
The Vampire DiariesWitch

It is said that Esther is from Norway, if i´m not mistaken, but the word for häxa in norweigan is Heks not Häxa. Häxa is the word that Elijah said was used for witches where his mother came from. The only language that uses Häxa is Swedish, so shouldn´t she be from Sweden?

So the Bonnie-Elena linking spell.

Kai was the leader of the Gemini Coven. He even said there was no witchy work around the spell or else it would kill them both instantly. For 2 season, Elena was gone. Then the last episode happened. Bonnie just breaks the spell. Just like that. No explanation of how she did it. She just said I broke the spell.

So I’m confused. Did she all of a sudden get motivation or a boost of energy from the witches where she thinks she can break the spell all of a sudden? I still don’t understand how she broke it and it frustrates me. Anyone else feel like this?

I think that Landon as Phoenix who was killed via golden arrow is in the same place as Klaus, not afterlife but on Earth as spirit (not corporal as ghost). If Mikaelsons came back to school for Hope's body and Landon's as well (because they know that he is important to Hope) and Freya, Davina, Vincent and rest of New Orleans witches would try to bring them back. Klaus would sense his sister's magic and somehow send Landon back to his body. This would be off-screen but it would be nice to know that even dead Klaus is still taking care of Hope.

So is Nik part werewolf part witch or what?

When a witch turns they lose their powers. If hope dies and turn would she? I had this conversation with a friend and he said yes but I said no. Any thoughts?

is any unexplored witch invulnerable to be compelled? a user is trying to state that this is possible on the show, has it already been declared that this is impossible right?

If a witch and a werewolf have a kid will it be a witch, a werewolf or both ?

Alright, it’s been a wonderful moment following the three series despite some pot holes or loop holes most of us have observed in the series. So I finally came up with a theory that should be able to solve most questions people ask which also give me headaches. Questions such as;

• Why do Witches lose their magic upon becoming a vampire?

• Will Hope still be a witch upon being a vampire?

• Without doppelganger’s blood, Why does hope blood turn Werewolves into Werewolf vampire hybrid?

Look at this, a witch could have their magic stolen(am not referring to been siphoned out), as with the Bonnie. This means a witch could Also lose his/her magic by some means. But not so with a Werewolf. A Werewolf can’t lose his nature or have it stolen. Once it’s triggered it’s permanent. Since a witch could lose his/her magic or have it stolen, it then makes sense why a witch would lose his/her magic upon being a vampire. But as for a Werewolf, the Werewolf will have to die(during transitioning if not feed with a doppelganger’s blood). The reason is because the Werewolf won’t be able to lose his Werewolf power like the witch who will lose the magic and live as a vampire.

Now look at The first Originals, they ought to be witches but they lost that attribute upon being a vampire, why? Also Did you observe that since Klaus is a Werewolf and his mother is a witch, he ought to be a Werewolf witch hybrid? And that’s why is daughter is a witch. Since the Werewolf power and that of the witch can’t co-exist with Vampirism, it means klaus ought to have died in transitioning to a vampire while his siblings completed theirs. But klaus survived, how?

Here is the trick, amongst the ingredients Esther used was a doppelganger’s blood which turned out unknowingly to anyone that the blood was powerful enough to serve as anchor to keep the Werewolf part of klaus in co-existence with his vampire part. This was brought to light as doppelganger’s blood was needed to make Tyler the first hybrid in the TVD.

Unfortunately the witch power of klaus was lost, with his siblings experiencing the same.

If there had been an ingredient to serve as an anchor for the witch power and Vampirism to co-exist, klaus would have been a tribid and his siblings Original witch vampire hybrids. This means that the blood of any of the originals would turn Witches into regular witch vampire hybrids as long as the witch made use the anchor as in the case of creating Werewolf vampire hybrids with the doppelganger’s blood.

As for hope, her blood turns werewolves into hybrids without the need of an anchor which is doppelganger’s blood. It’s possible her blood will turn witches into Witch vampire hybrids without an anchor. Why this seems possible is that her powers came from birth and not a ritual.

When she turns vampire, her Vampirism will co-exist with her witch power and Werewolf power. It’s that simple.

Please I want to know your say on this theory of mine.

Thank you for reading.