Jason has found his prey and sets up some surprises for Stefan.

We open the episode with Jason entering Stefan's bedroom, he says that he could walk safely through this room during day as he assumes that vampires can't walk out during the day. He puts a cross on a table and stashes some garlic into his drawer. He also mists Stefan's bed with holy water. He suddenly sees Stefan's journal on his table and walks up to it. Intrigued by that he is amazed as he notices a bookshelf full of diaries. He grabs the newest one and reads it. In the diary he reads about Stefan's encounter with Elena. We see Stefan, Elena and Bonnie in a flash while Jason reads the diary. Angered he throws the diary away and faces towards his camera and talks of his intention to kill Stefan for good with a stake to his heart. 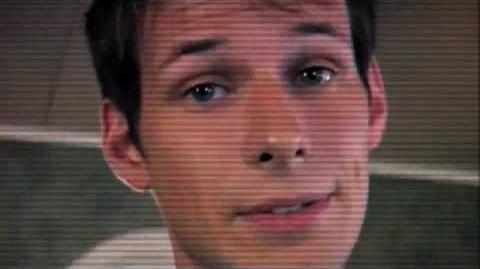 Retrieved from "https://vampirediaries.fandom.com/wiki/A_Darker_Truth_(Part_2)?oldid=2460026"
Community content is available under CC-BY-SA unless otherwise noted.