Brett Matthews
“
My whole life has been one trauma after another trauma, and if I have to become a Tribrid, it's like I'm stuck in that trauma forever. Just like I'm stuck with the memory of all the family that I've lost.
”
— Hope

HALLUCINATIONS — Stuck in a hallucination, Hope, Josie and Lizzie are forced to find their way out of a sci-fi nightmare. Elsewhere, Alaric sends MG, Kaleb and Jed on a team building mission. Ethan also appears.[2]

Opening in the theme of the Star Wars movie, A New Hope, Lizzie and Josie find themselves aboard a spacecraft, where they witness fighting between soldiers and the mysterious figure that emerged from the pit. Lizzie is a princess, whilst Josie finds herself as Lizzie's android sister and personal valet. Josie uses her abilities as an android to scan the spacecraft for an escape pod, and when one is secured, the two land on a nearby planet. It is on this planet that they meet Hope, disguised as a scavenger.

MG moves back to the Salvatore School following his encounter with the wendigo. He finds himself outcast, however, by Kaleb, his best friend. Alaric witnesses the behaviour by Kaleb, and calls the two into his office. He tells Kaleb that he needs Kaleb's assistance with something wendigo related, but Kaleb isn't too happy when he realises that this involves working with MG.

Back on the planet, Josie, Lizzie, and Hope discuss their current situation. Josie remembers something, and takes the piece of technology from the side of her temple, activating it to become a hologram of their father. Alaric tells the girls that he has gone to search for the "soul star", and that the three of them should not follow him. Nonetheless, the three girls have an idea of where to go. Lizzie brings them to a bar but the three are confronted by a monster with a gun threatening to shoot them if they do not know the password. Suddenly, Lizzie produces the password and is questioned about how she knew the password. Lizzie reveals that this is her fantasy they are experiencing which she wrote in her diary as a child.

Lizzie, Josie, and Hope are granted access to the bar where they talk with "Dark Romo" (an alternative appearance of Ethan) about the whereabouts of Alaric. Romo tells the three that he has been searching but has not found him, but has heard of an Alaric Saltzman living nearby. Hope is shocked when Romo fails to connect the dots between Saltzman and "Saltzstar". When Lord Marshall, the villain of the story, appears, the three leave immediately on quest to find Alaric.

Meanwhile in the woods, Kaleb and MG prepare to bury the corpse of the wendigo. Their is an awkward tension in the air, and MG asks Kaleb if they can talk. They're interrupted, however, when Jed arrives unexpectedly and thanks MG for allowing him to tag along. MG remarks that Kaleb didn't mention it, but is surprised to see Jed and Kaleb greeting each other with their own handshake.

Alaric brings Dorian dinner in the hospital, but the two are interrupted when Emma arrives. Dorian tries to play it cool, citing that Alaric convinced him to help, but Emma is furious at Alaric's involvement with Dorian and his injuries.

Back on planet Mystic Falls, Josie, Hope and Lizzie arrive at Alaric's hut. They talk with him, and he reveals that he had no luck finding the soul star, but will continue looking. As the three leave, Josie remembers that the three have been in possession of the star all along. This causes conflict when Lizzie realises that Josie read her journal, but the two have no time to argue as they are surrounded by ninjas; it is revealed that they have been set up by none other than Alaric. The three find themselves locked in a cell by Alaric, bound with magic suppression cuffs.

Back in Mystic Falls, however, Emma is furious with Alaric, who tries to play off the whole ordeal with Dorian, even citing that the situation is not as serious as she is making it out to be. They are interrupted, however, when an alarm sounds and numerous doctors rush to Dorian's room. Inside the room, a doctor explains that Dorian will not stop bleeding, and it is at this moment when Alaric is forced to reveal to Emma that Dorian was attacked by a wendigo.

Having finished burying the wendigo, MG confronts Kaleb and Jed about their behaviour. When they realise that the wendigo's body is missing, Kaleb surmises the the whole experience has been a set up by Alaric to get the three talking once more. With this, Kaleb tells the two that he is leaving and speeds off.

Back in their cell, Lizzie, Josie and Hope talk about where the story could be going. Lizzie explains that she stopped writing the story at this point when she got scared, and is therefore confused about the fantasy they are living within. Lizzie does reveal, however, that Hope was Lord Marshall in her story, therefore more questions arise about the reality they are experiencing. Moments later, they are freed from their shackles and prison by a mysterious figure who, upon removing their hood, is revealed to be none other than childhood Hope.

Hope Marshall takes the trio to her hideout, where she explains that the Hollow is the mysterious Lord Marshall. This raises questions with Lizzie and Josie about the Hollow, and adult-Hope eventually reveals that they defeated the Hollow previously. Believing that it is up to her to save the day, Hope uses her magic to subdue the other three and leaves to fix what she started.

Upon awaking, Josie, Hope, and Lizzie set out in search of the Salvatore Palace, where they believe Hope is heading having hastily exited. Hope remarks that the journey will take them three days, but they are pleasantly surprised when Alaric arrives shortly after explaining that he has had a change of heart and will help them in their quest.

As Kaleb is about to leave the Woods, MG stops him and asks for a ride back to the Salvatore School. Kaleb asks about Jed, and MG remarks that he can walk. With this, Kaleb attacks MG, citing that MG would never leave a man behind. It is revealed that the wendigo is still alive and masquerading as MG. Jed and Kaleb arrive moments later and, witnessing the event, both attack the wendigo. MG eventually defeats the Wendigo and the three enjoy toasting marshmallows whilst burning the body. When Jed leaves for a moment, MG and Kaleb talk, and seem to resolve their issues.

At the Salvatore Palace, Hope battles Lord Marshall and is able to defeat the figure. As Hope, Lizzie, Josie, and Alaric arrive, Hope removes Lord Marshall's mask and it is revealed to be Malivore. Hope remarks that she knows how to defeat Malivore; Hope must become the true tribrid.

As they awaken, Lizzie and Josie try to convince Hope that the vision may not occur. Hope is reluctant to believe them, however, and remarks that her purpose since birth was to defeat Malivore. As they enter Andi's cabin, they are shocked to find that Ryan Clarke has returned. 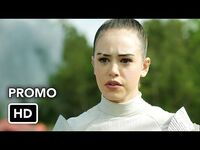 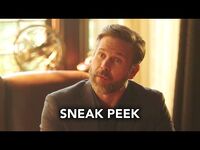 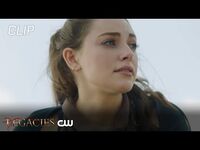 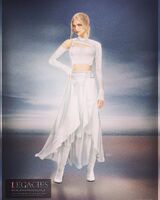 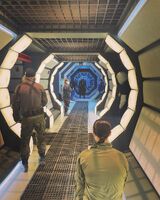 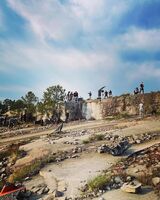 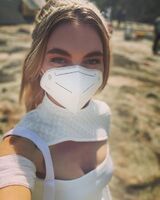 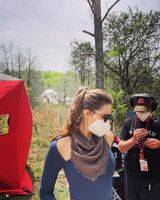 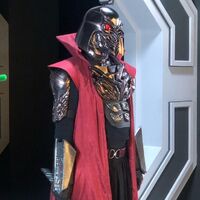 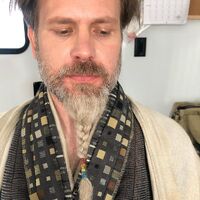 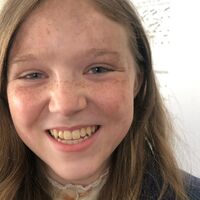 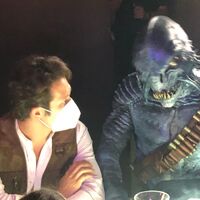 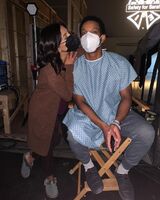 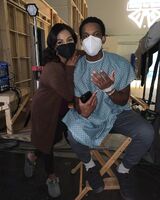 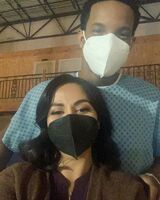 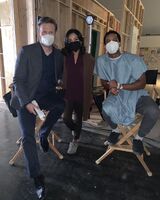