REBEKAH IS BACK WITH A VENGEANCE — Appearing unexpectedly at Mystic Falls High School, Rebekah wastes no time trying to force Stefan, Elena, and Caroline to answer her questions about the search for a cure for vampirism, leading to a bombshell piece of information from Elena. When Bonnie's father, Rudy Hopkins, accepts the role of Interim Mayor, he makes it a priority to protect his daughter, who isn't at all comfortable with the role he suddenly wants to play in her life. Professor Shane continues to encourage Bonnie to believe in her powers, but he soon finds himself in danger when he reveals too much to the wrong person. Later, Caroline does her best to comfort Tyler after a violent confrontation. Meanwhile, at the lake house, Damon and Matt train Jeremy, trying to raise his game as a hunter, but Klaus is impatient with their progress and intervenes to speed up the process.[1]

Following Carol's death, Bonnie's father steps in as the new mayor and show concern about Bonnie. Meanwhile, Rebekah and April work together to get Elena to speak to Rebekah, trapping Elena in the library. Stefan is called to rescue Elena, and he calls Caroline for backup. Both are tricked and locked into the library with Elena, although Rebekah allows April to leave. Meanwhile Damon and Matt continue training Jeremy to expand the hunter's mark. Klaus gets impatient and Damon shoots him several times for killing Carol. Regardless, Klaus offers to provide vampires for Jeremy to kill starting with a pizza delivery woman; she attacks them, forcing Jeremy to kill her. Bonnie talks to Shane, who gives her an amulet made from human bone. Kol soon shows up and abducts Shane, taking him to the school's library. Rebekah talks to them about the cure and more personally, to Elena about her break up with Stefan and her feelings for Damon, in an effort to torment Stefan. Tyler gets a call from Rebekah to rescue his friends. Kol brings in Shane and tortures him for the location of the cure. Shane tells Kol and Rebekah about Silas, and how he intends to release him and how Silas will resurrect those who died on his behalf.

Rebekah refuses to listen and Kol attempts to drown Shane and impales him, but Bonnie manage to put a protection spell on Shane; but April suffers from the spell due to a link between her and Shane. Tyler arrives and Rebekah compels him to turn. As Tyler begins to transform, he tells his friends to run for it. As they do, Stefan finds an unconscious April with Bonnie and manages to revive her, telling Bonnie to get her out. When Tyler turns back to his human form, Caroline finds him and he reveals that he blames himself for everything. Rebekah walks up to Elena and Stefan and offers to erase Stefan's memories of Elena, but when he accepts, Rebekah goes back on her word; saying that Stefan's pain is her own revenge.

At the end of the episode, April talks to the sheriff and the mayor, revealing that she knows about the supernatural and everyone's lies. Damon and Elena talk on the phone and Elena says that sire bond or not, she loves him. Damon tells her to meet him at the cabin. Rebekah comes to Stefan saying that she still wants the cure so she can use it on Klaus, and Stefan agrees to help her. Klaus calls Jeremy, Matt and Damon to a bar, full of people transforming into vampires. 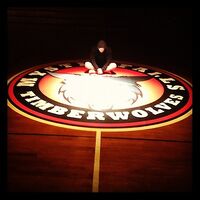