Brady was a werewolf in Jules' pack and was also in a relationship with the presumed Alpha of his pack, Jules, and was a friend and fellow packmate of Mason Lockwood. After Mason's disappearance, Brady and his wolf pack traveled to Mystic Falls to learn what happened to him. Once they learned he had been killed by Damon Salvatore, they decided to avenge Mason's death. Brady tortured Caroline after she was taken hostage by Jules, and then he and the pack engaged in a fight with the Salvatore brothers over Tyler Lockwood, and was subsequently neutralized by the witch Jonas Martin. Afterward, instead of leaving town, Brady headed to the Gilbert lake house with Tyler to capture Elena Gilbert, as they believed that the the doppelgänger could be sacrificed in order to break the "Sun and Moon" curse, though he did not know that the curse was fake. Brady was ultimately killed by Stefan Salvatore in order to protect Elena.

Little is known of his early life other than he killed an unknown man and triggered his werewolf curse and became a member of Jules' pack.

In Daddy Issues, Brady arrived to Mystic Falls in his RV after being asked to come up with the rest of the pack by Jules following the revelation that Mason was killed by Damon. When Jules tracked him down in the woods, they began making out, revealing that was Jules' boyfriend. Jules made it clear that her priority was finding Tyler and getting him to join their pack, as he had just triggered his werewolf gene, but Brady said that they could help Tyler and avenge Mason by attacking the Salvatore brothers at the same time. He then helped her kidnap Caroline and bring her back to his RV, where he put her in a cage and tortured her with wooden bullets and a water gun filled with vervain water. After Tyler managed to let Jules know that Stefan was technically holding him hostage to use as leverage to get Caroline back, Jules called Stefan back to let him know that Caroline would be killed in twenty minutes if he didn't bring Tyler to them. When Stefan and Tyler arrived, Jules and Brady attempted to make arrangements until Damon arrived. Afterward, she called out the rest of the pack to ambush and kill the brothers. Both Damon and Stefan fought Brady and the others and were almost defeated by the werewolves, but Jonas intervened and saved them on Elijah's behalf, as he had promised to keep Elena's loved ones safe until they lured his brother Klaus Mikaelson to town.

In Crying Wolf, he learned that the Petrova doppelgänger was hiding in Mystic Falls at her family's lake house and traveled there with Tyler to find her. Once there, Brady shot Stefan, who was outside chopping firewood, with wooden bullets to temporarily neutralize him and then gave the gun to Tyler to keep an eye on him while he went after Elena in the house. He chased Elena around the house, forcing Elena to defend herself by stabbing him with a knife, and taking off her sweater in order to lead him astray with her scent. Stefan informed Tyler that Elena, the doppelgänger, needed to die in order to break the curse, which convinced Tyler to let him go to save her. Just as Brady chased Elena outside, Stefan intercepted him and ripped his heart out, killing him instantly.

He was shown to be aggressive and arrogant, thinking the pack can take Tyler on their own terms and killing whomever comes in their way. He has no problem going after vampires or humans, and shows a sadistic streak.

Brady was a man who appears to be in his early to mid twenties, with short dark brown hair. He was tall, standing at 6'1" with broad, strong "wolf-like" and masculine features, and high cheekbones. He was almost always seen in jackets and jeans, dressed for travel or camping, and typically has facial stubble. He almost always appears to be serious, but he was very attractive.

Brady possessed all the standard powers and abilities of a non evolved-werewolf.

Brady had the typical weaknesses of a non evolved-werewolf. 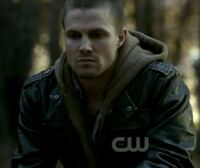 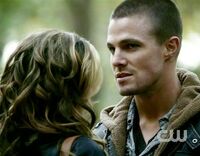 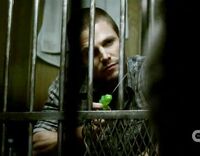