UNEXPECTED VISITORS — At the re-opening of St. Anne's Church, Father Kieran finds himself in a great deal of trouble after a run-in with a witch from his past. Marcel and Rebekah grow concerned when the reemergence of someone they once knew threatens to expose secrets they've kept buried for nearly a century. Elsewhere, Sophie is shocked when a discovery is made at the cemetery, but she soon realizes things may not be as they seem. With the full moon looming, Hayley lets Rebekah in on her plan to throw a party for her werewolf clan, but things take a dangerous turn when uninvited guests arrive. Meanwhile, Camille is conflicted when she makes a difficult decision involving the safety of Father Kieran, and Elijah finds himself facing his own dilemma when he has to choose between Hayley and his siblings. Finally, when one of his plans fails, Klaus takes drastic measures in the Cauldron, resulting in dangerous repercussions that affect everyone involved.

A girl wakes up to discover she's buried in a dark tomb. She tries to get out but can't and starts to scream for help. As Sabine Laurent/Céleste Dubois is giving a tour around the cemetery, the same girl bursts through her tomb. Sabine/Celeste welcomes her back to the land of the living. Sophie shows up soon afterward and sees that the girl is her niece, Monique Deveraux.

Over at St. Anne's church, Kieran is giving a service in honor of the church's reopening. Afterward, Klaus receives a phone call from Diego informing him that found Papa Tunde's been found dead. While they go to investigate further, a witch walks up to Kieran and puts a hex on him, very similar to what happened to Cami's brother Shawn.

Rebekah informs Elijah and Klaus about Monique's return, which makes Marcel wonder if the same can be done for Davina if the witch that replaced her is killed. He goes to find Sophie and Monique, asking them to help him track down the other three witches. Sophie agrees, but on the condition that he provide both of them with money to flee the French Quarter since they'll be betraying their fellow witches. He agrees.

Elijah asks Rebekah to take Hayley over to the plantation to ensure her safety. She agrees, but becomes concerned once she discovers Genevieve was one of the witches resurrected. She fears Klaus could end up finding out that she and Marcel conspired against him. She tells Marcel to take care of Genevieve like they did so many years before. Kieran goes to see Cami at the bar and informs her that he's been hexed. A witch approaches both of them and gives Cami the dagger of Papa Tunde. If she stabs Klaus in the heart with it then she promises to lift the curse on her uncle.

Cami meets with Klaus at church with the dagger in hand, but decides to give it to him, thinking he'll easily be able to fight off the witches. However, after he unsuccessfully attempts to compel Kieran to fight the hex, he decides to abduct Monique as leverage. Given that it's the night of a full moon, Hayley decides to throw a party for her werewolf family since it's the one night each month they can resume their human form. She persuades Rebekah to join, who quickly cozies up to a pack member named Oliver. At the same time, Hayley is introduced to Jackson, the wolf watching over her since she arrived in New Orleans. He informs her that their families used to be very close. So close, in fact, that they were actually arranged to get married.

Suspicious that Celeste was residing in Sabine's body, Elijah confronts her in private and demands to know what her end game is, since this was clearly a plan set in motion a long time ago. She kisses him, but then admits that she's furious he's continued to stay by Klaus' side, even after her death and wants to put that family bond to the test. Immediately, Elijah grows weak and falls to the ground. There was poison on her lips when he kissed her and the effects are taking hold. She informs him that Klaus, Rebekah, and Hayley are all about to be in very serious danger, but in his weakened condition, he won't be able to save them all. He'll have to choose. Klaus drags Monique around the Quarter, demanding that the witches reveal themselves or the girl will die. Marcel catches up to him and insists that he won't let him harm a child. They quarrel and, in the process, drop the dagger. Just as Klaus snaps Marcel's neck, Sophie grabs the dagger and plunges it into Klaus, who falls down in pain.

Back at the plantation, Jackson explains to Hayley that their families are basically like royalty, but when their lines were fighting it allowed the vampires to take over. He assures her that she can lead them back to greatness, especially since she's about to lift the curse. Hayley has no idea what he's talking about. Jackson says her witch friend explained everything and Hayley remarks that she doesn't have a witch friend.

Rebekah is making out with Oliver in the woods. He stops and apologizes as he walks away, explaining that it's all part of the deal. Rebekah looks around and sees that she's surrounded by werewolves.

Elijah wakes and receives a phone call from Hayley. He tells her to find Rebekah and stay with her, but when she tries to leave the house the doors lock and a fire erupts from all sides. Elijah immediately rushes over to save both her and Jackson. Rebekah lies on the ground covered in blood, Genevieve stands over her and says she's going to enjoy this. When Elijah discovers both his siblings have been taken, he vows to kill all of the witches.

Hayley and Jackson say their goodbyes for now, though she promises that she won't rest until the curse on them is lifted. At the same time, one of Celeste's witches runs in to inform Cami that Klaus has been daggered. However, since Cami didn't hold up her end of the deal and chose to side with the enemy, Kieran's hex will not be lifted. Sophie tries to make an escape with Monique, hoping to give her a normal life. But Monique doesn't want to leave and resents Sophie's lack of faith among the witches. Using her mind control powers, she kills Sophie and goes off to join Celeste and her other fellow witches.

Crescent City is the name of the following places in the United States:

Klaus: "This isn't witches attacking vampires-- they're declaring war on us."
Céleste: "I'm not here to kill you Elijah, I'm here to teach you the error of your ways."
Elijah: "It's not everyday that someone asks you to betray your own brother."
Monique: "Help."
Klaus: "The stench of witches is in the air."

Rebekah: "Are you worried about Hayley or whether or not you can trust me?"
Elijah: "It's precisely because I trust you that I'm asking you to do this."
Rebekah: "Here's a novel idea-- why don't you let Hayley decide for herself? Why are you dictating her fate."
Elijah: "You know why."
Rebekah: "Then perhaps you should take her yourself."
Elijah: "Well then that would make me the very hypocrite you accuse me of being, Rebekah I cannot legislate my feelings. My actions, however... So, would you kindly do this for me."

Klaus: "Camille, I can see why you hate me. Truth be told, I have done some dreadful things. But the lies your uncle told were meant to protect you. He is a good man with a loyal heart. And he is your family."

"Vampyre Of Time And Memory" – Queens Of The Stone Age

"Come With Me Now" – Kongos 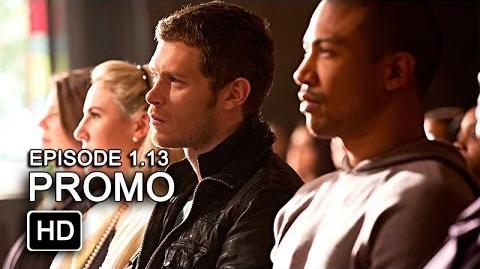 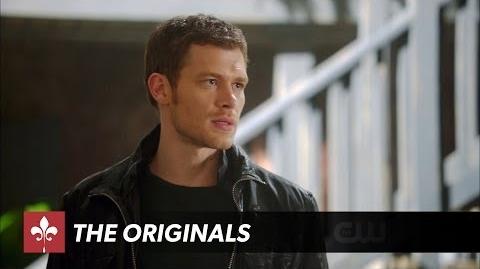 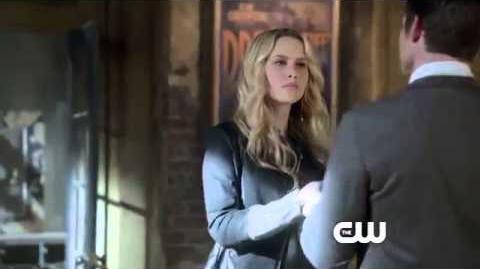 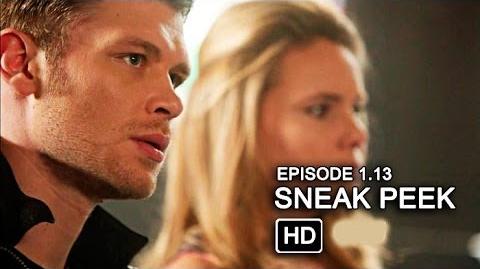 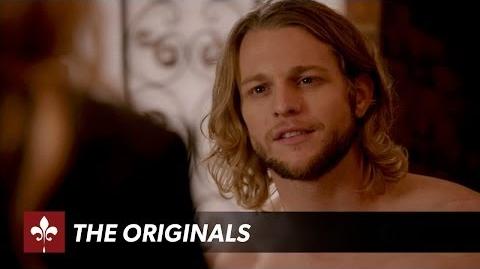 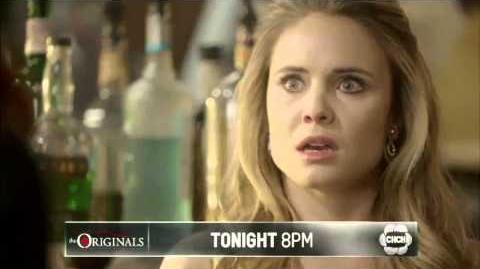 Retrieved from "https://vampirediaries.fandom.com/wiki/Crescent_City?oldid=2785562"
Community content is available under CC-BY-SA unless otherwise noted.