Daniel Warren was a character who first appeared in the eleventh episode of the third season of The Vampire Diaries. He was a werewolf who was turned by Klaus into a successful hybrid. After the death of his friends Tony and Mindy, Daniel became Klaus' new right hand man. Stefan tried to kill him once but Damon stopped him, then Daniel continued his work for Klaus even when he had to send the rest of his hybrids away from Mystic Falls. Daniel helped Klaus with getting the coffins of his family members by threatening Bonnie's mother, Abby. Daniel is later killed by the Original vampire Elijah, who ripped out his heart.

Nothing is known about Daniel's early history.

In Our Town, after Stefan Salvatore decapitated Mindy, Daniel asked Klaus what he should do with her head. Klaus told him to burn it or whatever since he didn't really care. Later in Lockwood Mansion, when Daniel goes upstairs, Stefan stabs him with a knife and tries to kill him during the party by decapitating him, but is stopped by Damon Salvatore.

In The Ties That Bind, Daniel was sent by Klaus to Abby's house. Daniel asked Klaus how is it without any hybrids around, Klaus tells him it's a little boring, but he's getting friendly with the sheriff who is useful. Daniel then went to Abby's house and rang the bell. Abby answered and Daniel asked if she is Abby Wilson which she confirms. Daniel then threatens to have her adoptive son, Jamie, killed if she doesn't find the location of the coffins of The Originals. After Abby failed to get her daughter to tell her where the coffins are,

Daniel tells her that she should try again. Abby then gets the location from her daughter and tells Daniel where they are, but unknown to him Bonnie Bennett texted Damon and he moved the mystery coffin right before Klaus came. Daniel and Klaus then placed the remaining coffins in his mansion. Daniel asked Klaus if he was going to open them and Klaus told him not yet since first he had to take care of something. Daniel was then killed by Elijah who ripped his heart out.

Daniel was calm and followed Klaus' orders without hesitation.

Daniel was young man with a tall stature and athletic build. He had reddish-brown hair and brown eyes. He mainly wore black colored clothing and a jean jacket.

Daniel possessed all the standard powers and abilities of a non-Original werewolf-vampire hybrid.

Daniel had the typical weaknesses of a non-Original werewolf-vampire hybrid. 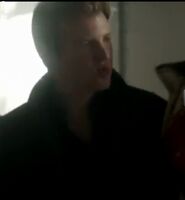 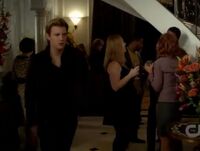 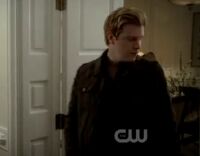 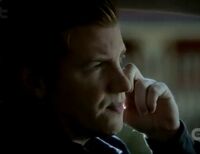 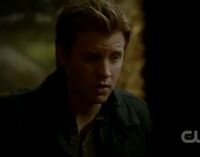 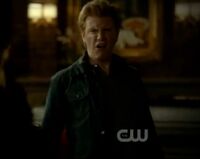 Retrieved from "https://vampirediaries.fandom.com/wiki/Daniel_Warren?oldid=2787780"
Community content is available under CC-BY-SA unless otherwise noted.