THE PARTY’S OVER - At Whitmore College, Elena and Caroline decide it’s time to throw a big party, but their plans are interrupted when Jesse suddenly needs Caroline’s help. At Elena’s request, Damon comes up with an effective method to get Wes to answer his questions. At the party, Elena finds that she and Aaron have a lot in common, and Caroline grows more concerned about Jesse. Meanwhile, Katherine does a favor for Matt and manages to get through to Stefan, who is still struggling to overcome the events of the summer. Finally, Bonnie does her best to cope with her new reality, and Damon makes a terrifying discovery about a secret society.

Stefan: "I thought that killing Silas would have let me move on with my life, but I was wrong."
Bonnie: "See you tonight?"
Jeremy: "Yeah."
Unknown witch: (to Bonnie before passing though her to the Other Side) "I'm ready."
Bonnie: "We knew there'd be consequences."
Katherine: "Stefan, relax."
Stefan: "I can't.. do that!"

Damon: "So, apparently we've been invited to a college party." (He pauses when he hears nothing but silence from Stefan) "Yeah, that was my first reaction too. But then Elena promised ..... alcohol." (Damon sees Stefan is in the midst of a panic attack and becomes concerned) "Stefan, are you okay?"
Stefan: (embarrassed) "Yeah, I'm fine."
Damon: (worried) "How about my favorite ..... chair?"
(Stefan realizes that he clawed through the arm of the leather armchair and quickly takes them out)
Stefan: "Just tell Elena thanks, but I'm not really up for a party tonight."

Elena: (to the newly-turned Jesse) "First rule of being a vampire is realizing how awesome you are."

Elena: "Okay. I know this is going to sound lame, but-"
Damon: "Anytime you start with "This is gonna sound lame," guess what? It is!"

Katherine: "Dear Nadia... Sorry I had to kill your boyfriend, but it was the motherly thing to do. Suicide, however? Not very motherly of me. I ran from my enemies for 500 years, and then one day, I stopped. Now, a new enemy wants me dead. Sure I could run from the Travelers, but there's still one enemy that I can never escape-- time. So, call it pride or vanity, but after the life that I've led, I refuse to drift off into the sunset. Good-bye, Nadia."

Stefan: "Hey. You're Katherine Pierce. Suck it up."

"The Night Out" – Martin Solveig

"The Other Side" – David Gray

"My My Love" – Joshua Radin 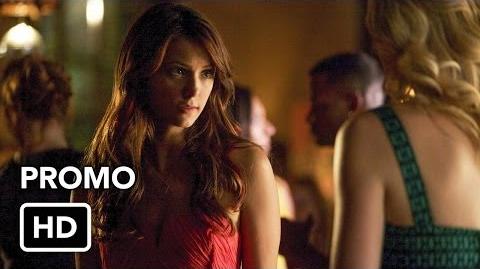 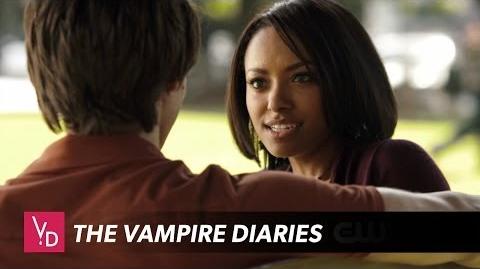 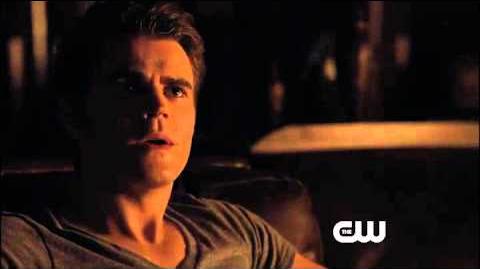 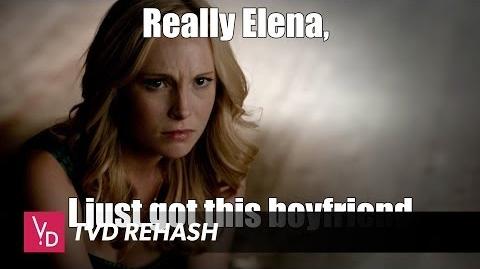 Retrieved from "https://vampirediaries.fandom.com/wiki/Dead_Man_on_Campus?oldid=2730126"
Community content is available under CC-BY-SA unless otherwise noted.