THE POWER OF DOPPELGÄNGERS - While Elena and Damon try to explain Amara's situation to Stefan, Dr. Wes gives Katherine some deeply disturbing news. Nadia shows up at Caroline's dorm room, searching for Katherine. After a surprising conversation with Amara, Jeremy and Bonnie share a glimmer of hope. Silas fails to keep a promise, causing Damon to turn to Qetsiyah, for help with his new plan, and Stefan makes a heartbreaking confession to Damon and Elena.

Silas heads back to Mystic Falls to find Amara. He no longer plans to help Damon bring Bonnie back to life after Amara attacked him. All he wants is to find her and kill her to destroy the Other Side and then kill himself so they can be together forever in the afterlife. Amara is kept at the Salvatore house's basement where they all try to keep her alive and safe. Jeremy brings her some food and Bonnie's spirit is also there. Jeremy and Bonnie are very surprised to discover that Amara can see and feel Bonnie and after this they have the idea of Bonnie taking the place of Amara as the anchor. They share this with Damon and Elena who agree to try it, only that they need a witch to perform the spell so Damon heads to Qetsiyah's to make a deal with her.

Qetsiyah agrees to help them since with that switch, Amara will die and the Other Side will remain existent so she can be there with Silas for the rest of time. To perform the spell she needs blood from all three doppelgängers, Elena, Katherine and Amara. Elena and Amara are already in town, they only need Caroline to bring Katherine back to town as well. Katherine, who got bad news from Maxfield that she is just aging and there is no way to stop it, agrees to come back with Caroline. Katherine makes a deal with Qetsiyah that after the anchor spell Qetsiyah will help her to find a cure to stop the aging, otherwise she won't give her her blood that is required for the spell. During the spell, Silas intervenes and tries to stop it. The power goes out and in the chaos, Stefan – who just wants revenge against Silas after what he has done to him – kidnaps Amara while Silas and Qetsiyah start fighting. Silas impales her with a fireplace poker when Stefan calls him to say that he has Amara and if he doesn't find them in 10 minutes, he will take her away and keep her alive forever. Silas leaves to find Stefan and Amara.

Silas finds Amara tied on a tree and while he tries to untie her, she begs him to kill her. Stefan appears and they start fighting, with Stefan finally stabbing him. Silas dies and Amara stabs herself. In the meantime, Elena finds Qetsiyah and makes her finish the spell so that Bonnie becomes the anchor. She manages to finish the spell just in time before Amara dies. Bonnie becomes the new anchor and Silas is trapped on the Other Side.

Now that everything is done, Katherine finds Qetsiyah to ask for her cure only to find that Qetsiyah changed her mind and all she wants now is to die and meet her true love on the Other Side. She kills herself without finding a cure for Katherine. Katherine is once again alone since now that Bonnie is back, Caroline asks her to move out of their dorm. Nadia appears to ask her to go back with her to Prague, but Katherine turns her down. Caroline is shocked by the fact that Nadia is Katherine's daughter.

Qetsiyah needs to pass to the Other Side, but before she does, she informs Bonnie that from now on, whenever a supernatural creature dies, they will pass through her since she is the anchor and she will feel every death. Before she passes through her, she warns her that it hurts. Qetsiyah passes through Bonnie and Bonnie screams in pain. The episode ends with Stefan burying Silas. Stefan thought that by killing Silas it would make the pain go away but the memories are still there haunting him and he collapses in pain.

Stefan: "Silas needs to die, and I need to be the one to kill him."

Elena: "We have a situation."
Damon: "Of the doppelgänger variety."

Damon: "You remember Amara, right? Brunette, brown eyes, I'm surprisingly not in love with her?"

"Don't Swallow The Cap" – The National

"Afraid Of The Dark" – Ejecta 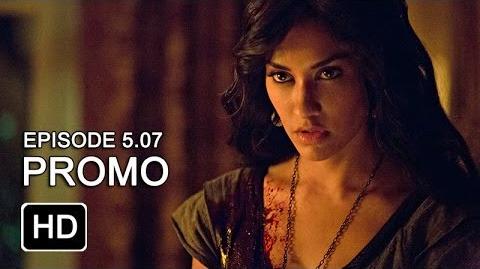 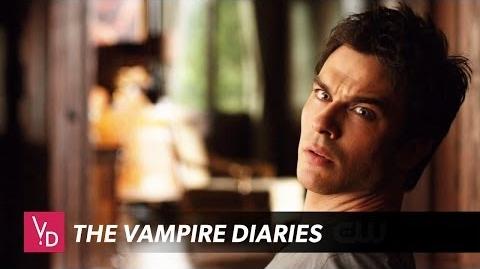 The Vampire Diaries - Death and the Maiden
Extended promo 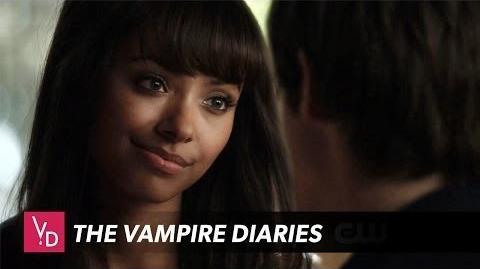 The Vampire Diaries - Death and the Maiden Clip
Webclip 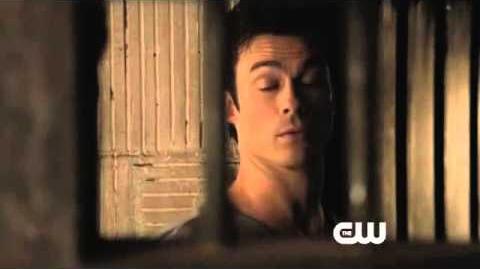 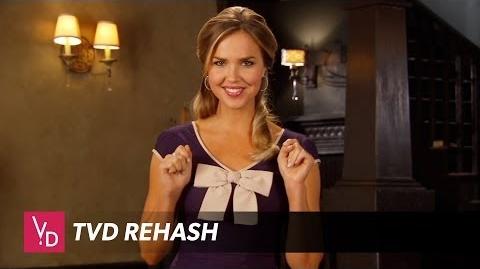 The Vampire Diaries - Rehash Death and the Maiden
Rehash 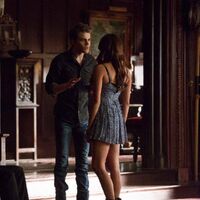 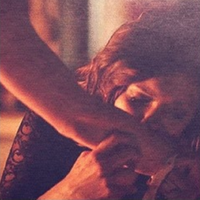 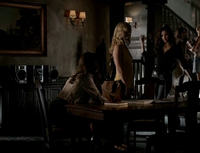 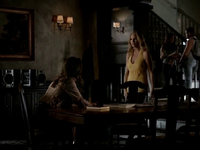 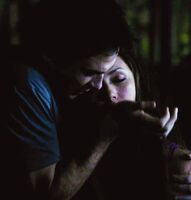 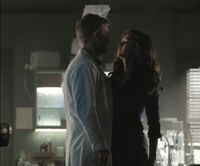 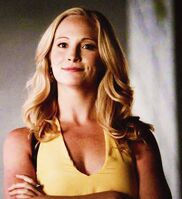 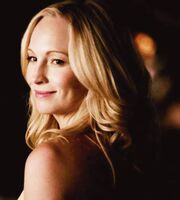 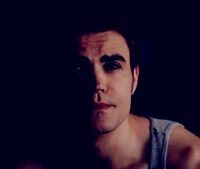 Retrieved from "https://vampirediaries.fandom.com/wiki/Death_and_the_Maiden?oldid=2785301"
Community content is available under CC-BY-SA unless otherwise noted.