Exhibition of the First Immortal

At the Exhibition of the First Immortal, Professor Atticus Shane gave a presentation on the history of the world's very first immortal being, Silas, and the story about his relationship with his former best friend, Qetsiyah, and his tragic fate involving his true love.

A witch so powerful, in fact Silas-- that was his name-- created a spell that would grant him... Immortality. Now, the legend says that Silas did the spell with the help of a lady witch who loved him, a woman named Qetsiyah. Sadly, for Qetsiyah, Silas wanted to give immortality to another woman. So Qetsiyah killed her and buried Silas alive, leaving him powerless, immortal, and alone. Now, it's said that Silas wants to rise again, regain his power, wreak havoc on the world.

Days after exposure, Shane mentions that Silas found a way to reverse the immortality, but his former best friend buried him in darkness along with the cure. 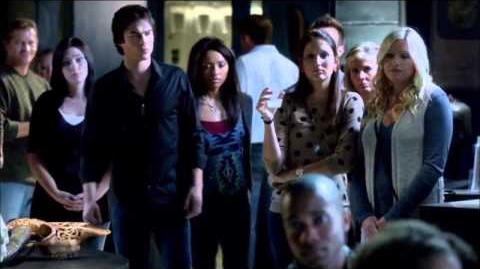 Retrieved from "https://vampirediaries.fandom.com/wiki/Exhibition_of_the_First_Immortal?oldid=2636649"
Community content is available under CC-BY-SA unless otherwise noted.