FINDING PEACE — The Super Squad pulls out all the stops when they learn some devastating news involving one of their own. Alaric turns to Sheriff Mac for help getting some timely affairs in order. Hope, Landon, Lizzie, MG, Rafael, Kaleb and Jed also appear.[3]

Rafael imagines himself fighting a knight with Excalibur in a previous life; he is saved by Hope, when he is knocked to the ground, however. Rafael is snapped back to the present where he tells Landon that his versions of events are not how things went down, and that they should stop reading fantasy books. Moments later, Rafael begins to bleed from his nose and begins vomiting a black substance onto the carpet of their room.

Alaric believes the Necromancer is at fault and, upon confronting him on the issue, is told that he should be careful given the Necromancer's new found powers. The Necromancer explains that the second deal he made with Alaric all but caused the current events, and Alaric is forced to walk away furious with himself and in search of a solution to their issue.

Rafael is brought to the witches, where his blood is taken and several tests are ran on him. He is reluctant to sit around and wait for the diagnosis, however, and tells Landon that doing nothing wont help. Moments later, as the "Super Squad" discuss Rafael's diagnosis and try to work out a solution, Hope bursts through the door to alert everyone that Rafael has left the Salvatore School.

Landon and Rafael arrive at Walt's cabin, but Rafael is saddened to find that Walt is not present. Rafael worries that he may never get the chance to say goodbye to his father before his premature death, but Landon assures him that Walt will more than likely be back soon. Before Rafael has much longer to consider his fate, MG and Kaleb arrive to bring them back to the Salvatore School.

Back at the Salvatore School, Lizzie explains to Rafael and Landon that Hope has a plan. They can use the trident to transfer energy instead of consciousness, but the energy would have to be a phoenix's energy. When Rafael questions what this would mean for Landon, Landon remarks that it would mean he would have to become human, hence why Hope is not delivering the news herself to the two.

Alaric finds Sheriff Mac and asks for her help in finding someone, but Mac is initially reluctant to help. Alaric tells her that when Kaleb compelled her to forget about the supernatural, he also compelled her to do as he says if it is an emergency. She has no choice but to help him in his endeavour.

Alaric visits the Mystic Tap where he finds a woman arm wrestling for money. Alaric challenges her but tells her that he knows he cannot win given she is a werewolf. As she tries to run, she is met by Mac at the door who tells her she is not going anywhere. Later, they talk with the woman, who is revealed to be Lucia, Rafael's mother. They tell her that Rafael is dying, and that he shouldn't be alone, but she is reluctant to see him, instead walking away. Mac tells Alaric to be patient as she will be back in a matter of time.

At the Salvatore School, Rafael, and Landon prepare for the transfer of energy. As Lizzie begins the transfer, however, they find that there is no energy left to transfer, thereby revealing that Landon is human after his resurrection; they are all shocked, but Rafael tells them that they shouldn't bother trying to figure out another way to save him. He would like to die on his own terms.

Rafael begins organising a party at the abandoned woods in which he and the other students plan to watch the supernova happening above Mystic Falls. He tries to talk with Hope, but she tells him that she is disappointed that they haven't beaten death this time. She becomes distracted, however, when watching the supernova and leaves the party to formalise a plan. Meanwhile, Rafael talks with Landon, who tells Rafael that this isn't his idea of a party. Rafael tells Landon that he would like to spend what remaining time he has left with him.

Rafael and Landon eat burgers in their room, and Rafael tells Landon that he thinks he scared Hope off earlier. Landon remarks that Hope doesn't scare easily, asking what Rafael told her that spooked her. Rafael explains that he was going to ask Hope to look out for Landon when he is gone, but Landon sarcastically remarks that it won't be a problem, given Hope will not allow him to leave the house now he isn't a phoenix. Shortly after, they're interrupted by Jed's entering alongside Walt, who embraces Rafael in his arms.

Hope catches up to Lizzie in the hallway of the Salvatore School with the Ascendant in hand. She explains that she has a plan linked to the supernova and asks if Lizzie knows where Alaric keeps his stash of Bennett blood, to which Lizzie remarks she knows at least three hiding spots.

Rafael, Landon, and Walt sit in the window of Rafael's room as the supernova passes above Mystic Falls. A bright light shines, and Landon is convinced that Rafael is gone. He tells Hope that Rafael is gone, but that he didn't know that werewolves literally disappeared upon death; Hope laughs, remarking that they don't, and explaining that she has to show him something.

Rafael awakens in the exact spot in his room as previously and is confused when Walt enters asking how he is. Rafael questions if this is Heaven, but Walt remarks that it depends on his definition of Heaven. Moments later, he introduces Rafael to Lucia, his mother, and Rafael embraces her with open arms. Walt tells Rafael that his friends are waiting for him downstairs, and as he descends the stairs, Hope explains to everyone that she and Lizzie used the power of the Ascendant to give Rafael his version of Heaven; she remarks that a Prison World isn't a prison if you have everything you have ever wanted. Rafael is able to bid goodbye to each of his friends one by one before he is left alone in the Prison World.

Outside of the Salvatore Boarding School for the Young & Gifted in the Prison World, Landon bids farewell to Rafael. The two talk, and Rafael tells Landon to live his best life, all-in, like they had always talked about when they were younger. Rafael explains that he is going to do just that with his family, as Walt and Lucia pull up to the Salvatore School. As they bid their final goodbyes, Landon hands Rafael Excalibur, citing that it belongs to him.

Following this, Rafael, Lucia and Walt head to Walt's cabin, where Rafael asks if they're really sure that they want to spend forever with him in the Prison World. Lucia remarks that a repeating day with no full moon sounds like an upgrade, but that she has made numerous enemies on the outside and they will be safe here. With this, Rafael jokes that they are werewolf royalty as they head out to fish.

Having returned to the real world Mystic Falls, Landon finds Hope by the docks. She remarks that she is saddened by the events of the day and, although they saved Rafael, it still feels as though they have lost him. Landon becomes irritated when Hope suggests that he go back to the Prison World for a while until the Necromancer is dealt with, given his new mortality. Landon tells Hope that he promised Rafael he would live his life all-in, and this isn't living for him; he leaves Hope by the docks, walking away.

At the Salvatore Crypt, the Necromancer and Alyssa explain their grand plan for raising Malivore and all of the creatures trapped within; they want to hold dominion over them and, eventually, the world. They question the Sphinx over whether their plan is feasible and he confirms that it will play out exactly as planned with numerous Salvatore Students suffering and one death. 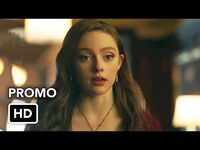 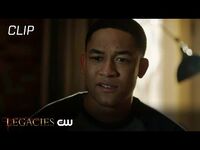 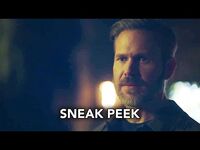 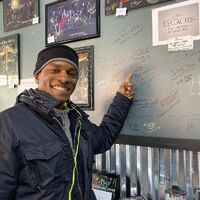 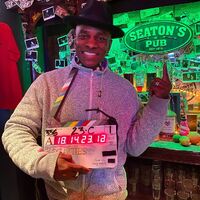 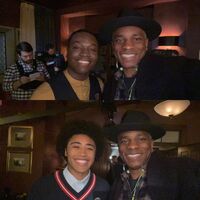 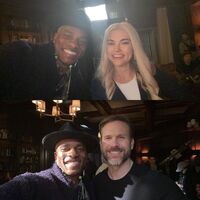 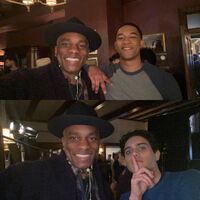 Retrieved from "https://vampirediaries.fandom.com/wiki/Goodbyes_Sure_Do_Suck?oldid=2787834"
Community content is available under CC-BY-SA unless otherwise noted.