Greta Martin was a witch who appeared in the nineteenth episode of the second season of The Vampire Diaries.

She was the daughter of Jonas Martin and sister to Luka. She was allegedly kidnapped by Klaus and forced into finding another way to break the Sun and Moon Curse without using a Petrova doppelgänger. However, it her allegiance to Klaus was more intentional than obligated and willingly served him. She fed Jenna her blood to complete her transition into a vampire who Klaus used during the sacrifice to break his curse. She was killed by Damon Salvatore after she completed Klaus' ritual.

Greta was a member of the Martin Family.

Not much is known about Greta's early life, but her younger brother, Luka, told Bonnie that the family lived in Louisiana before. Her father and brother thought at one point that Klaus took her, but in The Sun Also Rises, she tells Elena that she was never lost, and apparently, worked for Klaus the entire time of her own free will.

In Klaus, Greta makes her first appearance, arriving to assist Klaus with moving his soul back to his original body and ultimately to break the Hybrid curse.

In The Last Day, Greta teams up with Maddox to capture Caroline, Tyler, and Jules. She later takes Elena to the field, there she gives the transitioning Jenna her blood, turning her into the vampire that will be used for the sacrifice.

In The Sun Also Rises, all the sacrifices are in place with Klaus' arrival, where Greta traps them all within a boundary spell of fire as she begins to cause the Hybrid Release Spell, beginning with the moonstone, followed by the sacrifices: the werewolf Jules, the new vampire Jenna, and lastly Elena; the Doppelgänger. When Jenna was about to be sacrificed she vamp-speeds to Greta and attacks her, though Klaus stops and kill Jenna, allowing Greta to continue. After the sacrifice is completed, and the curse broken, Klaus began to shift into a werewolf. Bonnie begins chanting the incantation of the storm spell to kill Klaus. As Greta rises to stop her, Damon speeds behind her and breaks her neck.

Greta was one of the witches of Klaus' inner circle. She was so loyal to him that she defined Klaus as "the new order", directly opposed with her fellow witches that are likely to act as keepers of the Balance of Nature. Greta was a resolute young woman, firm in her convictions to be part of something important, as if she was on the threshold of a new era. Unlike her brother Luka, Greta showed no sign of repentance in causing pain or death in other living beings to achieve her goals, especially if that appealed Klaus.

Greta Martin proved to be a skilled witch. Along with Maddox, she cast a spell to send Klaus' soul to his original body. She seemed to be very skilled in controlling her power when she pain inflicted Caroline, telekinetically threw Elena with little effort and cast a ring of fire boundary with no incantation on Jules, Jenna and Elena altogether. Her power was competent enough to break the Hybrid Curse that had prevented Klaus from using his werewolf side for one thousand years. Under the night of the full moon, she channeled its power to release the spell within the stone. While casting the spell to break the Hybrid curse, she was able to remove the flame ring boundaries at the same time.

Greta had the typical weaknesses of a witch. 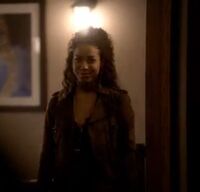 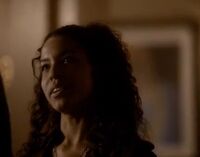 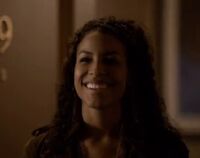 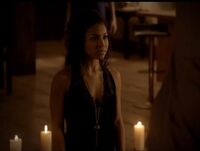 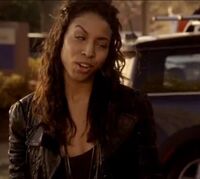 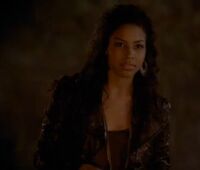 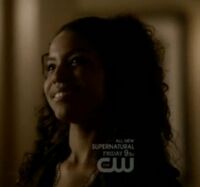 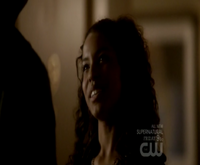 Retrieved from "https://vampirediaries.fandom.com/wiki/Greta_Martin?oldid=2782087"
Community content is available under CC-BY-SA unless otherwise noted.