INDESTRUCTIBLE — Silas happily announces his new goal to Damon and Elena, but they are skeptical when he promises to accomplish one important task in return for their help. Qetsiyah confidently tells Stefan about her next move, then realizes that Silas has managed to outsmart her. A desperate Katherine discovers a new and unexpected consequence of becoming human again, and realizes she needs a new place to stay. In exchange for a spot in the dorm room, she offers to show Caroline how to get answers from Dr. Maxfield. Bonnie is touched by Jeremy's strength and determination to stand by her. Finally, Damon is stunned when he figures out the secret to Qetsiyah's plan.

Silas is a mortal witch again and now he can't wait to die so he can be with his one true love again. In able to do that, he has to first destroy the Other Side that Qetsiyah created to keep there the supernatural beings. He has to destroy it so he won't get trapped there when he'll die. He explains to Damon and Elena that to do that, they have to first find the anchor that Qetsiyah bounded with the Other Side and destroy it and that this anchor is at New Jersey. Silas, Damon and Jeremy leave for New Jersey while Elena stays back since Silas doesn't want her with them. Before they go, Elena makes sure to remind Silas that he has to bring Bonnie back to life first before he dies and he promises that he will.

Stefan wakes up at Tessa's cabin and he seems confused. Tessa explains him what happened and also tells him that he had a text she couldn't resist to read and from which now she knows that Silas is mortal again and she can finally kill him. Tessa reminds Stefan that Silas knows where the anchor is due to this mind reading power and she has to kill him before he tries to destroy it but when she tries to get out of the cabin she can't because Silas cast a spell on it. Tessa and Stefan are trapped to the cabin till the sundown.

Elena doesn't know where Stefan is and tries to find him. She keeps calling him until Tessa answers his phone. The two of them have a conversation where Tessa tells Elena that she slept with Stefan. Elena is confused why Stefan prefers to be with Tessa and Damon is forced to tell her what he and Silas did to him in order Silas get his power back so he can read Tessa's mind. Elena decides to go to Tessa's house to check up on Stefan and when she does, she is also trapped because of the spell.

Silas, Damon and Jeremy arrive at New Jersey and they start searching for the anchor but Silas doesn't know where exactly it is and how it looks like. While they are searching, Tessa calls Damon and asks him to kill Silas before he destroys the anchor otherwise she will kill Elena. Damon, even though he promised Elena to bring Bonnie back, he decides to do what Tessa asked him so Elena won't get killed. While he is on his way to do it, he gets attacked by two travelers who tell him that they don't want him to kill Silas yet. Damon kills both of them and in a new call he has with Tessa he asks why the travelers would stop him since they hate Silas. Tessa explains him that they want Silas because he is the cure and reveals to him that the anchor is not an object but a person; a person that Silas won't be able to hurt.

Silas finds the anchor and he is surprised when he sees that the anchor is his true love, Amara, who believed she was dead. He feeds her so she'll wake up and he gets her out of there. Amara is confused how he is still alive. He explains her everything and when Amara hears that Silas took the cure, she stabs him and drains him because she doesn't want to live one more day. Damon finds Amara alone and confused and when he realizes that she is not immortal anymore, he captures her and takes her back to the Salvatore house to protect her since she is the one thing that still keeps Bonnie to the Other Side. If Amara dies, the Other Side will get destroyed and Bonnie will never come back to life.

In the meantime, Katherine celebrates the fact that she is still alive when she discovers a grey lock on her hair that she doesn't know where it came from. She doesn't know where to go since Damon doesn't want her and Stefan doesn't remember her, so she goes to Elena and Caroline's dorm. Caroline packs their things to left the dorm when she realizes that the woman she is talking to is not Elena but Katherine. Katherine offers to help her to discover what the professor is doing in exchange to let her stay with her. They go to Maxfield's laboratory, tie him on the chair and start draining him so they'll get vervain out of his system. Maxfield tells them that the society was going to invite Elena to be a member until they figured out she was a vampire. Maxfield doesn't know that he is talking to Katherine and not Elena, who says that to prove that Elena is not a vampire it won't be very difficult.

Katherine goes to the society party and when she enters into the house without having any troubles getting in without an invitation, the other members are convinced that Elena is not a vampire. She sees Aaron there and while they are talking, she loses one of her teeth. She doesn't know what is happening to her and she leaves the party immediately. Back to the laboratory, Caroline compels Maxfield to tell her about the secret society and why he covered Megan's death. He reveals that the name of the society is "Augustine" and that he covered the real reason of Megan's death because the vampire who killed her was Augustine. Before Caroline gets the chance to ask for more details, a member of the society knocks the door. Caroline compels Maxfield to forget everything that happened the last hours and that she and Elena are not vampires. Later, when Maxfield is alone, Katherine comes back and reveals him that she is not Elena and asks for his help. She wants him to help her discover what is happening to her because she believes she is dying and she wants him to stop this and if he won't help her then she'll reveal to the whole campus about what he is doing at his laboratory.

Back to the cabin, Stefan is trying to cook something and he is very cozy with Tessa in despise of Elena. Elena can't understand why Stefan is acting like that. Stefan, in a moment where Tessa is not close enough to hear him, explains Elena that he is trying to help her and he won't let Tessa kill her. He stabs Tessa at the sundown and he and Elena manage to escape and go back home. Damon and Jeremy are there too and Damon tells Elena and Jeremy that they have to protect Amara from now on. The episode ends with Tessa and Stefan, where Tessa gives Stefan all his memories back to make him suffer after he betrayed her to help Elena.

Silas: "Well Damon, after 2,000 years of a miserable existence, I finally get to die."

Silas: (to Damon about resurrecting Bonnie) "Did you want me to pinky swear?"

Silas: "Men only, you're staying here!"
Elena: "Are you serious? (She turns to Damon) He's not serious."
Damon: "No, he's not serious."
Silas: "Actually, I'm 100% serious. She's a freaky carbon-copy of my one true love, Amara. You can understand why I don't want to stare at her impostor face all day."
Damon: "That makes no sense."
Silas: "It would make complete sense if you were ever in love with somebody who looked exactly like her."
Elena: "This is ridiculous. We're bringing my best friend back from the dead. I'm going."

Tessa: "Silas is looking for the anchor. It's the object I used to bind the spell when I created the other side. Destroy it - the spell is broken. No more supernatural limbo, and Silas can die and find peace. I would rather his lying, cheating ass not have that."

Damon: (to Jeremy) "AKA, put the damn crossbow down, Pocahontas."

Silas: (tells a joke to Damon and Jeremy) "Knock, knock. (When Damon and Jeremy ignore him, Silas tries again) Knock, knock. (They continue to ignore him, so he finishes the joke anyway) "Who's there?" The mayor. "The mayor who?""
(Silas pauses dramatically, and after a moment, Damon sighs)
Damon: "Well, who?"
Silas: "No one! That's the joke. No one's there because I killed the mayor."
Jeremy: (bitterly) "You're a dick."

Elena: (to Tessa) "Well today, Silas was going to bring her back to life after he got the anchor. But, you told my boyfriend-- who has never put anyone's life before mine, including his own-- to kill Silas before he could do that. So, no. I'm not sad about the pizza."

Tessa: "The only thing keeping you sane was that one day one of the two people you loved would come rescue you, but they didn't. I did. Always remember that." 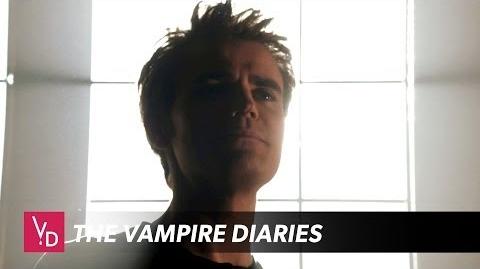 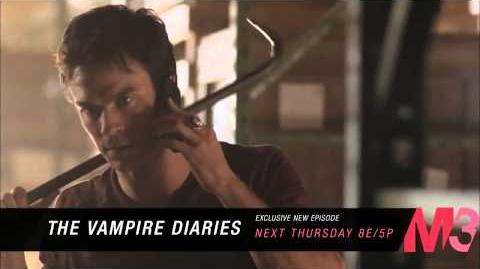 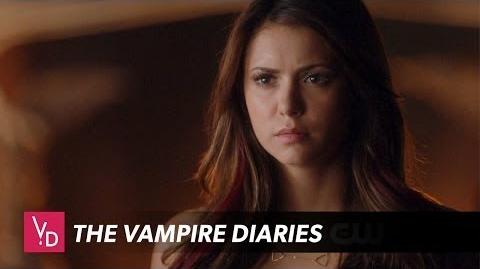 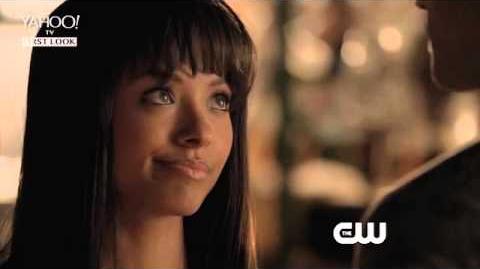 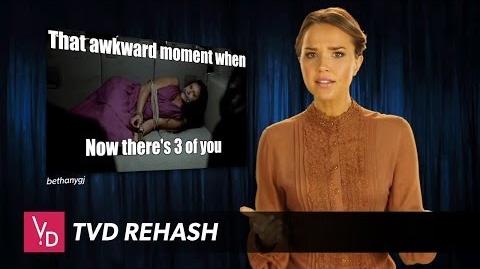 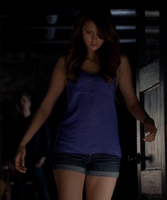 Retrieved from "https://vampirediaries.fandom.com/wiki/Handle_with_Care?oldid=2785300"
Community content is available under CC-BY-SA unless otherwise noted.