Hold Me, Thrill Me, Kiss Me, Kill Me

A FRACTURED FAMILY — As Julian and Lily throw a party to celebrate Nora and Mary Louise's Anniversary, Stefan and Damon set in motion a risky plan to eliminate a new threat posed by Julian. Meanwhile, following a major revelation uncovered by Valerie, Caroline is forced to face her new reality, even as it threatens to destroy her relationship with Stefan. Finally, determined to do what's best for her family, Lily makes the most difficult decision of her life.

Lily, Damon and Stefan carry out a risky plan to take down Julian which requires Lily and Julian unlinked with the help of heretics. Valerie discloses about Julian to the rest heretics who are now on her side completely except Mary Louise. Caroline informs Stefan about her pregnancy. After a talk with Lily, Stefan apologizes and says he will always love her. Enzo approaches Lily asking her to run to safety as she may fall into trouble and they share a moment. Later in the episode, Enzo finds himself vervained and kidnapped by Matt and his new hunting friends. Damon and Stefan finally corner Julian, but are interrupted by the heretics. Julian forces Lily to choose between killing Valerie, or Damon. Not realizing they are no longer linked, Lily decides to kill herself in order to protect her actual children. Nora breaks up with Mary Louise as the latter doubted Valerie's story and sided with Julian. The heretics and Stefan bid heartfelt goodbyes to Lily while Damon in his unforgiving self, gives a crisp one "You made your bed. Have a nice nap!"

Flashforward: Rewinding back to the three-year flash forward at the beginning of the episode, Damon is held captive by some woman whom he hallucinates as Lily; he asks for forgiveness as he bid her goodbye in the harshest possible way. At the end of the episode, the unknown woman says that Lily's been dead for years and that Damon will die soon as he has been poisoned with werewolf toxin. She kicks him on his face and the screen goes blank.

Enzo (to Matt): "The Heretics are throwing a murder party in your precious hometown!"

Enzo (to Matt): "You've brought a knife to a gunfight."

Julian (to Lily): "One leaves. One dies. You have to choose which. Choose."

Caroline: "I'm pregnant. Are you going to say something?"
Stefan: "I have to go."
Caroline: "What?"

Enzo (to Stefan): "The Heretics are throwing a murder party!"

Enzo (to Stefan): "You've brought a knife to a gunfight."

Julian (to Lily): "One leaves. One dies. You have to choose which. Choose."

Caroline: "Dear Elena, I'm pregnant. Ridiculously long story short, they're Ric and Jo's twin babies. Magically transported into my readily available womb by the Gemini Coven. I guess writing to you might help me figure out how I'm supposed to feel about the whole thing because on one hand, I know how much this means to Alaric. And on the other, I have no idea what it means for me."

Caroline: "Hey."
Matt: "Breaking news. Remember all those people Julian was stockpiling? They disappeared this morning."
Caroline: "That's weird. Where did they go?"
Matt: "It's what I'm working on. Wanna cut class today and help me get to the bottom of it?"
Caroline: "Actually, I can't. I'm......Turns out Valerie was right."
Matt: "Wait...you're really pregnant?"
Caroline: "Yep!"
Matt: "How'd Stefan take it?"
Caroline: "Oh! You know. Totally supportive....and just wanted to make sure that I was okay. At least that's how I'm hoping it goes when I tell him today."

Mary Louise: "Don't tell me you forgot."
Lily: "Forgot what?"
Nora: "It's our anniversary."

Lily (to Stefan and Damon): "You were right about Julian. I'm sorry I didn't see it sooner."

Stefan (to Enzo and Damon) : "Julian needs to die today. Everything has to appear to be normal. Julian's not an idiot. If he finds out that Lily turned on him we're all dead."

Lily (to Stefan and Damon): "We did a spell. We bound Julian's life to mine."

Caroline (to Stefan): "We need to talk."

"Every Breath You Take" – Denmark + Winter

The Vampire Diaries 7x08 Promo "Hold Me, Thrill Me, Kiss Me" HD

The Vampire Diaries Hold Me, Thrill Me, Kiss Me, Kill Me Scene The CW

The Vampire Diaries Inside Hold Me, Thrill Me, Kiss Me, Kill Me The CW 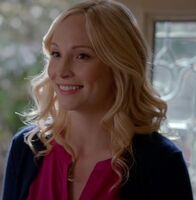 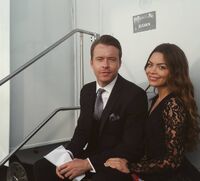 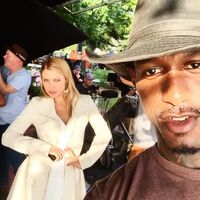 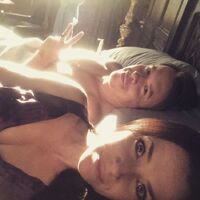 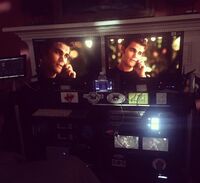 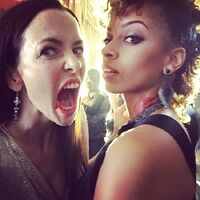 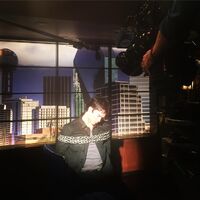 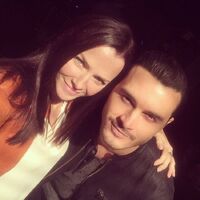 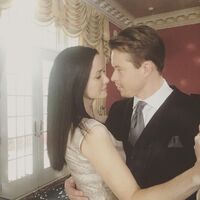 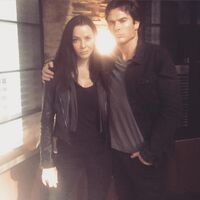 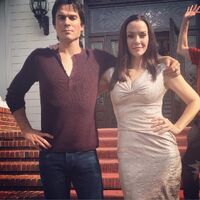 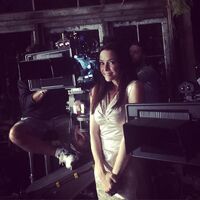 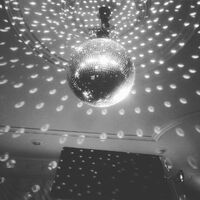 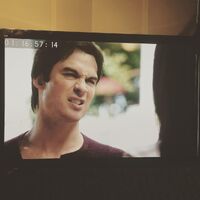 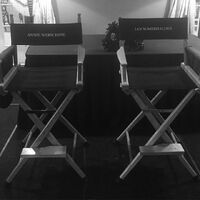 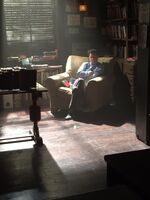 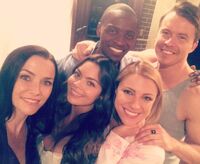