WELCOME TO TEAM MONSTER — The Super Squad bands together after the Necromancer's next move unleashes more than anyone bargained for. Meanwhile, a run-in with Ethan reminds Josie why she doesn't trust herself with magic. Hope, Alaric, Landon, Lizzie, MG, Kaleb and Jed also appear.[2]

Landon brings Hope breakfast in bed with a rose. He explains that the math is pretty complicated, but in theory, they have been dating for one year. To celebrate, Landon has planned an entire date, but Hope remarks that she wants to make the day "special", and Landon agrees that he is ready to take the next step in their relationship.

At Mystic Falls High School, Josie interviews Ethan for a paper she is writing for the Salvatore School based on the life of a Mystic Falls High student. Ethan questions Alaric's sudden change of heart, but the fact that he still hasn't allowed Mystic Falls High to interview a Salvatore Student. Nonetheless, Ethan complies with Josie's questions, citing that he needs all the press he can get since scouts stopped responding after his shoulder injury. Knowing that it is her fault, Josie apologises, but Ethan tells her she has nothing to be sorry about. As the two part ways, Josie witnesses the Necromancer murdering the school principal to begin his ritual of making Mystic Falls High the center of their plot to release the monsters trapped within Malivore.

At the Salvatore Crypt, Alyssa talks with MG about her spell. She explains that she will raise Malivore, but to be more powerful than before and bound to the Necromancer forever. She explains that she needs the blood of MG as he is the vampire in the spell, whereas she is the witch and Rafael the werewolf. Despite MG's pleads, he is unable to convince Alyssa to change her mind and abandon the Necromancer. He becomes increasingly alarmed and scared when Alyssa reveals that each monster that she raises from Malivore will bring MG one step closer to death; he will eventually die.

Meanwhile at the Salvatore School, Josie tells her father about the Necromancer's behaviour and he promises to everything he can to solve the problem. Moments later, however, Josie and Alaric are shocked to see a zombified version of the dragon they killed the previous school year. Alaric rallies the students of the school and tells them of the dangers they now face, asking for volunteers to aid them against Alyssa and the Necromancer. Hope, Lizzie, Josie, and Landon arew among those to accept Alaric's offer.

Alaric and his students arrive at Mystic Falls High School to find Sheriff Mac has already cordoned off the area. He tells her that he and his students will handle the situation but will need assistance from the Sheriff Department to hold the line against the monsters. In the basement of the school, Hope and Landon make their way inside of the school. Hope finds she is unable to travel through the boiler room of the school, however, due to a barrier spell. Landon goes on without her despite Hope's concerns, with Hope warning him to find the object causing the barrier and to destroy it.

Lizzie, meanwhile, tries to convince Josie to take back her magic, remarking that she needs her at full strength if they are to defeat the Necromancer and his plans. Josie is initially reluctant to accept, but is eventually convinced.

Alyssa and MG talk about what happened in Alyssa's life to make her the way that she is. Alyssa doesn't attribute this to her upbringing, remarking that she is relatively well loved by her parents. Their conversation is cut short, however, when MG is suddenly thrown into pain, with Alyssa explaining that the Necromancer may have raised something large from the pit and, even if she wanted to, she cannot change her mind and reverse the spell.

Landon comes face-to-face with the Necromancer and his newly raised monster, Malivore himself. The Necromancer tells Malivore that he is free to take out Landon how he sees fit, and leaves moments later. Before Malivore can consume him, however, Landon is able to convince him that he can aid him to free himself from the Necromancer, but the two must work together to achieve a common goal. Malivore listens, and Landon explains that each spell has a loophole, and that the loophole for this spell is that the Necromancer gave Malivore free reign on how he takes out Landon; Landon refers to the fact that they are connected and vessels of one another.

Meanwhile, Lizzie and Josie find MG trapped at the crypt and take out Alyssa with a magical slumber spell. They are unable to, however, find a way to reverse or stop the spell, and MG remarks that they must wake Alyssa if they have any hope of preventing the spell. Despite their reluctance, however, MG assures them that it is the only way.

At the school, Sheriff Mac tells Alaric that she cannot find any of the students, particularly Hope or Landon, anywhere. Alaric quickly realises that a flash he and the others saw earlier was the creation of a Prison World, and this is more than likely where the students are.

In the prison world, Hope quickly realises the events that have occurred, and it becomes clear that Alyssa linked the spell to an ascendant and a Prison World as a fail safe. Hope believes she knows a way out, but is unclear if it will work and asks for Landon's trust. With this, Landon tells her that he trusts her completely, and the two step into Malivore with the hope of being expelled in the real world.

Hope awakens in the real world to find Landon walking through the door of the crypt with a milkshake from the Mystic Grill. Hope tries to explain herself, but Landon tells her to relax and that somehow, he remembers her. The two kiss and passionately begin making out before taking their relationship to the next step and having sex.

Alyssa apologises to MG and the two grow closer to one another before finally kissing for the first time. This is witnessed by Lizzie, who had arrived to tell MG how she truly felt about him. Saddened by this, Lizzie tries to tell Josie about the encounter, but finds that Josie has some more important news to reveal. Josie tells Lizzie that she wants to transfer to Mystic Falls and live life as a human for a while, but only if Lizzie agrees.

Hope and Landon talk about what happened between the two, with Landon remarking that it was perfect. Their discussion is cut short, however, when Landon begins disintegrating and turns to nothing before Hope's eyes.

"I Want to Be with You" – Chloe Moriondo

"Things Can Only Get Better" – RAIGN 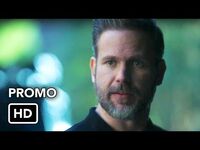 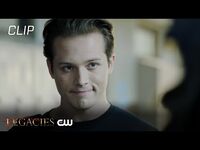 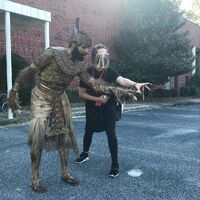 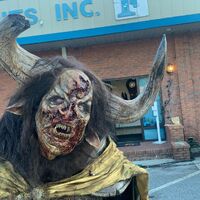 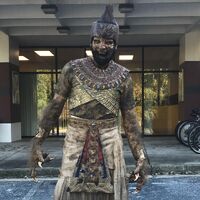 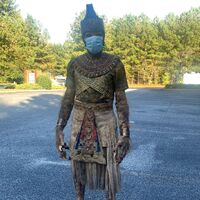 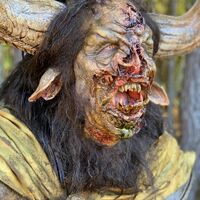 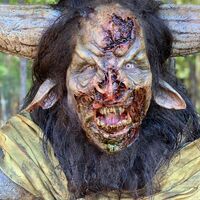 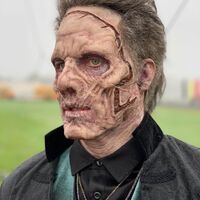 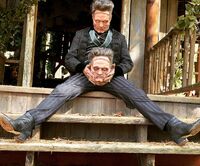 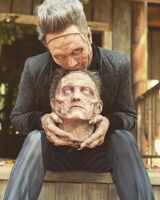 Retrieved from "https://vampirediaries.fandom.com/wiki/Hold_on_Tight?oldid=2788917"
Community content is available under CC-BY-SA unless otherwise noted.