Home is the twenty-second and final episode of the fifth season of The Vampire Diaries and the one hundred and eleventh episode of the series overall.

AN EXPLOSIVE SEASON FINALE — Heartbroken by an unexpected tragedy, Damon is focused on holding himself together, while pushing Bonnie harder than ever to find a way to stop the disintegration of the Other Side. Elena takes matters into her own hands and demands that Liv and Luke help her, but Liv refuses to cooperate until Caroline provides her with some personal motivation. Sheriff Forbes is horrified when Markos uses violence against Tyler/Julian to prove that Mystic Falls is now under the control of the Travelers. With new information from Sheriff Forbes, Damon comes up with a dangerous plan that relies on split-second timing from Jeremy and Matt. Liv's off-hand remark regarding Stefan gets a surprisingly emotional response from Caroline. As conditions on the Other Side worsen, Bonnie takes the opportunity to settle an old score. Finally, Damon's plan causes a massive explosion in Mystic Falls, and everyone is caught up in the confusion, leaving a trail of heroism, sacrifice, relief and despair.

Note: * - Resurrected by Liv and Bonnie.

Markos: "You think I'm afraid of vampires?"
Damon: "Next order of business, mass murder."
Damon: "There's a huge gas line that runs beneath the town."
Elena: "We're not blowing up our town!"
Elizabeth: "Do you smell gas?"
Damon: "Project Kaboom needs someone to... trigger the explosion."
Elena: "Drive."
Damon: "Come on!"

Bonnie: "Come on Grams, where are you?"
Sheila: "Didn't I teach you not to rush your elders? We move a little slower."
Bonnie: "Thank God! I found us all a way out."
Sheila: "Do you think I was born yesterday? I know what you're doing. You cannot survive all these people coming through you. Even if you could, when it's all said and done, you're still the Anchor. And when this place goes down.."
Bonnie: "I know what you're going to say."
Sheila: "No, you don't. I was going to say... It's been my privilege to watch you grow into the beautiful woman you've become."
Bonnie: "You need to pass through me when the ritual begins."
Sheila: "No, I'm staying here."
Bonnie: "Grams you can't, this place is imploding, and taking everyone with it."

Bonnie: "Damon, stop."
Damon: "You said you had a plan, Bonnie."
Bonnie: "I did. I had a Traveler who knew the right spell."
Damon: "And you lost her?"
Bonnie: "I didn't lose her, she was sucked into oblivion like everyone else on the Other Side!"
Damon: "Just find another one!"
Bonnie: "It's more than just knowing the spell. Markos was able to come back because dozens of Travelers were willing to sacrifice themselves in order to overwhelm me. I doubt they'll be willing to do that for a bunch of supernatural strangers."
Damon: "You know who needs motivation? Youneed motivation. Because if the Other Side goes away, everyone we know there, including you, goes away with it."
Bonnie: "I know that. Do you think I want to die?"
Damon: "My brother is over there!"
Bonnie: "I know that!"

"No Rest For The Wicked" – Lykke Li 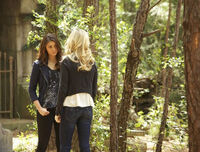 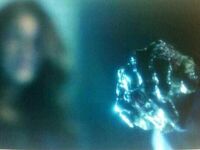 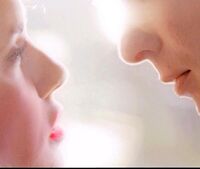 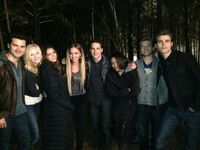 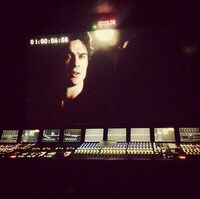