Joseph Morgan (born Joseph Martin; May 16, 1981) is a British actor who portrays Niklaus "Klaus" Mikaelson on The Vampire Diaries and The Originals.

Morgan was born in London, UK and spent his childhood with his family in Swansea, Wales, where he attended Morriston Comprehensive School before moving back to London in his late teens to study acting at the Central School of Speech and Drama. Upon graduation from Central School, Morgan was hired by acclaimed film director Peter Weir ("Gallipoli," "The Year of Living Dangerously," "Dead Poets Society," "The Truman Show") to costar opposite Russell Crow in "Master and Commander: The Far Side of the World." Soon after completion of that film, director Oliver Stone hired Morgan for a strong supporting role in the feature film "Alexander." After "Alexander", Morgan spent time working on stage in the West End of London, as well as starring as Troy in the first series of the Sky One UK television series "Hex." He also has starred in the BBC miniseries "The Line of Beauty." Other television credits include the series "Doc Martin" and "Mansfield Park", in which he played the character of William, alongside star Billie Piper. His big break came in 2009, when Morgan was cast in the leading role in the miniseries "Ben Hur." Based on the classic novel and film, "Ben Hur" was directed by Steve Shill. He dated his "Ben Hur" co-star Emily VanCamp, who currently plays Emily Thorne in "Revenge", but eventually they broke up in 2011. In 2010, Morgan's film roles included the independent drama "Angels Crest," and the big-budget film "Immortals," in which he co-starred with Mickey Rourke. Both films were shot in Canada and are scheduled for a 2011 release. Morgan is a great supporter of the charity, Positive Women, including asking fans to donate to the cause to honor his birthday. Joseph is commonly known as "JoMo" amongst his fans and the Vampire Diaries fandom. He married his former co-star, Persia White who plays Abby Bennett Wilson in an intimate ceremony on July 5 at Ocho Rios, Jamaica.[1][2]

The Originals - My Dinner Date with... Joseph Morgan 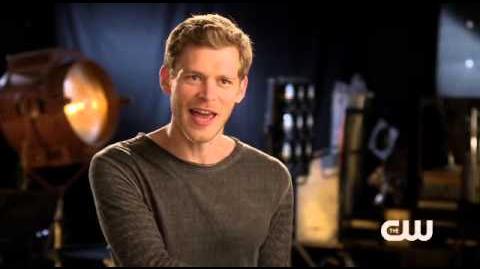 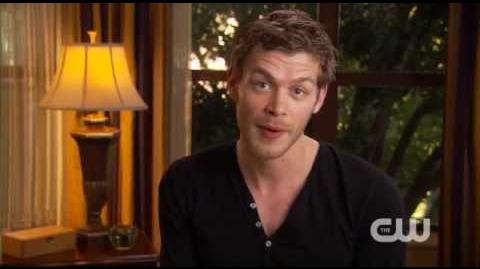 SDCC 2015 Joseph Morgan of The Originals

Retrieved from "https://vampirediaries.fandom.com/wiki/Joseph_Morgan?oldid=2724728"
Community content is available under CC-BY-SA unless otherwise noted.