The relationship between the vampire, Katherine von Swartzschild and the Old One, Klaus. 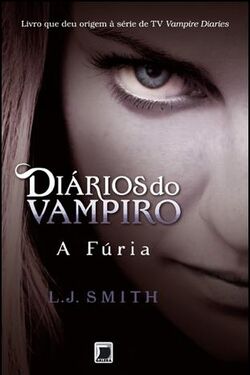 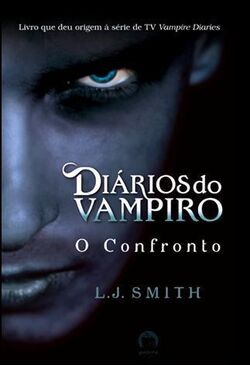 Long time ago, before the start of the novel, Klaus was a nomadic traveler. During his travels, Klaus only destroyed and turned some humans into vampires for fun. The Old One never considered the other beings worthy of appreciation and loyalty. Eventually after a series of wars, battles and confrontation between humans, Klaus remained in Germany for centuries. Klaus met a beautiful young woman named Katherine von Swartzschild and her servant Gudren.

In a flashback, Katherine mentioned that she was very ill for many years. Gudren (Katherine's servant) sought help from a "man" named Klaus, after learning that her young master would die. Katherine says that when she first met Klaus, she felt a great fear and terror when they met. Klaus without hesitation exchange blood with Katherine. Secretly, Klaus kept an eye on Katherine from that day. Katherine's health improved and her father took her to journey to find a cure, just in case she becomes ill again.

Katherine fakes her death to avoid fights between the brothers but her plan went wrong and both died in a fight with swords. In the book, there is not mentioned about Klaus, but it is assumed that he manipulates Katherine's mind to destroy the Salvatore brothers.

Katherine has her first and last battle against Elena, Stefan and Damon. Katherine shows that her personality has completely changed, making her unstable and insane. She mentions that after the tragedy between Stefan and Damon, Klaus found her in the edge of agony and despair. Katherine says that Klaus helped her to be stronger and know her true power, however, she had to kill Klaus after he was no longer useful (Klaus manipulate the Katherine' minds). She proves to be cruel, sadistic, malevolent, sinister and jealous. Unfortunately, Katherine is entrusted to the weakness of the vampires and that's when Elena attacked, causing her to be exposed to the sun and die. At the end of the book, Elena's spirit communicates with Bonnie, who tells which a menacing power has come to Fell's Church, Klaus.

Klaus comes just months after the death of Katherine. Klaus begins to distort Elena's messages and cruelly murdered Vickie Bennett and Sue Carson. Klaus uses his power to make a strong pressure on the town. During the meeting of Stefan and Elena, Klaus appears and that's when Stefan claims that he was who caused the madness of Katherine. Klaus says that Katherine is just lost and he only shows power. Klaus shows have some kind of loyalty to Katherine, because he came to town to destroy Stefan and Damon. During the final confrontation, Klaus faces of the murderers of Katherine: Stefan and Damon. When Klaus is to destroy the brothers, Elena appears along with the army of ghosts. Klaus is defeated and taken to a place where he can no longer be any harm.

In the next series of books: The Return, Klaus and Katherine are mentioned. But an old and powerful vampire named Sage could be related to them, as well as the Nether World, a vampire purgatory.

Both Klaus and Katherine are reawaken.

This relationship, literally caused the start of the series: The Vampire Diaries and the future of it (The Return and The Hunters). Klaus changes the result of some major battles in the history of the human race. Katherine and Klaus destroyed and murderer a large number of vampires and humans for centuries, this justifies why there are few vampires in the original series.

The meaning of the names of both characters are related to their personalities and lives. Names -

In the books, the Klaus' character was partially based on Rutger Hauer's character (John Ryder) in the 1986 movie The Hitcher.

In the books, It is not known which was the inspiration for Katherine' character but possibly this inspired in the same L.J. Smith.

Retrieved from "https://vampirediaries.fandom.com/wiki/Katherine_von_Swartzschild_and_Klaus?oldid=2656741"
Community content is available under CC-BY-SA unless otherwise noted.