REBEKAH'S PAST CATCHES UP WITH HER — When Rebekah finds herself locked up in the sanatorium where she worked in 1919, she realizes a witch named Genevieve is back to seek revenge and to reveal dark secrets that would destroy Rebekah if she is exposed to them. A distraught Elijah turns to Marcel and Hayley for help when one of his decisions puts Klaus and Rebekah's lives in danger. With time working against them, Marcel realizes he may hold valuable information that could lead them to Klaus and Rebekah, but revealing it will almost certainly result in deadly consequences.

Elijah: "My siblings have been taken, where are they?"
Genevieve: "Rebekah's awake and the hallucinations have begun."
Rebekah: "Who's there?"
Elijah: "Niklaus and Rebekah are somewhere suffering horribly."
Elijah: "The longer the game, the more they suffer."
Rebekah: (screaming)
Genevieve: "Just because we can't kill them, doesn't mean they can't be destroyed."

Marcel: "They're putting eyes and ears out everywhere. Daywalkers are working every contact we got. Cops, dockworkers, guys in the Tremé, the word is out-- anyone trying to earn favor with me gets a lifetime of it if they find them."
Elijah: "Good. I need a pen and paper."
Marcel: "Hey, am I taking orders from you now, or are we in this together?"
Elijah: "Pen and paper, Marcel. Now."
Marcel: "Look, I want her back just as much as you do you know, both of them."
Elijah: "Hayley!"
Hayley: "Elijah, you're back. Did you find anything?"

"Grinnin' In Your Face" – Son House 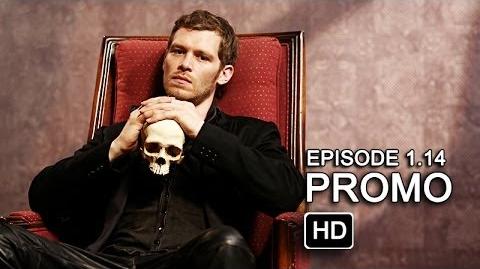 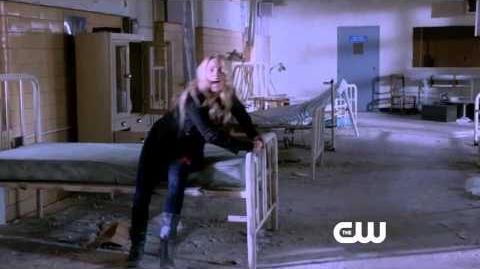 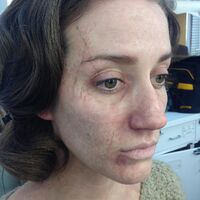 Retrieved from "https://vampirediaries.fandom.com/wiki/Long_Way_Back_From_Hell?oldid=2785563"
Community content is available under CC-BY-SA unless otherwise noted.