Moonlight on the Bayou

AN EXCITING CROSSOVER WITH THE ORIGINALS — In order to lure a vengeful vampire hunter named Rayna Cruz away from his friends in Mystic Falls, Stefan heads to New Orleans, where Valerie has learned of a safe house that can protect him. Once there, he comes face to face with Klaus Mikaelson, who soon becomes suspicious of his old friend's unexpected arrival in his city. Meanwhile, Enzo, who is working on behalf of a mysterious organization called The Armory, approaches Damon and Bonnie with a plan that could protect Stefan from Rayna. Finally, after learning that Alaric has decided to leave for Dallas with the twins immediately, Caroline offers to accompany them on the trip and finds herself contemplating her own future in Mystic Falls. Matt also appears.

Damon: "I have a way to take down Rayna."
Stefan: "Yeah, a little late for that."

Enzo (To Bonnie and Damon): "All we need to do is get Stefan here, Rayna will follow."

Damon: "I have a way to take down Rayna."

Valerie: "You can't stop moving ever."
Stefan: "Yeah, a little late for that."

Enzo (To Bonnie and Damon): "All we need to do is get Stefan here, Rayna will follow. A rat to the cheese."

Stefan: "Klaus. As I live and breathe."
Klaus: "Stefan Salvatore in the Crescent City. This ought to be very good, or entertainingly bad."
Stefan: "I'm just in town for a little R & R. Hate to disappoint. So... How are Elijah, and, uh, whoever else you've brought back from the dead?
Klaus: "Oh, you know the Mikaelsons. Never a dull moment."

Klaus: "So, of all the gin joints, you pick ours... Four walls invulnerable to the magic of those pesky locator spells. Bit of a coincidence, isn't it?"
Stefan: "Damon's looking for me, and I don't want to be found. I figure you, of all people, can relate to family drama."
Klaus: "Sylvia, this is an old friend. Please keep his cup brimming."
Sylvia: "Mmm. Cute old friend. Where have you been hiding him?"
Klaus: "Quaint little place called Mystic Falls. Home of the mining fires that prompted a town-wide evacuation. It was very noble of you to stand up for the human faction as you did, in such uncharacteristically sweeping, dramatic fashion."
Stefan: "I did have some help."

Damon: "Where's Stefan?"
Valerie: "Safe. Though, I suppose that could mean anywhere outside of your vicinity."
Damon: "You know he has a girlfriend, right? Blonde, sweet, cute as a button. You're not actually her."
Valerie: "I'm hanging up now."
Damon: "You don't want to do that. I have a way to take down Rayna, but it requires him to come to me."
Valerie: "Well, that might take a while. He's in New Orleans."
Damon: "Doubtful. We only go to New Orleans for crappy booze and Klaus blood."
Valerie: "There's a bar there. The St. James Infirmary. It's considered a safe house for supernatural travelers. Oscar came upon it when he was looking for the Phoenix Stone."
Damon: "Fine. Just tell him to pack it up, huff it back to Virginia to a pile of bricks called The Armory."
Valerie: "Did you just say "The Armory?"
Damon: "Yes, I did. As a matter of fact, I've said that word more times today than I have in my entire life."
Valerie: "Get out of there, Damon. Now."
Damon: "Why?"
Valerie: "The Armory is a black hole of lies. They once tricked us into using Beau as bait in exactly the same fashion use Stefan. And they were more than happy to let Rayna bury her sword in his heart as long as they could put her in one of their cages. I promise you, they will do the same to Stefan."
Damon: "Well, I don't have another option at the moment, Valerie."
Valerie: "Yeah? Well, whose fault is that? Look, the best way you can help Stefan is to keep your mouth shut and stop making things worse."
Klaus (To Stefan): "Welcome to New Orleans, old friend."

Stefan: "I wish I could be there. This is the only way I could stop her."
Caroline: "I just wish it didn't always have to be you."
Stefan: "I promise I will come back for you."

Caroline (To Alaric): "I can either sit here, alone, freaking out that my boyfriend is somewhere in this country trying to outrun a huntress that will stop at nothing to kill him, or I can be useful. It's up to you."

Caroline (To Josie): "Why are you crying? You have a fresh diaper and a fully belly. And you have no idea how bad things can actually get."

"No Sugar In My Coffee" – Caught A Ghost

The Vampire Diaries 7x14 Webclip - Moonlight On The Bayou HD

The Vampire Diaries Moonlight on the Bayou Scene The CW

The Vampire Diaries Inside TVD Moonlight on the Bayou The CW 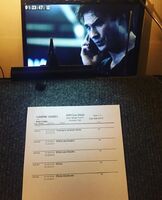 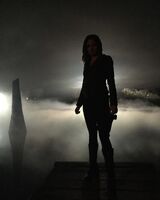 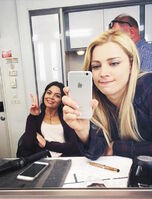 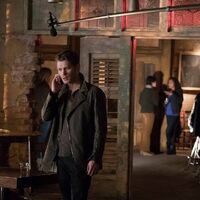 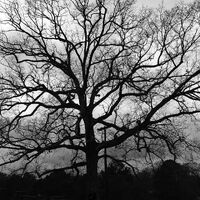 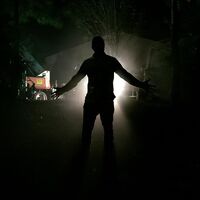 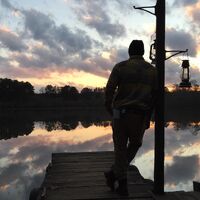 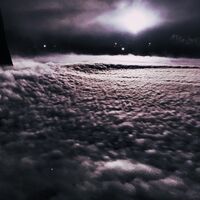 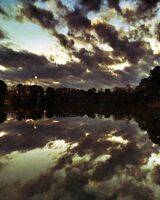 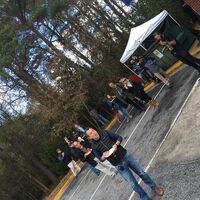 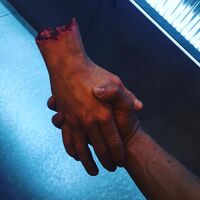 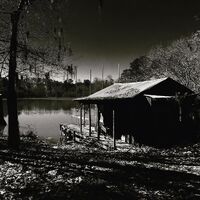 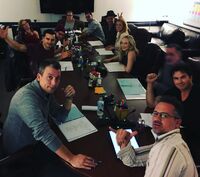 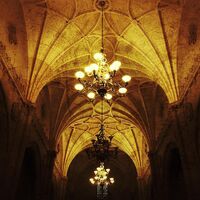 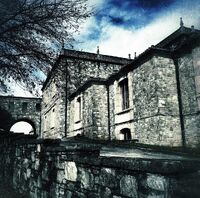 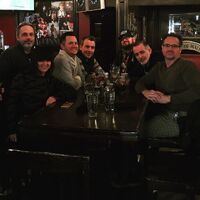