Noah was a vampire who became obsessed with Elena, due to her being physically identical to Katherine Pierce. He unsuccessfully attacked Elena on several occasions. How Noah knew Katherine is unknown, but when he asked the Salvatore brothers if they remembered him from somewhere, they were unsure.

In The Turning Point, Noah first attacked Elena in the middle of the road, getting hit by her car but quickly recovering as he is a vampire, approaching her. He fled when Damon Salvatore arrived, running before he could do Elena any more harm.

In Unpleasantville, Noah continued to stalk Elena, posing as a pizza delivery man so she'd invited him into her house. He tried to attack her the day after, ambushing her in her house but Elena was saved by Stefan. Following Elena to the decade dance, it was revealed that Noah was working with vampires, Anna and Ben, to open the tomb to help save the other 26 vampires that were locked inside. However, Noah had lost sight of their goal, becoming too interested in toying with Elena, obsessed by the fact she looked like Katherine. He attacked her yet again though was met with resistance before he was caught and interrogated by the Salvatore brothers. Driving the wooden handle of a broom further into Noah's chest, they questioned him on his motives. He was amused that they didn't recognize him and acknowledged how he knew Katherine, much to their surprise. After resisting some more torture, he finally revealed that they had to find Emily's Grimoire, that it was in Johnathan Gilbert's journal.

Noah seemed to have no problem in showing his vampiric nature to humans and is shown not to be afraid of other vampires, such as Stefan and Damon.

Noah was an attractive vampire with short, brown hair, with brown eyes and stood at 6'0.

Noah possessed all the standard powers and abilities of a non-Original vampire.

Noah had the typical weaknesses of a non-Original vampire. 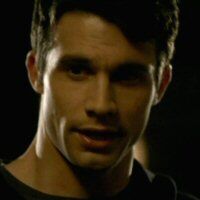 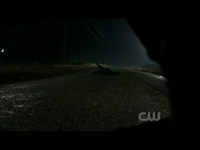 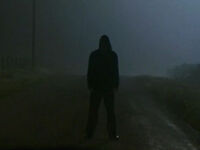