A WINTER WONDERLAND IN MYSTIC FALLS - As a Winter Wonderland-themed party fills the streets of Mystic Falls, Stefan and Caroline find themselves at odds with Tyler over his plans for Klaus and his hybrids. When Caroline proposes a solution to their problem, Hayley finds a dramatic way to make it clear that she is not on board. Later, Klaus makes a discovery that leads to chaos and violence. Meanwhile, Elena and Damon retreat to the Gilbert Lake House to help Jeremy conquer some dangerous inner demons with the help of Bonnie and Professor Shane, who reveals a piece of ancient history that leaves them all speechless.

Damon and Elena are lying in bed together fully clothed, but they have not slept together due to Damon being a perfect gentleman. Damon reminds her that her feelings might not be real due to the Sire Bond and that he should have invoked the bond by asking her to leave. Elena challenges him to let her go, but he can't. Just as they're about to kiss, Elena gets a text from Bonnie, who is at the Gilbert Lake House trying to teach Jeremy not to kill Elena. Elena invites Damon to come along with her. Meanwhile, Stefan arrives at Klaus' house, where Klaus is shown painting his contribution to the Winter Wonderland charity event.

Klaus shows Stefan the sword as proof that he has found it. In the cellar, two of the unsired hybrids are complaining about having to take orders from Klaus. Hayley reveals that she has found a witch who can save their lives. At the Winter Wonderland fair, Tyler tells an unhappy Caroline that he is going to use the body jump spell to put Klaus' body into his own and then encase it in concrete, until the hybrids have all safely disappeared, where Klaus can't find them. Elena and Damon arrive at the lake house, where Bonnie and Jeremy are waiting. Elena also invited Professor Shane to help them. They convince Jeremy to invite Elena inside, but then Jeremy tries to stake her. Caroline wants the sword soon, because the hybrids are taking down Klaus later that night.

Stefan breaks into Klaus' house to look for the sword, but finds a collection of letters instead. He calls Damon, who tells him that he invoked the sire bond by letting Elena go. He doesn't tell Stefan that they are together. Back at the lake house, Bonnie, Professor Shane and Elena have hypnotized Jeremy and Elena tells him family memories of the lake house. However, the plan does not work and Jeremy still wants to kill Elena. Stefan wants Tyler to postpone the plan so he can get the sword, but the hybrids refuse because the cure is of no interest to them. Damon realizes that if Jeremy connects his emotional feelings to someone other than a vampire, he can think of those feelings when he sees someone like Elena, therefore keeping her safe.

Damon suggests that he attaches his emotions to Bonnie. Professor Shane reveals that he has already visited The Cure and can lead Damon and Elena to it - the cure is buried with Silas who was mentioned in his lecture during a previous episode. Tyler tells his mom about his plan, and she reluctantly agrees to support him. As Shane is revealed to know where to find the cure, the sword is not needed and therefore Tyler's plan can go ahead. Caroline tells Tyler that instead of using his body, they can put Klaus' essence into Rebekah's body and bury the siblings together. Hayley is not happy about this. As a result, when Caroline receives confirmation from Bonnie, she snaps Caroline's neck. Meanwhile, Jeremy can be with Elena again, and the two reunite.

It turns out that the letters Stefan found are from Klaus' victims, and Klaus reminds Stefan that the reason they keep souvenirs is because they are always going to end up alone. April visits the bathroom and finds Caroline lying on the floor with no pulse, but much to her surprise, Caroline wakes up and warns Stefan about Hayley. Shocked, April insists that Caroline was dead and starts questioning the situation. Caroline then compels April to forget everything that she heard and saw. Later, Matt reveals that April was wearing vervain and cannot be compelled. Hayley tells Tyler about her lies and tells him that 12 hybrids were needed for a sacrifice.

Klaus kills all 12 of the hybrids. Damon finally sets Elena free. Stefan discovers that Damon and Elena are together, and is distraught. Damon tells Elena to leave and she says that leaving feels right. We find out that April was hidden in the cellar where one of the hybrids was killed, and she opens the coffin containing Rebekah's body. Klaus drowns Carol in the fountain, because he knows that Tyler's mom was the only person he had left and he wanted to make sure Tyler´s suffering.

Tyler: (to Kimberley and Adrian) "Tonight, we are taking out Klaus and setting you free."

Stefan: (to Caroline) "Klaus is the only shot we have in finding the cure. We need him."

Tyler: "Every moment that goes by that we don't do this, they're at risk."
Stefan: "I can't let you do that."

Damon: "I wanna throw you back in my bed and never let you leave."
Elena: "So do it."

Klaus: "I heard you moved out of your house. Bit of a martyr move, hmm?"
Stefan: "I'm not here to bond, Klaus."
Klaus: "Oh, on the contrary. I think right now, I'm the best friend you've got."

Caroline: "Here to steal Tiny Tim's crutches?"
Klaus: "Dickens was a dark man. You would've liked him."
Caroline: "Nice snowflake, by the way."
Klaus: "Is my work really that literal?"
Caroline: "I'm serious. There's something... lonely about it."
Klaus: "I'm gonna take that as a compliment. Can I offer you some champagne?"
Caroline: "Can't. Too many adult prying eyes. Don't wanna be a high school cautionary tale in the next town meeting."
Klaus: "Well! Then it's a good thing that the high school part's nearly over."
Caroline: "If we're going to be nice to each other, then I will need that glass of champagne."
Klaus: "Is that our thing?"
Caroline: "We don't have a thing."
Klaus: "Allow me."

Stefan: "Well, Jeremy is the hunter, and he has to keep killing vampires to complete his mark, but we can't quite figure out how to keep him from killing us."
Klaus: "Sounds like quite the chore, which is why I feel perfectly justified doing a little charity work."

Damon: "This would be so much more fun if we were naked."
Elena: "This was your call, not mine."
Damon: "I was being a gentleman"

Caroline: "How come the only time April Young isn't following you around like a lost puppy is when I'm lying dead with a broken neck?"
Matt: "April saw you?"
Caroline: "Yeah, it's okay. I compelled her."
Matt: "No, she's-she's wearing Jeremy's vervain bracelet. She can't be compelled." 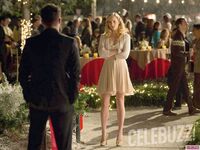 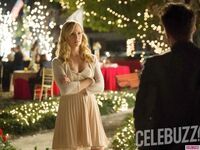 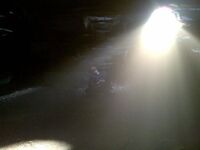 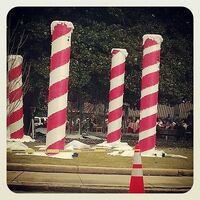 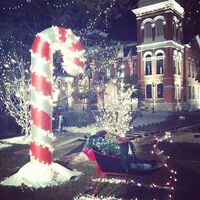 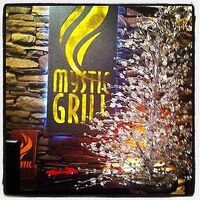 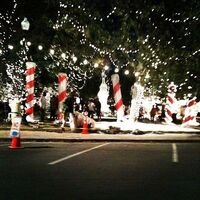 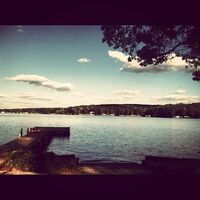 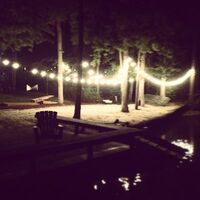 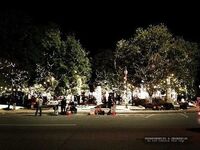 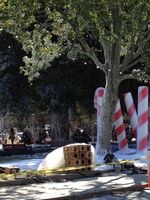 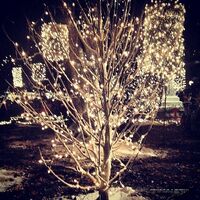 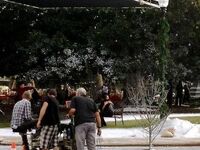 Tyler and his Mother 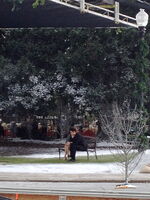 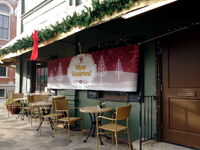 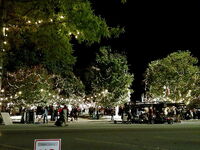 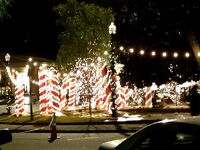 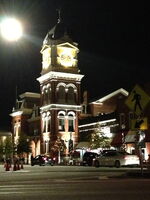 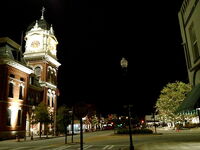 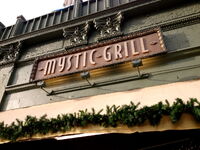 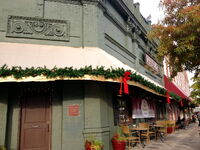