Pilot is the unaired zeroth episode of the first season of The Originals.

KLAUS RETURNS TO HIS PAST IN NEW ORLEANS - Klaus Mikaelson, the Original vampire-werewolf hybrid, has returned to New Orleans, the city his family helped build, the city from which he and his siblings – Elijah and Rebekah – were exiled a century ago by their relentless hunter father. Drawn back by a mysterious tip that a plot is brewing against him in the supernatural melting pot that is the French Quarter, Klaus is surprised that the city still feels like home to him despite the century he's been away. Curious as to why Klaus would return to the one place he swore he would never set foot again, Elijah follows his brother and learns that the beautiful and rebellious werewolf Hayley – Klaus' onetime flame – has also come to the French Quarter searching for clues to her family history. Hayley has fallen into the hands of a powerful witch named Sophie Deveraux. When Sophie reveals to the Mikaelson brothers the almost unbelievable news that Hayley is carrying Klaus' unborn child, Elijah realizes that the Original family has been given a second chance at humanity, and the redemption they desperately crave.

A letter, written by an unknown person, brings the fact that a witch by the name of Jane-Anne Deveraux is plotting against him to Klaus' attention. He immediately leaves his house and family behind to track the witch down.

In New Orleans, The Witch and her sister come across of a young woman named Hayley Marshall that seeks advice by Jane-Anne to find her parents, in the discussion Jane-Anne revels to be aware of Hayley being a werewolf and shows her a location where she might find some answers. Jane-Anne tricked her though, she speaks a spell that knocks Hayley unconscious and is then abducted by Sophie and her witch clan.

Meanwhile his older brother Elijah, is planning to follow him to the city he and his siblings once helped building. But his sister Rebekah is reluctant to help her older brother since her relationship with Klaus seems to be strained.

On his task to find Jane-Anne, Klaus comes across a witch that seems to be afraid of telling Klaus anything, her fear of feeling a vampires wrath seems to be to high for that. Klaus gathers a name out of the conversation: Marcel.

In a bar Klaus finds Marcel and reveals him to be his protégé. Both reunite in a brotherly way and catch up, as Klaus tells Marcel about his intention to find Jane-Anne. His 'child' leads him to a court that is called upon to judge Jane-Anne for using magic. During the trial Marcel cuts Jane-Anne's throat.

Trying to get some answers Klaus catches up with Sophie who is reluctant to tell Klaus anything because he is followed by two vampires. Angered that Marcel thinks he could spy on him Klaus storms off, the two vampires stalk Sophie though and try to devour her. Both are ripped apart by Elijah, who shows up and is eager to find out what Sophie's clan is up to.

After threatening Marcel's buddy Diego, Klaus is told by Marcel that he took over New Orleans by controlling the witches and punishing them for the use of magic. Marcel refuses to tell Klaus his about his secret weapon though. After Marcel leaves to prey on a waitress, Elijah reveals his presence in New Orleans and orders Klaus to follow him.

At the witches hideout Sophie tells Klaus about nature having cooked up something new: a baby, fathered by a vampire/werewolf hybrid and born by a werewolf. Hayley reveals that the baby she is carrying is indeed fathered by Klaus. As Sophie threatens Hayley's life if Klaus refuses to help them take down Marcel Klaus ticks and storms off in his anger. Elijah follows him to sort out the situation.

After having a fight with his older brother Klaus also has a verbal argument with Marcel, Klaus refuses to accept Marcel's leadership and bites his servant Thierry successfully poisoning his blood.

Seeking for fresh air Klaus comes across of a painter and Camille who puts the painters emotion into perspective, moves by her speech Klaus seeks some alone time but is joined by Elijah. Klaus tells Elijah about his wish to become the king of New Orleans and his plan to make the baby his heir.

As Elijah manages to get Sophie to release Hayley into his families custody he threatens her that if anything happens to his family she wouldn't have to fear either Klaus or Marcel but rather the oldest vampire walking this earth, him.

After healing Thierry, Klaus joins Marcel at a parade thinking about what gives Marcel his influence over the witches.

Meanwhile in a building a female vampire is seen bringing tea to a young girl named Davina. After being annoyed with the vampire telling her that she wouldn't be allowed to open a window she threw the vampire into the light by using telekinesis proving that Davina is a witch.

Note: All cast members are uncredited.

Rebekah: "New Orleans? What the bloody hell is he doing there?"
Elijah: "Evidently there are witches conspiring against him. So, knowing our brother, this was a mission to silence and slaughter."
Rebekah: "Well the French Quarter witches are not a lot to be trifled with. You don't suppose they found a way to kill him once and for all, do you?"
Elijah: "Rebekah, in the name of our family you might try to dial down your glee."
Rebekah: "What family? We are three distrustful acquaintances who happen to share a bloodline. I for one hope they found a way to make that traitorous bastard rot."

Klaus: "For a thousand years, I lived in fear. Any time I settled anywhere, our father would hunt me down and... chase me off. He made me feel powerless and I hated it. This town was my home once, and in my absence, Marcel has gotten everything that I ever wanted. Power, loyalty, family. I made him in my image and he has bettered me. I want what he has. I want to be king."
Elijah: "And what of Hayley and the baby?"
Klaus: "Every king needs an heir."
Klaus: "What an entirely unwelcome surprise."

Elijah:"And what an entirely unsurprising welcome." 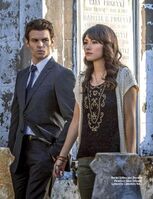 The Fortune Teller and Klaus 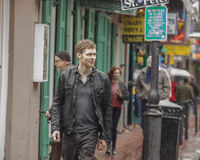 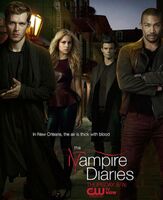 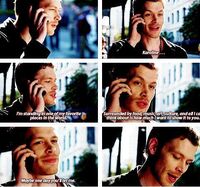 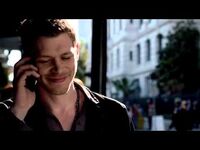 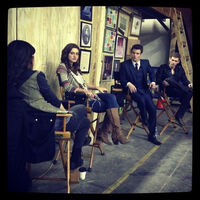 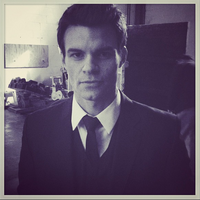 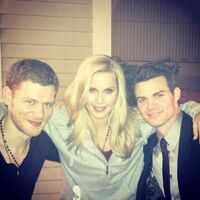 Joseph, Claire and Daniel on the set 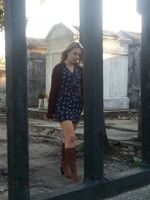 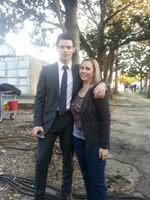 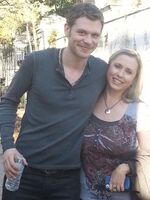 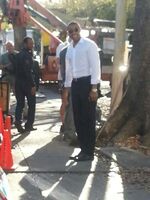 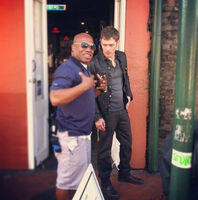 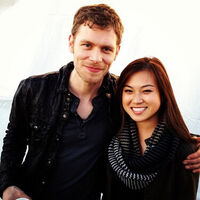 Joseph Morgan as Klaus on set with fan 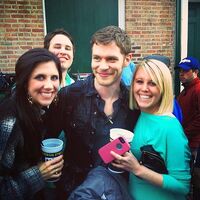 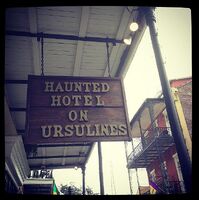 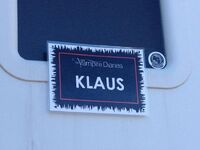 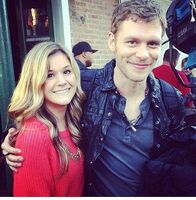 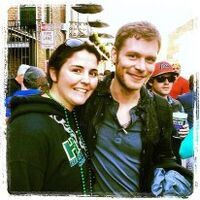 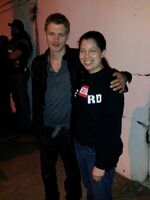 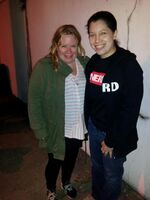 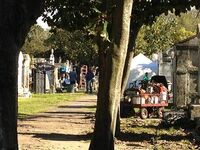 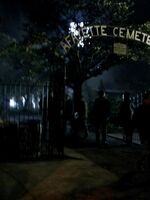 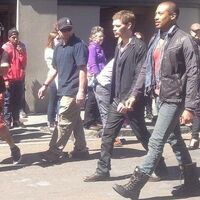 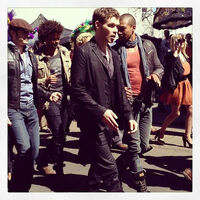 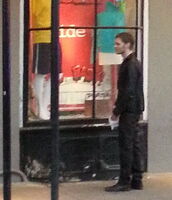 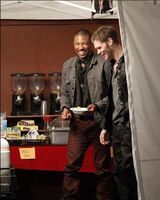 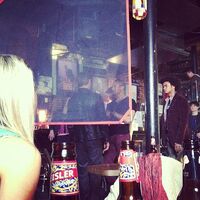 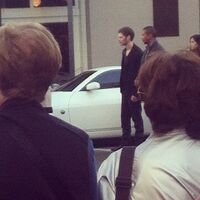 Retrieved from "https://vampirediaries.fandom.com/wiki/Pilot_(Director%27s_Cut)?oldid=2785389"
Community content is available under CC-BY-SA unless otherwise noted.