The slogan "Previously on The Vampire Diaries" is heard at the beginning of all Vampire Diaries episodes throughout seasons one to eight. These words are followed by a series of short clips that recap the scenes that are important for the current episode. All of this lasts for approximately one minute.

In the the first fifteen episodes of Season Four, the intro was replaced by the one where the main actors make a quick narration, followed by short clips of previous episodes.

Sara Canning and Kayla Ewell both played newly turned vampires who did their first and only voice-over one episode after being turned. In both cases, they died in that episode.

During the first fifteen episodes of season four a new intro called "Cold Open" replaced the old one. Elena (Nina Dobrev), Damon (Ian Somerhalder), Stefan (Paul Wesley), Jeremy (Steven R. McQueen), Bonnie (Katerina Graham), Klaus (Joseph Morgan) and Caroline (Candice Accola) all lend their voices to make a small narration. A variation of this is used in each episode to catch viewers up on major plot points that have happened thus far.

Stefan: "Mystic Falls. I was born here. This is my home."
Damon: "And mine."
Elena: "And mine."
Stefan: "For centuries, supernatural creatures have lived among us."
Caroline: "There were vampires, werewolves, doppelgängers."
Bonnie: "Witches."
Klaus: "And even Hybrids."
Bonnie: "There are those who protect them."
Dark Alaric: "The Sheriff has a vampire for a daughter, and our lovely mayor her son who is half vampire, half werewolf."
Jeremy: "And those who want them dead."
Elena: "They're our friends."
Stefan: "Our enemies."
Elena: "The ones we love."
Stefan: "And the ones we lost."
Elena: "Matt look out!"
Elena: "And then there's me; I'm human. At least I was."

Elena: "My name is Elena Gilbert, and I'm a vampire. I'm learning how to survive, but there are complications."
Damon: "You're sired to me, Elena. Everything that you think you feel, might not even be real."
Elena: "But there's hope now."
Klaus: "Tell them what the hunter told you the tattoos leads to."
Rebekah: "He said there was a cure."
Stefan: "Everyone wants it for a different reason."
Tyler: "For revenge..."
Rebekah: "To be human and in love..."
Damon: "For the truth..."
Damon: "I'm setting you free, Elena."
Elena: "And some will stop at nothing to get it."
Rebekah: "Do it!"

In the first season, Nina Dobrev voice-overed 8 times, Ian Somerhalder 5 times, Paul Wesley 4 times and Katerina Graham, Kayla Ewell, Steven R. McQueen and Matt Davis 1 time each. Candice Accola, Michael Trevino, Sara Canning and Zach Roerig are the only ones who didn't do any voice-over all season. Paul Wesley and Nina Dobrev both did voice-overs in the Pilot, but they didn't say "Previously on The Vampire Diaries," which is because it's the very first episode, so there was nothing going on previously.

In the second season, Nina Dobrev voice-overed 5 times, Paul Wesley, Ian Somerhalder, Candice Accola and Michael Trevino 3 times each, Katerina Graham twice and Steven R. McQueen, Matt Davis and Sara Canning 1 time each. Zach Roerig is the only one who didn't do any voice-over all season.

In the fourth season, first fifteen episodes had a special opening. As of "Bring It On" the traditional voiceovers are back. Ian Somerhalder, Nina Dobrev and Paul Wesley voiced-over twice while Joseph Morgan and Katerina Graham each voiced-over once.

In the fifth season, Paul Wesley voice-overed 18 times, while Ian Somerhalder voice-overed 3 times, and Nina Dobrev only once. Steven R. McQueen, Kat Graham, Candice Accola, Zach Roerig, and Michael Trevino are the only main cast members not to voice-over this season.

In the sixth season, Ian Somerhalder has done 14 voice-overs, while Candice Accola has done 8.

In the seventh season, Ian Somerhalder has done has done all voice-overs but one which Paul Wesley has done.

In the eighth season, Ian Somerhalder has done has done all voice-overs but one which Nina Dobrev has done. 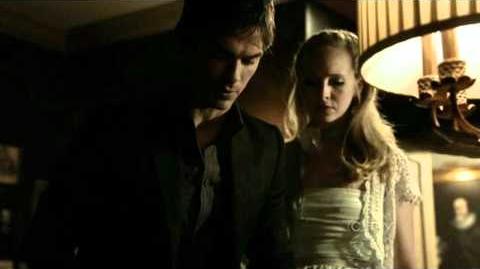 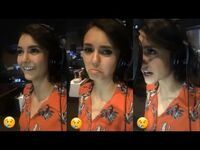 Retrieved from "https://vampirediaries.fandom.com/wiki/Previously_on_The_Vampire_Diaries?oldid=2788797"
Community content is available under CC-BY-SA unless otherwise noted.