The Salvatore Boarding House was built in 1914 and is the former home to members of the Salvatore Family and the Gilbert Family before being a school. Damon Salvatore, Stefan Salvatore, Caroline Forbes, and, briefly, Jeremy Gilbert, until he moved into the Lockwood Mansion, were the main residents. The Boarding House is said to be one of the creepiest places in Mystic Falls. In 2019, the house was donated to Caroline Forbes, by Damon Salvatore, in honor and memoriam of Stefan.

Over the years, the house was used as a place where visitors could stay, though this changed when Stefan and Damon returned to Mystic Falls. Elena's Coffin used to be located there.

After Stefan's death to stop Katherine from destroying Mystic Falls, Caroline and Alaric chose to reopen the Boarding House as the "Salvatore Boarding School for the Young & Gifted", a school for untrained witches, werewolves, vampires and any person who had been adversely hit by the supernatural.

It is implied that Stefan had once lived in the Salvatore Boarding House many years ago before his return to Mystic Falls in Season One, as he leaves almost everything he owns there until his next visit. His brother, Damon Salvatore, may have resided at the Boarding House prior to his appearance in the pilot as he is seen entering the house without an invitation.

Many deaths occur within the Boarding House, the most significant ones being Joseph Salvatore, Vicki Donovan, Zach Salvatore and many other unnamed guests.

Locked cells are shown located in the basement of the house, and were most probably originally built so that vampires could be detained if they were to be caught. Both Damon and Stefan are locked up within the first season.

At the beginning of the second season in The Return, we see Katherine Pierce, Damon and Stefan's former love, arrive at the Boarding House.

In Plan B, Mason is tortured and killed inside the Boarding House.

Throughout the season, the Boarding House continued to be one of the prime locations where murder, torture, and characters' returns to Mystic Falls occurred.

In Know Thy Enemy, the Salvatore brothers offer Elena the deed to the house and she accepts. This is done so that Elena has a safe place to live, away from Klaus, and the other Originals. The deed is later broken when Elena dies in the sacrifice ritual in The Sun Also Rises.

In Smells Like Teen Spirit, Rebekah moved into the house after Klaus left her in Mystic Falls in The Reckoning. Eventually, she moves back out.

In My Brother's Keeper, Elena moves in with Damon and Stefan moves out. It is also where the new couple first make love.

In Bring It On, Stefan moves back to the house.

In Pictures of You, Elena moves in with Rebekah. In the end, she is vervained by Stefan and Damon and locked in a cell in the basement.

In She's Come Undone, Elena moves back in.

In Graduation, Stefan moves out and leaves Mystic Falls.

In I Know What You Did Last Summer, it is revealed that Jeremy has moved into the boarding house during the summer.

Katherine Pierce has moved since she was kicked of Elena's dorm room.

After the Traveler spell made Mystic Falls magic-free, the house was empty until Welcome to Paradise when Jeremy and Sarah moved there.

In the 1994 prison world, Damon and Bonnie were living in this house. Later Kai joined them.

In a flashback from 1994 it's revealed that Zach willingly invited Damon in.
In Day One of Twenty-Two Thousand, Give or Take, Stefan negotiated a deal, a truce, with his mother, Lily and the Heretics. They were given time to clear out the town of Mystic Falls and leave, otherwise anyone who trespassed, would be fair game for the impulsive and deadly behavior of the Heretics. With Stefan, and by extension Damon, gone, Lily and her Heretics moved into the boarding house with free reign to do as they pleased.

In Hello, Brother, Caroline has moved in to live with Stefan.

In The Next Time I Hurt Somebody, It Could Be You, Stefan and Caroline host Christmas Eve dinner, inviting Matt and Peter, Alaric and the girls, and Bonnie and Enzo. However, Bonnie and Enzo are running late and Sybil and Damon crash the party, enforcing all present to endure them.

In Nostalgia's a Bitch, Damon, who was forced to have his humanity turned back on, has entered a catatonic-like state. Caroline and Bonnie enter his subconscious and they experience a frabricated world in which Damon was never a vampire and the Salvatore Boarding House is open to accepting new residences where Henry, is attending the place as a desk clerk.

In I Was Feeling Epic, in the epilogue, the house now functions as a boarding school and safe haven for supernatural children and young adults under the care and protection of Alaric Saltzman and Caroline Forbes

For the appearances as the school, visit the school's page. 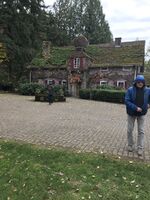 Salvatore Boarding House from the Pilot 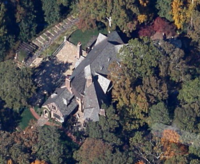 A bird's eye view of the house 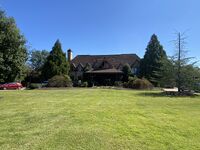 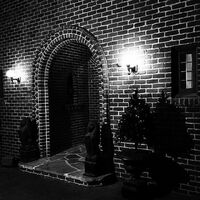 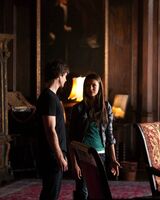 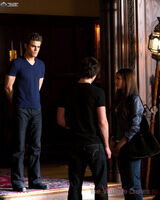 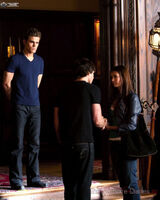 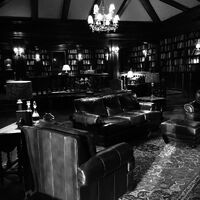 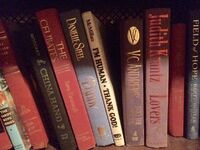 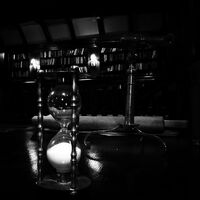 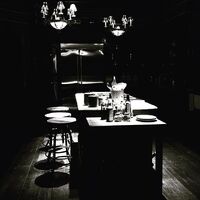 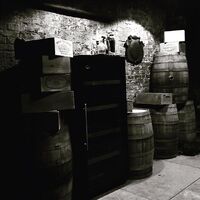 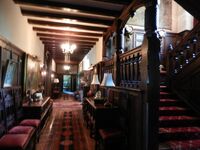 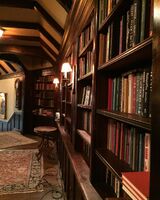 Gallery on the second floor