The Vampire Diaries Wiki
Register
Don't have an account?
Sign In
Advertisement
in: Characters, Recurring Characters, Female Characters,
and 5 more

Samantha Gibbons was a character who first appeared in the fifteenth episode of the first season in The Vampire Diaries. She was a woman who owned the house where the vampires from the tomb had lived until they were killed by Damon Salvatore and Alaric Saltzman.

It was apparent that the vampires compelled her to allow them house-room in her home, let them feed on her without complaint and to do whatever they wanted like a maid. Frederick compelled her to never invite Damon into the house after Fredrick captured Stefan and brought him home to torture him for killing Bethanne, also as a form of retribution against the Salvatores, who the tomb vampires believed to be at fault for their incarceration in the tomb. Alaric was able to trick them into allowing him in, posing as someone having car trouble and asking to borrow their phone. He went into the back room and opened the door for Damon. When Samantha explained that she wasn't allowed to let Damon in, Alaric took Miss Gibbons outside where Damon questioned her on whether any other humans lived in the house and if she had family or friends; when she confirmed she was the only one and that he had none, he snapped her neck. Alarmed, Alaric had expected him to just compel her to let him in, but Damon stated it didn't work that way, as she was already compelled against him by Frederick.

Not much was seen at Samantha's real personality as she was compelled most of the time, but it seemed she was polite.

Samantha was a woman who stood at 5'8, had curly, brown hair and green eyes. 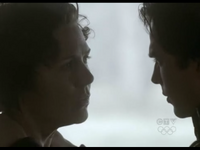 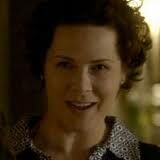