The Vampire Diaries Wiki
Register
Don't have an account?
Sign In
Advertisement
in: The Originals Episode Guide, The Originals (series), Season

View source
watch 03:04
The Originals Season 4 Extended Trailer
Do you like this video?
Play Sound

Gather Up the Killers

The Feast of All Sinners

The Originals was pushed to midseason.[3]

Season four of THE ORIGINALS begins on the fifth anniversary of the Mikaelson family's greatest defeat. In the years since, the Original hybrid Klaus (Joseph Morgan) has been held prisoner by Marcel Gerard (Charles Michael Davis), while his siblings lie trapped in an enchanted sleep. When Hayley (Phoebe Tonkin) finally succeeds in reviving them, the newly-awakened Mikaelsons execute a daring rescue of the captive Klaus. Once reunited, the family finds themselves faced with an even bigger threat: the revival of an ancient evil that has strong ties to their most vulnerable family member, Hope (Summer Fontana). After a devastating attack by this nightmarish entity, the Mikaelsons discover there is only one way to save themselves—they must stand their ground in New Orleans and forge an alliance with the very enemies who hate them most, both Marcel and the leader of the New Orleans witches, Vincent Griffith (Yusuf Gatewood). But as their horrifying adversary closes in, the Mikaelsons find that they are facing an evil even more powerful than themselves, one with intimate knowledge of their family's greatest weakness. With everything at stake—their city, their family, and their very immortality—the Mikaelsons must find a way to stand together, even as their secrets threaten to tear them apart.[4]

With the anniversary of five years of peace draws near since the fall of the Mikaelsons', vampires flock to New Orleans, threatening peace. Hayley races to find a cure and finally wakes the Mikaelsons from their mystical slumber and seek to liberate Klaus from Marcel's captivity. Meanwhile, a new sinister force works in the shadows manipulating the plights of human and supernatural creatures alike for power to rid Marcel from the city. As Klaus reunites with his daughter and seeks to keep his family safe, this new threat looms to sacrifice Hope and other New Orleans children in a bid for power as its darkness spreads.

As the Hollow grows in power and number of followers, it seeks out to sacrifice a powerful being to resurrect itself. Its origins as a 1500-year-old powerful witch spirit is revealed, as well as the fact that it cursed all families present to make the werewolf curse through her death. Vincent works his magic to root out the source of its power while Elijah take matters into his own hands and initiates a new Harvest Ritual. With the return of the Ancestors through Davina's spirit, Klaus and Hayley reunite with an old friend and they race against time to re-imprison the Hollow, though she takes refuge in a vessel close to Marcel. As she gathers all the necessary component to complete her resurrection, the Mikaelsons are forced to make a tough decision when one of their siblings is targeted as a sacrifice by the Hollow, to be reborn back to life with its powers magnified as a living being.

In the wake of Elijah's death, along with his entire sireline, the siblings reunite, including Kol and Rebekah, to face the newly resurrected Hollow who wields devastating power. As she pits siblings against one another, Davina's life hangs in the balance after the Hollow brings her back to life, bound to the Hollow, in order to force Kol into being her body guard until he has Hope break the link. Though, seemingly, the Hollow is defeated by Hayley, as she is her descendant, she targets and possesses Hope before the Ancestors could imprison her, using her as her new vessel. Hayley seeks Freya's help to free her daughter, though she easily dispatches those that would oppose her. With Vincent out of options he devises a desperate plan that will challenge the Mikaelsons' "Always and Forever" pact. As the Hollow gathers her followers for a final crusade, Marcel and Klaus team-up to rescue Hope. As Vincent and Freya perform the necessary spell to separate the Hollow from Hope, the Mikaelson siblings make the ultimate sacrifice. Vincent splits the Hollow's spirit into for Originals, Elijah, Klaus, Kol and Rebekah, separating the siblings for all time, the siblings start their own lives as Hayley takes Hope away from New Orleans with the hope for her to begin a normal life. Marcel leaves New Orleans to join up with Rebekah after being allowed by Elijah to compel his memories of "Always and Forever" away. Kol wants to propose to Davina, while Klaus looks in on Elijah in France although Elijah does not recognize him. 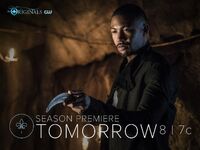 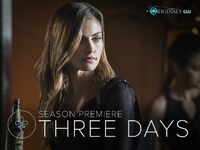 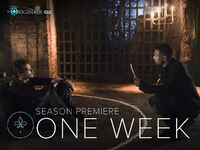 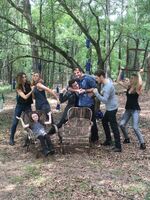 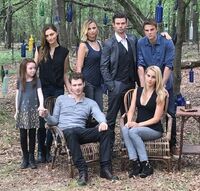 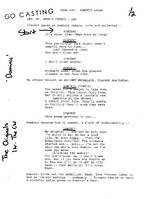 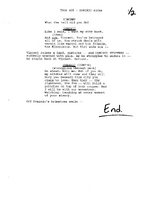 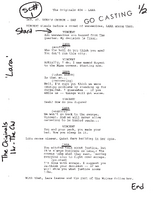 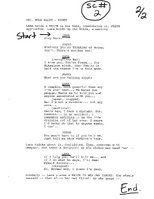 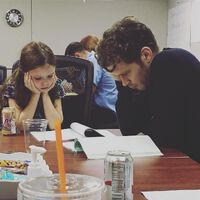 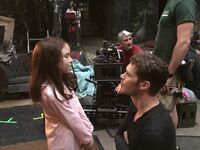