Start a Wiki
watch 01:30
The Vampire Diaries: Season Two Trailer
Do you like this video?

As I Lay Dying

The Year of the Kat

The second season of The Vampire Diaries began airing in the United States on September 9, 2010. There was a 1 week break in October, then a 2 week break in November, then a 7 week break from December to January 27, after that 6 week break and then last 6 episodes will air.

Returning for its second season, The Vampire Diaries is the story of two vampire brothers who are obsessed with the same beautiful girl Elena Gilbert, and battling to control the fate of an entire town. During season one, Stefan and Damon Salvatore returned to their hometown of Mystic Falls, Virginia, for very different reasons - Stefan was determined to get to know Elena Gilbert, who bears a striking resemblance to Katherine Pierce, the beautiful but ruthless vampire the brothers knew and loved in 1864, while Damon was intent on releasing Katherine from the tomb where he believed she was trapped by a witch's spell all those years ago. At the end of season one, Elena's biological father John Gilbert set a plan in motion that brought the Founder's Day celebration to an end amid chaos, destruction and death, and saw the return of the vengeful Katherine Pierce.

Season two began when the appearance of the villainous Katherine in Mystic Falls throws a wrench into the love triangle between the two brothers Stefan and Damon, fighting for the love of Elena, who can't choose between the two, and the other residents of Mystic Falls must choose sides as they fall victim to a new breed of the danger. In the meantime, one of Elena's friends, Caroline Forbes, became a vampire after being killed by Katherine while having Damon's blood in her system, forcing her friends to help her cope with the new outlook on the life she has been given. And if that wasn't bad enough, it soon became apparent that vampires may not be the only creatures of the night living in Mystic Falls, as not only the existence of werewolves came to light, but also the revelation of the Original Vampires. They are the genesis of the vampire species: the oldest, most powerful and deadly vampires in the world. New and unexpected friendships will be forged, allies will become enemies, and hearts will be broken. Stefan and Damon will be forced to face a villain more evil and diabolical than they ever believed possible. 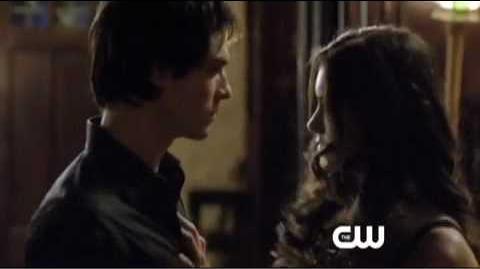 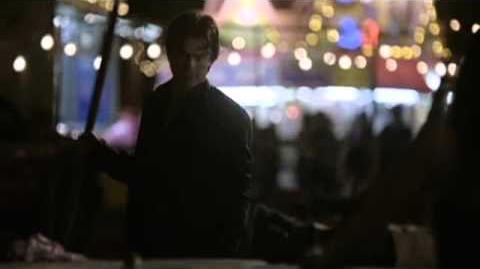 Retrieved from "https://vampirediaries.fandom.com/wiki/Season_Two?oldid=2681050"
Community content is available under CC-BY-SA unless otherwise noted.