Sebastian Roché is a French actor who portrays the Viking warrior Mikael, an Original Vampire who was not only the father of the rest of the Originals, but also a vampire hunter. He also played Balthazar on the Supernatural series, but he is perhaps best known for his recurring role as villain Jerry Jacks on the longrunning soap opera General Hospital.

He is of Scottish and French ancestry. He is also fluent in four languages: English, French, Spanish, and Italian. On General Hospital, he spoke in Russian, Spanish, and French, and on the pilot episode of Odyssey 5, he spoke in French. Roché has extensive Classical theatre background and credits, notably in Salome with Al Pacino, Titus Andronicus and The Green Bird with Julie Taymor, Hamlet, Arms and the Man, Macbeth, Mirandolina, Trainspotting, etc. As a teenager, he lived for six years on a sailing boat with his family traveling from France to the Mediterranean, Africa, South America and the Caribbean. He is a graduate of the prestigious Conservatoire National Superieur d'Art Dramatique of Paris.

Upon his graduation from the Conservatoire in 1989, Sebastian started working in French theatre, films and television with such actors as Michel Serrault, Isabelle Huppert and Béatrice Dalle. He moved to the United States in 1992 and has since worked extensively in the US. He has worked in the theatre with Al Pacino, Julie Taymor and Mark Lamos, among others. His many television and film credits include: Law & Order, New York Undercover, Sex and the City, Merlin, The Crossing, The Hunley, Baby, Haven, Big Apple, Touching Evil, Charmed, Alias, Legend of Earthsea, CSI, The Unit, Odyssey 5, Never Get Outta the Boat, We Fight to be Free, and General Hospital. He also starred in What We Do Is Secret with Shane West, New York City Serenade with Freddie Prinze Jr, and LL and Beowulf with Anthony Hopkins, John Malkovich, and Angelina Jolie.

He appeared in the French text book series "Discovering French bleu" (level one) in the video ancillary DVD. Whenever his character appeared he would go by his own name, Sebastian.

He appears on General Hospital as terrorist/criminal Jerry Jacks, although when the character re-appeared he was going by the pseudonym James Craig. In April 2007, it was announced that Roché had been signed to a contract on General Hospital, keeping his character around for the foreseeable future. His first contractual airdate was April 23, 2007, which was also the date that his character's true identity was revealed. By 2009, Jerry had a minimal role and was eventually written out. However, Sebastian returned to the show on a recurring basis between July and August 2009. He returned again to the role in December 2010.

Roché plays Wulfgar in Beowulf, a film adaptation of the epic poem. He was seen recently on The Mentalist as Shirali Arlov and as John Quinn in both 24: Redemption (TV movie) and this season's 24 series on Fox. He appeared in Happy Tears with Demi Moore and Parker Posey, as well in 2011's The Adventures of Tintin, directed by Steven Spielberg.

Roché also starred in the 6th season of the CW series Supernatural as Balthazar, a rogue angel and longtime friend of fellow angel, Castiel.

TVGuide.com has confirmed his appearance in a recurring role on the TV series Fringe. Roché played Newton,the leader of an army of shapeshifters from a parallel universe. His character recurred in some episodes of seasons 2 and 3; Newton died in the episode entitled "Do Shapeshifters Dream of Electric Sheep?"[1]

Roché is currently directing his first feature-length documentary titled Machine Gun Preacher, on the life of Sam Childers, a pastor who opened an orphanage for orphans and child soldiers in war-torn south Sudan. As of August 2011[2], Roché has signed on as a recurring character on The Vampire Diaries for the CW network as Mikael, an original vampire, the father of the Originals.

Roché on his final appaerence as Balthazar (Supernatural)

Sebastian Roché as Balthazar in My Heart Will Go On 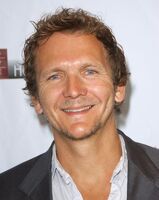 Balthazar (Roché) during The French Mistake

Roché on his final seconds as Balthazar (Supernatural) 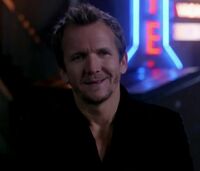 Roché as Balthazar in Appointment In Samarra

Roché with Jensen Ackles and Jared Padalecki on Supernatural 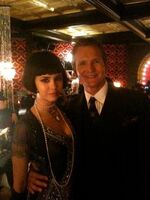 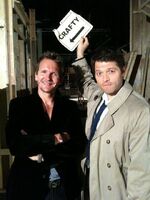 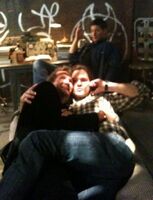 Roché with Jared Padalecki and Jensen Ackles in Supernatural (BTS)

as Balthazar in The Third Man 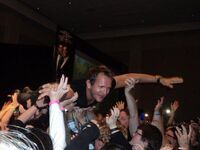 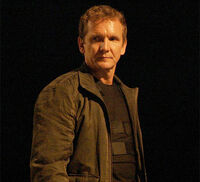 Roché as John Quinn in 24 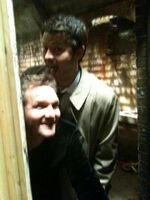 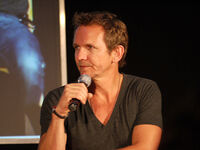 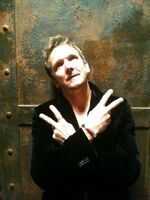 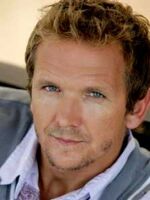 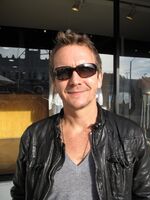 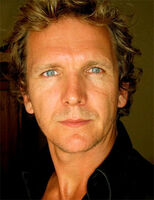 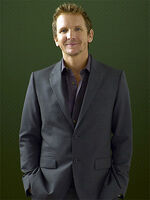 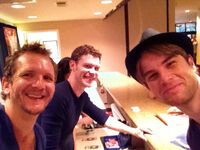 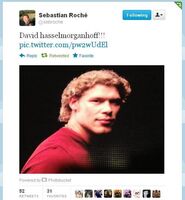 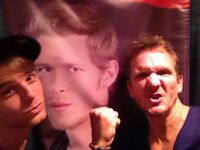 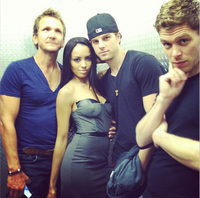 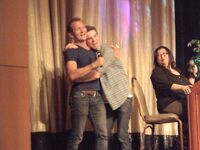 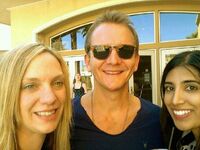 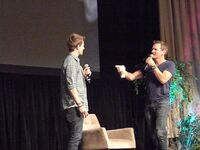 Retrieved from "https://vampirediaries.fandom.com/wiki/Sebastian_Roché?oldid=2790109"
Community content is available under CC-BY-SA unless otherwise noted.