Sheila Bennett was the maternal grandmother of Bonnie Bennett, mother of Abby Bennett, and also a very powerful witch. Bonnie refers to her as Grams.

Sheila was a member of the Bennett Family.

Sheila, a member of the Bennett Family, lived in Mystic Falls, where she led an anti-war sit-in in October 1969 when she was barely a teenager and first met Stefan Salvatore. She would later pursue higher education and eventually teach at Whitmore College as the Professor of Occult Studies.

Sheila "Grams" Bennett was the warm and loving grandmother of Bonnie Bennett, and as a descendant of a long and powerful line of witches, she knew all along that Bonnie was capable of being a powerful witch as well. In The Night of the Comet, she begins to tell her granddaughter, Bonnie, about her heritage, though she didn't believe her until she started manifesting her powers unconsciously in You're Undead to Me. Afterward, she often went to Sheila for help.

In Haunted, Sheila began to teach Bonnie more about their family's past and how their family fled Salem. In modern times Bonnie berated her grandmother saying that everyone knows she's a witch, though it can't possibly be true. Sheila goes on to teach Bonnie about the dangers of witchcraft and begins to train Bonnie on how to control her magic. She insisted on Bonnie's wearing of a crystal talisman that had belonged to their ancestor Emily Bennett, who she tells Bonnie more about.

In 162 Candles, she instructs Bonnie that the talisman is hers and not to give it back to anyone. Unknown to Sheila, it was later destroyed by Emily herself while she was possessing Bonnie's body.

In Bloodlines, a fearful Bonnie shows up having temporarily lost her powers due to fear. She goes on to explain that there is nothing within her spell books that will help unblock her, that it's in her mind and they have to clear out what is got her so scared.

Sometime later after Bonnie leaves, Sheila is visited by Stefan, who was looking for Bonnie. She senses that he knows why she is upset and fearful and employs that he protects her and precedes to tell him that she will not invite him in, knowing that he will understand why. That night, Stefan returns with Bonnie and Sheila gives him her thanks while they reminisce about their brief history in October 1969. Though she appreciates what he did, she goes on to tell him that she will protect her own before anybody else!

In Fool Me Once, she is visited by the other Salvatore brother, Damon, who was also looking for Bonnie. She refuses him, going as far as to tell him "You got some nerve knocking on a Bennett witch's door and asking her for anything" and telling him that he is no friend to the Bennett's. Damon threatens her by demanding her to step outside her home and tell him that. Damon, who was more bark, begins to fall to the floor, crippled with pain as Sheila steps outside using her magic, telling him "You don't wanna mess with me!".

Learning that her granddaughter was missing, Sheila helped Stefan locate Bonnie and Elena, who had both been kidnapped by Anna and Ben. Later, she and Bonnie would lower the spell over the tomb, allowing vampires to enter but not to leave so Damon could get Katherine; she describes it Opening the door didn't remove the seal, it just opened the door. With Bonnie's plea, she and Bonnie continued the spell to lower the seal. The spell eventually broke, releasing Stefan and Damon, but the effort had greatly weakened her.

They returned home though she was greatly affected by the spell; she lies to Bonnie telling her that she will be fine. The exhaustion finally overwhelmed her and passed away in her bedroom as Bonnie and Elena were recovering downstairs.
In Ghost World Bonnie reveals veiled matter with a manifestation spell allowing Ghosts trapped between the living and the dead to be seen. Due to this, a vast group of spirits returned to Mystic Falls, including Sheila Bennett. She informs Bonnie that there was an old witch on The Other Side that took advantage of Bonnie and wedged a door open giving a free pass to any ghost with unfinished business. With the balance of Nature offset, together, Bonnie and Sheila perform a spell that would destroy the Original Witch's talisman which was providing the necessary foothold for the witch to take advantage of Bonnie. Before her departure, Sheila gives words of encouragement to Bonnie, reminding her of her strength, and how proud she is of how far Bonnie has come.

In Growing Pains, before Bonnie has the chance to bring Elena back, Sheila doesn't allow it and tells Bonnie the spirits will punish her in ways she couldn't imagine if she continues to use dark magic and tells her to go back. When Bonnie comes back to put Klaus back in his own body, Sheila appears again, warning Bonnie, but when trying to stop her granddaughter, the spirits take their anger out on Sheila, causing her to suffer cruelly by having the dark magic be sent into Sheila.

In Down the Rabbit Hole, Bonnie bleeds in the cave containing Silas' tomb, which allows him to project illusions into her mind. He creates an illusion of Sheila to try to get Bonnie to raise him, but Jeremy helps her fight it by telling her that he can't see Sheila and that he is real whereas Sheila is not. After that, the illusion disappears.

In The Walking Dead, after Bonnie dropped the Veil to the Other Side, Sheila returned when Bonnie was struggling to breathe after Silas made her think that she can't breathe. She helped Bonnie get what Silas made her think out of her head and then Bonnie hugged her. Bonnie told her she wanted to talk to Qetsiyah to learn how to stop Silas, but she tells her that she doesn't need her as she is already strong enough with her Expression.

Later, she appeared again to Bonnie to tell her that she needed to close the veil. Bonnie kept saying that first, she needed to bring Jeremy back. Sheila warns Bonnie that Jeremy's death was the will of Nature and there is no magic on this Earth strong enough to challenge it. Bonnie tells Sheila that she has every magic and proceeds to cast the spell anyway. Sheila begs her not to do it, but Bonnie refuses to listen and Sheila disappears, while the spell kills Bonnie. Bonnie wakes up as a ghost, and Sheila tells her that she is dead.

In Graduation, Sheila tells Bonnie to say her goodbyes and then later comes back and guides Bonnie to the Other Side.

Bonnie mentions several times that she saw her on the Other Side when she was a normal ghost and as the Anchor to the Other Side.

In Resident Evil, she appears to Bonnie and tells her something is wrong with the Other Side and that something escaped. She tells her that the witches are afraid of what is happening.

In What Lies Beneath, Sheila appears and advises Bonnie to be honest with Jeremy about the condition of the Other Side and the strong possibility of Bonnie disappearing along with it. She also bumps into a lamp and they learn that spirits on the Other Side can now move objects on the physical plane.

In Home, Sheila returned for a final time to say goodbye to Bonnie. She tells Bonnie that she is proud of the woman she has become and that she will not pass through her to be resurrected because she has found peace by helping Bonnie find her peace. She hugs Bonnie, tells her she loves her and to stay strong, and walks into a white light and moves on.
In Nostalgia's a Bitch, Grams was seen as a subconscious manifestation within Damon's mind. Bonnie sought out her help with finding Damon within his mind via a locator spell. Even as a manifestation, she brought her into her home and talked with her, even telling her not to get into vampire business, especially with a Salvatore. Though Bonnie tells her that her friends and lover are vampires. Sheila is shocked about this information though Bonnie retorts that she is so close to happiness, which means everything to her. Sheila, and ultimately Damon's subconscious is willing to help her, wanting Bonnie to find him. Together they perform a locator spell and find Damon. In I Was Feeling Epic, in Bonnie's greatest need, Sheila returned from peace and aided her granddaughter one last time. She, along with the spirits of other Bennett witches, performed the Hellfire Manipulation Spell and saved Mystic Falls from destruction as well as saved Bonnie's life.

Born and bred in the picturesque town of Mystic Falls, Virginia, Sheila was a level-headed and strong-willed witch, who loved her family dearly. She also disliked vampires and getting involved in "vampire business". She was also the Occult teacher at a local community college and let people believe that she was "just a kooky lady" because they don't know the truth.

Sheila was a witch from the Bennett bloodline who was a powerful witch in her prime. Even in her advanced age and a servant to Nature, she stood her ground against vampires, specifically Damon Salvatore. She demonstrated her power on him by giving him an intense pain infliction.

On several occasions, she states that "witches talk, even on the Other Side". She was very devout to the craft and employed to Bonnie the same teachings. As an occult professor at Whitmore, she was adept at teaching, which contributed to Bonnie's quick knowledge of the craft. Though Bonnie's inexperience showed, Grams was powerful enough to manage the Tomb Unsealing Spell at Bonnie's plea and inability to keep the spell going, though eventually succumbed to exhaustion, and passed away shortly thereafter.

Even in death, Sheila's devotion to her granddaughter provided her guidance each time the Veil to the other was weakened or drop, and even when Bonnie became the Anchor. When the Other Side was well on its way to collapse, she was able to resurrect Bonnie (and Damon) into the second Prison World and found peace knowing that Bonnie would find hers.

As a respected family in the magical community, other covens frequently sought out the Bennett family. On several occasions, Grams (and possible other ancestors as well) assisted the Gemini Coven by giving them a powerful spell and her blood to lock away Kai, and presumably the Heretics a century prior, in an alternate dimension known as a Prison World.

Sheila had the typical weaknesses of a witch. 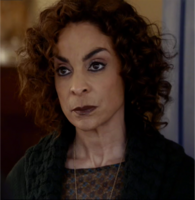 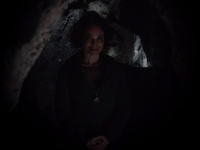 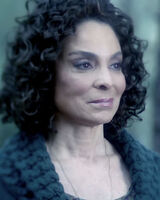