GOODBYE, MYSTIC FALLS — It's Jeremy's last day in Mystic Falls and Elena puts on a brave face as they reminisce about their past. Stefan and Caroline find themselves growing closer as they prepare Caroline's family cabin for her mother to live out her final days. While packing up her office, Sheriff Forbes turns to Damon for help solving one of her remaining open cases involving Elena's parents. Elsewhere, when a violent confrontation with Enzo leaves Jeremy wondering whether he should leave or not, Matt finds his own life on the line after Enzo lures him and Sarah Salvatore into his dangerous plan. Lastly, Caroline rushes to the hospital after learning her mother has taken a turn for the worse. Alaric also appears.

"Colour Me In" – Damien Rice

The Vampire Diaries - Inside Stay 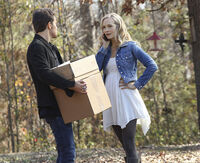 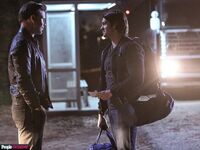 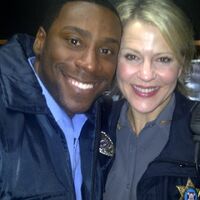 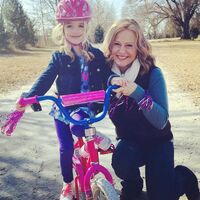 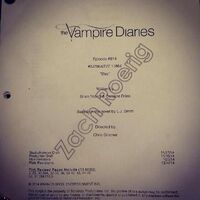 Retrieved from "https://vampirediaries.fandom.com/wiki/Stay?oldid=2780969"
Community content is available under CC-BY-SA unless otherwise noted.