Summer Fontana is an American child actress who portrayed Hope Mikaelson and the Hollow in the fourth and fifth seasons of The Originals. She reprised the role as a hallucination in Legacies. 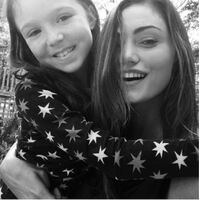