BETRAYAL AT THE MASQUERADE BALL - After discovering some interesting news about someone in Marcel's inner circle, Klaus and Rebekah come together to attempt to unravel Marcel's empire from within in spite of Elijah's concerns. They enlist help from Sophie, who is reluctant to get involved for fear of the wrath of Marcel's secret weapon, Davina. Rebekah sneakily invites an oblivious Camille to a huge vampire party thrown by Marcel, managing to anger Marcel in the process. Elsewhere, Hayley learns from the witch Sabine that the supernatural creatures of New Orleans are reacting to the potential existence of a hybrid baby and is told the gender of her and Klaus' child. 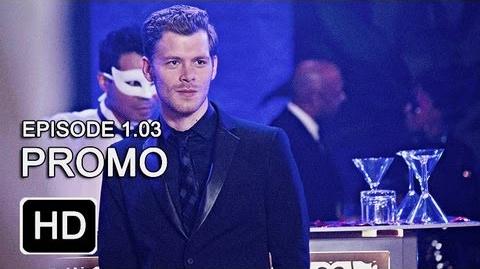 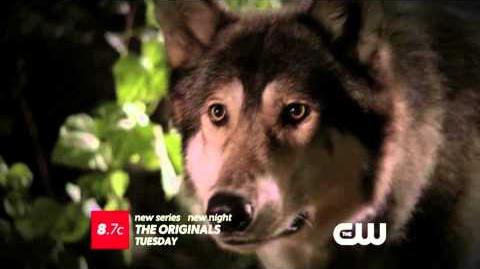 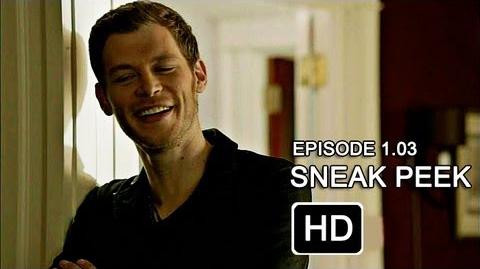 The Originals 1x03 Webclip - Tangled Up in Blue HD
Webclip

Retrieved from "https://vampirediaries.fandom.com/wiki/Tangled_Up_In_Blue?oldid=2657748"
Community content is available under CC-BY-SA unless otherwise noted.