THE PROPHECY FULFILLED — After months of thwarting off dangerous threats and deadly attacks, the Mikaelson siblings finally come face to face with the one person that could lead to their ultimate demise. With the stakes higher than ever and the compound overrun by an army of his oldest sworn enemies, Klaus is put on trial for centuries of atrocities he's committed. Meanwhile, Marcel, who has been spiraling out of control following an act of betrayal by those closest to him, is stunned by the unexpected arrival of someone from his past. Finally, Elijah, Freya and Kol frantically search for a way to save their family before it's too late. Hayley and Vincent also appear.

The episode opens with Marcel (now an Enhanced Original known as The Beast) at the bottom of the river. He reminisces about the time that Klaus rescued him from his abusive and racist father, and when Elijah taught him music. His eyes glow red, and he swims to the surface.

At the Abattoir, Hayley and Elijah have spent the night together. Hayley comforts Elijah, telling him that he is not alone. Klaus is with his daughter downstairs, mourning in his own way after the death of his

adopted son. Klaus tells Hope would have had a better life if her father were someone other than him. However, he persists that he will do right by her and guarantee her a good, safe life. Elijah comes downstairs, saying he won't ask for Klaus' forgiveness, as Klaus has a right to be upset and mad, but that he did what he had to do to keep his family safe.

Freya says she couldn't sleep, she felt only dread. Either it's her guilt, or her intuition that something is coming. With the map spelled to trace Klaus' enemies, she chants and blood from several places creeps closer to New Orleans.

Marcel sees the damage in the cemetery. Vincent tells him he had help, from Davina. He's done his part, Marcel will now do his. But Vincent tells him there's a difference between having power and using power. Marcel, though, says he bothered pretending like he hadn't already taken the serum because he wanted to know how the Mikaelsons reacted; Elijah killed him in cold blood, so whatever happens next, they've earned it. Vincent asks if the people of New Orleans earned it too, as there's rumors of vampires coming in from all around. It looks like Marcel is set on starting a war, and Vincent wants to know what will happen to the innocent people who may get into the crossfire at that.

The Mikaelsons are certain that they have the upper hand as no vampire can enter the compound without an invite. Freya chants again, but this time, blood is all over the map. A vampire swooshes in, and cuts her with a poison. Hayley kills her in time before she could finish Freya off. Marcel and everyone of Klaus' enemies storm the compound, having nullified the deed to the place. He mocks Klaus' relief, saying that he'd be at the bottom of the river if he hadn't been one step ahead of Klaus. Elijah tries to turn Marcel's anger away from Klaus, but Marcel says taking on one of them means taking on all of them.

Kinney is at the cemetery where Vincent has made a speech assuring the witches. He needs Vincent to follow him. At St. Anne's Church, it's filled with dead Strix vampires. He tells Kinney that a unique kind of vampire did this. A vampire who's not yet desiccated bites and feeds from Kinney, but Vincent daggers him.

Hayley takes Freya and Hope to her apartment across the street. She leaves, as there may be something (or someone) who can help.

Kol tells Marcel that what he's doing is an insult to Davina's memory, but Marcel blames him for her death. He bites Kol, throws him across the room, and his brothers attack Marcel. They're no match for Marcel now, and Elijah gets bitten. Rebekah gets in between them, and orders Klaus to take Kol and Elijah to where Hayley has taken Freya and Hope. She knows Marcel won't hurt her, if he knows what's good for him. She doesn't have much time before the curse takes effect, so his explanation better be good and quick. At Lucien's penthouse, they can't find the antidote. The Mikaelson brothers arrive. Klaus says the venom comes from seven werewolf packs, so perhaps that's the key to a cure. But Rebekah is hexed, Freya poisoned, so that means three different cures for three different ailments that would take years to find. They only have a day.

Rebekah has a short time before she'll go mad, so she cuts to the chase. She tells Marcel to heal her family before something's done that can't be undone (their deaths.) She can't defend their actions, but they're her family. Marcel tells her there's no cure, and her family will die before the end of the night, but that he'd never hurt her. Disappointed, Rebekah says the man she knew and loved would never fancy himself judge, jury and executioner. Justice is a lot more than they offered Marcel, but he agrees to be fair and give Klaus justice, for Rebekah.

She phones Klaus. Marcel had the vampires set out to tear apart the city to find them, but after a brief chat, has considered an alternative. A trial. Hayley refuses to run and leave him. Freya tells Klaus there may be a way to save them all, but she needs time. He just needs to make it out of the trial alive. He writes Hope a letter, and tells Hayley he was wrong to not trust Hayley with Hope in the past, but now he trusts her completely.

Rebekah stands with Klaus as he faces the mob for a trial in the compound. Among Klaus's crimes:

Rebekah stops the trial, stating that her brother will not be condemned without her speaking on his behalf. Marcel lets Rebekah speak. She says they're all no better than Klaus, that they all fight for power and would defend their kin. Stating that his first instinct is to save his family, and when asking if anybody would do anything else, nobody replies. But Marcel reminds Rebekah that she too is a victim of Klaus' abuse. Her curse acts up, and she talks against Klaus. Rebekah states that she is envious to all the vampires, as they have broken free and she is still bound to him via the pact they made so long ago. She wants him to suffer the way she had, as death is too good for him.

Klaus is stabbed with Papa Tundé's blade, and it absorbs into his chest, plunging him into a fate worse than death.

Rebekah phones Hayley, telling her Klaus found a way to stay alive. Now it's up to her. Freya uses Rebekah's blood from her dagger, and as she chants, the blood covers the parchment with the Mikaelsons' names on it in runes. The spell puts them to sleep.

Vincent scolds Marcel, telling him he's no different from Klaus. He left dead vampires for anyone to find, and he has a friend who got hurt really badly because of the consequences Marcel didn't care about. He's bought the Church from Marcel, and will turn it into a sanctuary for all supernaturals who are tired from Marcel's antics. After, Marcel bricks up Klaus in the wall.

Hayley puts the Mikaelsons in their coffins, into a moving truck hooked up to their car. Hope is strapped in the front seat, and Hayley drives away.

The Mikaelsons wake up in a chambre de chasse, outside a house in the country away from the city. They are linked to Klaus' life force by the same spell Dahlia used on her to keep them alive. It will buy Hayley enough time to find them all a cure to their ailments. Rebekah is with them as well.

The episode ends with Hayley driving out of New Orleans.

Freya: "There's nothing that can stop Marcel now."

Freya: "None of us will make it through the day."

Rebekah: "You shall not condemn him before I have had a chance to speak on his behalf."

Freya: "There's nothing that can stop Marcel now."

Marcel: "Elijah is as good as dead."

Freya: "I'm poisoned, Rebekah's hexed, our brothers are bitten, none of us will make it through the day."

Rebekah: "You shall not condemn him before I have had a chance to speak on his behalf."

Hayley (to Elijah): "Despite everything that we've done."

Hayley (to Elijah): "All those we've lost. We're still here. You're not alone."

Elijah: "I am the one that's responsible for this crime against you."
Marcel: "One thing I learned sticking around this family Elijah, we take on one of you, you are taking on all of you."

Niklaus (to Hope): "What better life might have awaited were another man your father."

Niklaus (to Hope): "All those who have loved me...have lived to regret it."

Marcel: "All this was you?"
Vincent: "No. I had help. Davina Claire. She's the one that made sure the Ancestors were gone for good. It's the last thing she did."
Marcel: "That means you've done your part. That just leaves me to do mine."
Vincent: "You sure you can?"
Marcel: "I'm sure I can. The whole point of me taking Lucien's serum was so I had the power to deal with the Mikaelsons."
Vincent: "Well so there's a big difference between having the power...and actually using the power to kill somebody. These people are your family."
Marcel: "They were my family. Do you know why I even bother pretending like I already hadn't taken the serum? I needed to see how my family would react. Elijah killed me in cold blood. Yeah. So whatever happens next, they've earned it."
Vincent: "Did the people of New Orleans earn it too? Cause I've been hearing the rumors about vampires just flocking into town and it looks to me that you've dead settled started a war. Now I need to know what happens to the innocent people when they get caught in the crossfire of that. No. You'll promise me you're gonna do what's right for the people of this city."
Marcel: "That's exactly what I'm gonna do."

Marcel: "I am taking back my home. My city. My freedom. This is a fight to the death and I won't lose."

Marcel (to Niklaus): "If I hadn't been one step ahead of you, I would be at the bottom of the river."

Freya (to Niklaus): "I'm poisoned, Rebekah's hexed and our brothers are bitten. We need three different cures to three different aliments. Each of which could take years to find and none of us will make it through the day."

Kol: "Are you planning to put on a little show... Marcellus?"
Marcel: "Damn straight I am. The Fall of the Mikaelsons."

The Originals The Bloody Crown Trailer The CW

The Originals The Bloody Crown Scene The CW

The Originals Inside The Bloody Crown The CW 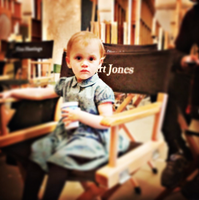 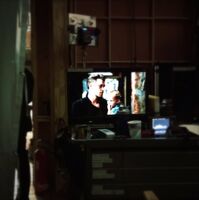 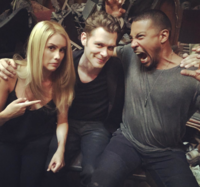 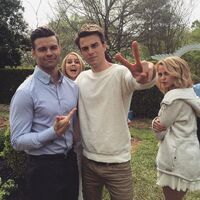 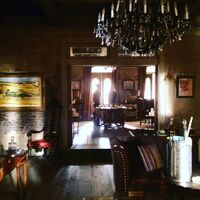 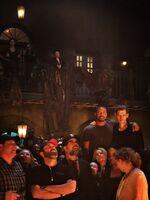 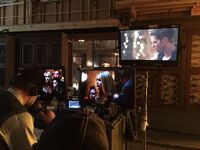 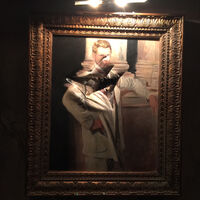 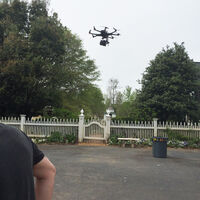 Retrieved from "https://vampirediaries.fandom.com/wiki/The_Bloody_Crown?oldid=2785581"
Community content is available under CC-BY-SA unless otherwise noted.