IAN SOMERHALDER MAKES HIS DIRECTORIAL DEBUT. — After shutting off her humanity following the death of her mother, Caroline gives her friends an unexpected ultimatum. Not knowing how to handle the new Caroline, Stefan's attempt to intervene sets off a dangerous chain of events, leaving him and Elena in a race against the clock. Meanwhile, after seeking answers from Kai about the prison world, Damon's world is turned upside when he learns some devastating news about his mother Lily. Elsewhere, Enzo finds himself becoming increasingly intrigued by Sarah, and Bonnie begins to struggle with the effects of being back in the real world.

Stefan (to Elena): "Caroline is going to snap."
Elena: (to Stefan) "She's not actually hurting anyone. No students are missing."
Damon: (to Bonnie) "Uh oh. Caroline fly off the rails? If so, I called it."
Elena: (to Caroline) "What did you do to Liam?"
Caroline: "I ate him."
Caroline: (to Elena) "I flipped my humanity switch, Elena."
Bonnie: "It's weird. It's like she's Caroline, but not."

"Mind Of A Beast" – The Glitch Mob

"Our Demons" – The Glitch Mob

"Out Of The Black" – Royal Blood 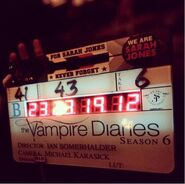 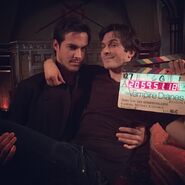 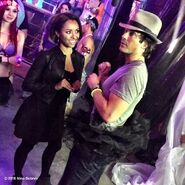 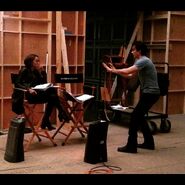 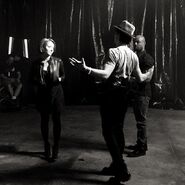 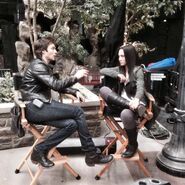 Retrieved from "https://vampirediaries.fandom.com/wiki/The_Downward_Spiral?oldid=2785702"
Community content is available under CC-BY-SA unless otherwise noted.