The Vampire Diaries Wiki
Register
Don't have an account?
Sign In
Advertisement
in: Locations, Locations outside of Mystic Falls

200m off the coast of Nova Scotia

The Island, is located 200 miles off the coast of Nova Scotia (Canada). It is the location where Silas and the cure were buried by the witch, Qetsiyah. It was first seen in Into the Wild.

Over 2000 years ago, the powerful witch Qetsiyah lured and imprisoned the first immortal Silas on the island along with The Cure. Centuries later, a group of miners were creating a well over where Silas was entombed and they went crazy and bled themselves to death. A group of college kids had come to the island for spring break. A few weeks later they were all found dead and drained of their blood. In 2009, Atticus Shane came to the island and arrived at the well to test its supposed ability to let you see dead loved ones at the sacrifice of some blood. Shane saw his wife Caitlin, who told him about Silas and how to raise him in order to revive her and their son Sam.

In Into the Wild, Shane brings Elena, Damon, Stefan, Bonnie, Jeremy, and Rebekah to the island in order to obtain the cure. The group is quickly split apart when Jeremy goes missing; Shane takes the opportunity to gather all of the "requirements" and head towards the well where Silas is buried.

In Down the Rabbit Hole, Rebekah, Stefan and Elena search the Island for the others. Rebekah betrays them when they reach a cliff side so that she can obtain the cure, which she knows can only be used once. Meanwhile, Damon is held captive by Galen Vaughn and dragged around to head towards the tomb. Eventually, everyone makes it to the tomb. But in the end, Jeremy is killed by Silas.

In Stand By Me, it is revealed that Stefan and Elena have left the island with Jeremy's body, while Damon and Rebekah have stayed behind to look for Bonnie, who has gone missing. "Atticus Shane" is also on the island, trying to help Bonnie. Vaughn tries to attack Damon, but Rebekah and Damon ambush him and tie him up, leaving him to starve to death. However, Vaughn reveals that Silas has awoken and Damon flees the island. While leaving, Rebekah discovers Shane barely alive.

In Bring It On, Rebekah reveals that Shane died shortly after she found him on the Island.

In The Day I Tried To Live, Damon tells Elena that he planned to take trip there when the repeating day in Mystic Falls in the Prison World got boring and planned on telling Bonnie about at some point. With Kai's help Jeremy is able to move the pages of an atlas with Damon's road trip plans to the island. Bonnie finds the atlas and takes Damon's car and drives off towards Silas island. 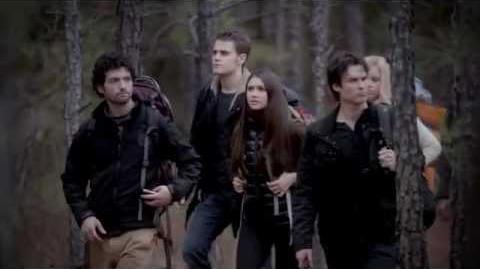 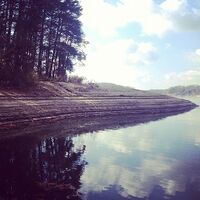