EVIL IN THE PAST – Damon and Alaric come face to face with an old enemy after they obtain a weapon that may be able to destroy Cade. Stefan is held captive by a surprising acquaintance and is forced to confront a dark secret from his past. Meanwhile, Caroline and Matt try to keep Stefan's violent history from destroying him. Cade focuses his attention on Bonnie and digs deep into her mind.

Damon: "How the hell are you here?"
Kai: "Find a way to get me out of hell then I'll help you kill Cade."
Alaric: "I think we can manage without you."
Kai: "What if I brought back Elena?"
Damon:"Okay. You're going to bring back Elena Gilbert back to life... right now!"
Bonnie:"Oh my God."
Kai: "Hi sleepyhead, remember me?"

Bonnie:"Hey, it's Bonnie, Leave a message."
Caroline: "Hey, it's me. Just calling to say good morning. I know Stefan was going to pay you a visit last night, and judging by the fact that he never came home, it means that it either went really well, or really not. I'd love yo hear your voice. But if you're not ready to talk, I get it. But whatever you need. If you need time, space, gallons of red wine. I'm here for you. With... or without Stefan."

Kai: "Stuck between dimensions. Thanks to Hell's bell, one foot on Earth, the other in Cade's nightmare world of hurt. On the run. off the grid. A renegade relying only on his wits. A renegade, that's funny. I can still do magic if I siphon myself, but even then it takes concentration. It's like having cell reception on Mars."
Alaric: "You murdered my wife!"
Kai: "Fiancé. It was mid-ceremony as I remember. But yes, yes. Yes. Huge mistake. I see that now. I do. Motus!... Crap."
Alaric: "Are you having a hard time concentrating?"
Kai: "No."
Damon:"Ric. Hey I have some questions. Starting with how the hell are you here?"
Kai: "Why don't you tell me. You guys rang some giant bell and suddenly I could see Mystic Falls. So I went for it, and here I am. Sorta. Please don't tell Cade."
Damon: "You're in Hell?"
Kai: "Yeah, you killed me. I think I'm on the wait list for Heaven but they're not returning my calls."
Damon:"You said you had a better idea than killing Cade with this dagger."
Kai: "Find a way to get me out of hell -all the way- and then I'll help you kill Cade. "
Alaric: "I think we can manage without you."
Kai: "What if I brought back Elena?"
Damon:"Let's hear him out, Ric."

"No One Will Ever Replace Us" – The Courteeners 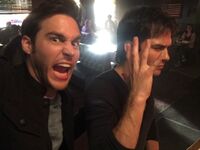 Kai and Damon by Cobrakai1972 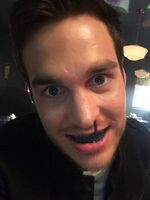 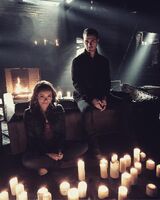 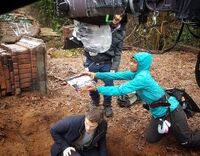 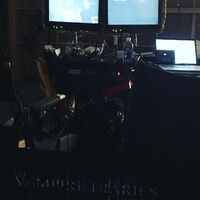 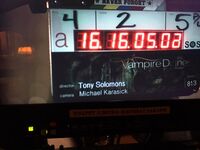 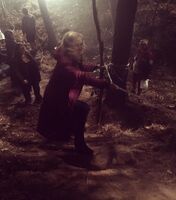 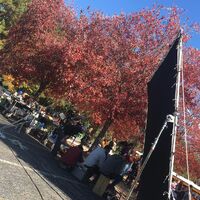 Retrieved from "https://vampirediaries.fandom.com/wiki/The_Lies_Will_Catch_Up_To_You?oldid=2785384"
Community content is available under CC-BY-SA unless otherwise noted.