A REASON TO FEEL GUILTY - Stefan has hidden the coffins containing the bodies of Klaus' family and Klaus quickly turns to violence to convince Damon and Elena that no one will be safe until he finds Stefan and gets his family back. Tyler continues to make the most of his new abilities as a hybrid, but he has to face the disturbing consequences of his actions as well. After a terrifying incident, Elena and Alaric grow increasingly concerned about Jeremy's attitude and, ultimately, his safety. Alaric meets the beautiful Dr. Fell, who is intrigued with his amazing ability to heal. While trying to strike a deal with Klaus, Elena delivers news that truly shock him.

The episode starts with Bonnie who is having a dream, where she is walking towards the old witch house. When she enters the house, the voices of the hundred dead witches haunt her and lead her towards four coffins in the basement of the witch house. She then opens the fourth coffin only to find Klaus's dead body. Waking up, she then realizes that it was all just a dream.

Elena, while having a normal time jogging, discovers that a mysterious man is following her. Terrified, she tries to run away from him, but accidentally bumps into him. The stranger then apologizes, saying that he should have watched where he was going.

Then she and Bonnie meet up at the Mystic Grill and share their eerie early morning encounters. Elena says that she is getting paranoid due the horrific recent events, while Bonnie shares that she has been having the same dream for a while now. She further consoles Elena that she has a right to be paranoid as Klaus is still very much alive and wants to kill her. They finally conclude that all their nightmare and paranoia is just rooted in stress and fear over the recent turmoil.

Damon is day drunk and with Alaric. Alaric is worried about Jeremy's grades and is further shocked to discover that he was fired from the Grill and did not even bother to tell anybody. Meanwhile, Tyler and Jeremy are hanging out in the woods. Tyler is still pissed that Caroline dumped him and wants to get drunk and "shoot stuff" with Jeremy, who recently also broke up with Bonnie. Jeremy playfully fires Alaric's crossbow at Tyler, who swiftly catches the arrow and adds that a "lame ass" crossbow is not enough to kill a hybrid. He further adds that one has to cut off his head or rip out his heart to kill him.

Elena is worried about Jeremy's recent callous behavior and calls him. Damon is still day drunk and jokes around with her. Just then Klaus comes into the scene with his companion Tony, who Elena surprisingly discovers was the mysterious man who followed her while jogging. Klaus threatens Elena and Damon to find Stefan. He reveals that Stefan stole his coffins from him and no one will be safe until he gets them back. He adds that he is going to be in Mystic Falls for a while and also demands to know where Rebekah is.

Bonnie follows her dream and goes to the witch house and to her shock, she finds the exact same coffins as in her dreams and also finds Stefan there. He says that he needs Bonnie's help and fills her in about Klaus's secret that he kept his family daggered and stored in the coffins and now he has them. He needs her help to keep them hidden. According to Stefan, Klaus's family is his one weakness and as long as he has them, he can "ruin him".

Tyler: (to Jeremy) "Klaus isn't going to stop until he gets all those coffins back."

Klaus: (to Elena) "You people seem to respond best to violence."

Jeremy: (to Elena) "None of us are gonna make it out of this town alive."

Damon: (to Elena) "So, all we have to do is find four coffins and voilà - no one else on your family's Christmas list has to die."

Jeremy: (to Elena) "This is the way things are. It sucks, but I just got to get used to it.

Damon: (to Stefan) "Really? Last time I checked, you were hiding out in a haunted house."

Elena: "The Stefan that we know is gone."
Bonnie: "How is Damon handling that?"
Elena: "Damon is... Damon."

Damon: "My brother is sort of running his own show right now."
Elena: "My brother just chopped off someone's head."

Elena: "Ric, hey. When did you return to the living?"

Elena: "Stefan, I need your help. Bonnie said you would be here."
Stefan: "Well, Bonnie sucks at keeping secrets."

Meredith: "Mr. Saltzman. What is your secret? Guardian angel or did you sell your soul to the devil?"
Alaric: [awkwardly] "A little of both." 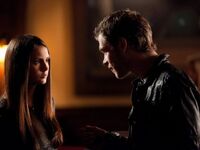 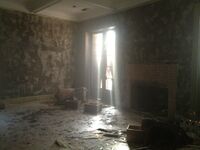 Inside the Witch House 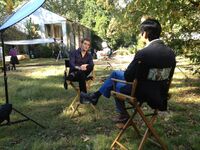 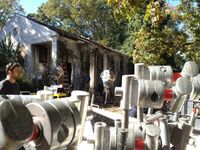 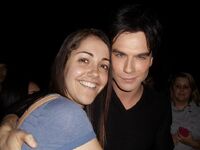 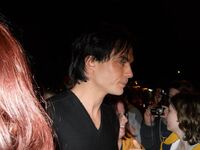 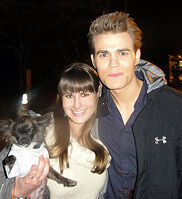 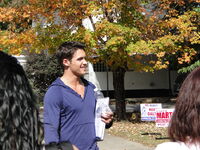 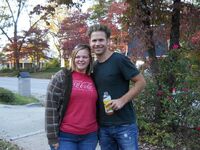 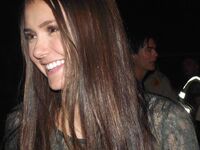 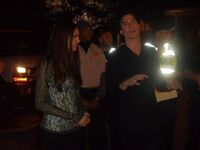 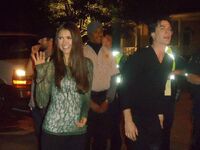 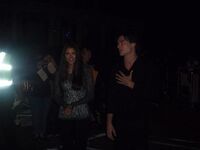 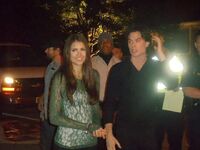 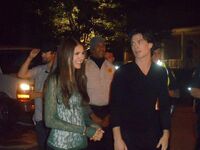 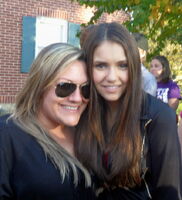 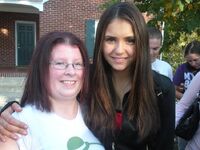 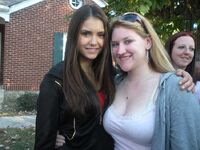 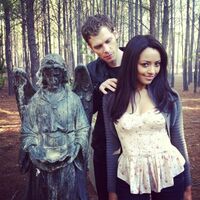 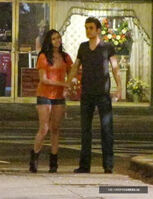 Retrieved from "https://vampirediaries.fandom.com/wiki/The_New_Deal?oldid=2785662"
Community content is available under CC-BY-SA unless otherwise noted.