The Next Time I Hurt Somebody, It Could Be You

View source
watch 03:36
Wiki Targeted (Entertainment)
Do you like this video?
Play Sound

The Next Time I Hurt Somebody, It Could Be You is the seventh episode of the eighth season of The Vampire Diaries and the one hundred and sixty-second episode of the series overall.

THE DEVIL FROM CHRISTMAS PAST — Faced with the fallout from his interaction with Cade, Stefan is determined to have one thing go right – Christmas Eve with Caroline. However, when Damon and Sybil crash their Christmas Eve dinner, which had been joined by Alaric, Matt and Peter, things quickly take a dark and twisted turn. Meanwhile, in a series of flashbacks to Stefan's past, Cade's tempt to entice him with his mysterious agenda leaves Stefan faced with an unimaginable decision. Bonnie and Enzo also appear.

The flashback from Christmas 1917 In Monterey shows Stefan killing the entire village.

In the present, Stefan tries to make his last day of freedom as meaningful as possible. Caroline, Alaric and the twins arrive for the Christmas dinner. Sybil and Damon also come uninvited, so Alaric takes the twins home as a precaution.

Meanwhile, Enzo and Bonnie were planning a trip to Paris when Caroline phoned them to tell them not to come to dinner since Sybil is there. Caroline also plans on getting the location of the tuning fork by getting Sybil drunk. Sybil reveals that her house in at Pond Estates and Caroline passes this information to Bonnie and Enzo who go to search the house.

At the dinner, Damon stabs Stefan which transports him to another dimension with Cade. He shows him the consequences of his ripper massacre a century ago. He also reveals that Seline witnessed this night. Stefan proposes to Cade to serve him only one year but with his humanity turned off instead of eternity. Cade agrees but says that he believes that Stefan's gonna continue to serve him after that because he'll wants to.

Alaric tells bedtime stories to the twins, but they keep asking about Seline. Bonnie and Enzo arrive to Sybil's house, but only Bonnie is able to enter because Enzo's a vampire. She finds Seline there with the fork in her hands surrounded by a random family. Seline agrees to give them the fork if they help her remove her influence from the twins' minds. She believes that if she does something good, she won't end up in hell.

Meanwhile, Matt and his father Peter also arrive for the dinner. Damon announces that his Christmas gift this year will be killing someone in the house. He asks everyone about the worst thing they'd done as a way to determine who deserves to die the most. He questions Peter who reveals that he left Matt and Kelly for no reason. Later while Sybil is questioning Peter about the location of the Maxwell family heirloom, Bonnie and Enzo arrive and use to fork to weaken her. The fork also affects Bonnie this time. Sybil grabs Peter and escapes.

Elsewhere, Damon gives Sybil a gift he'd taken from under the tree. It turns out that it's Elena's necklace. Some memories return and he rips Sybil's heart out and leaves her to die.

Meanwhile, Alaric brings the twins to say goodbye to Seline. She takes away her magic from them and leaves.

Stefan enjoys the final few hours with Caroline and the twins. At midnight, he leaves the town with Damon and turn his humanity off.

Stefan: "So, today, we are gonna do what people do on Christmas."
Damon: "Ho, ho, ho!"
Alaric: "I killed you."
Damon: "Christmas just got merrier."
Damon: "One lucky little elf is gonna get a one-way trip straight to hell."
Caroline: "Eggnog? I didn't have time to poison it."
Caroline: "You are not going to kill anybody else."
Damon: "Just breaking some bread."
Caroline: "Well, Damon's alive... Stefan's dead! Merry Christmas, I've got gifts."
Stefan: "Caroline?"
Cade: "Mr. Salvatore, I've been waiting for you."
Stefan: "Cade. Where are we?"
Cade: "Just... behind the veil."
Stefan: "So this is hell, my living room?"
Cade: "If this were hell, you would know it. Think of this as a waiting room. Lucky for you, I will be sending you back, but not before we discuss our partnership."
Stefan: "What's there to discuss? My brother and I fetch bad guys for the rest of our existence and in exchange, you keep us out of hell. Seems pretty horrifically straightforward if you ask me."
Cade: "Surely, you must have questions."
Stefan: "Just a Hail Mary pass since we're here, why don't you let me out of this deal? I'm not the right person for you."
Cade: "Actually, you're the perfect person. I'm here to show you why."
Damon: "Ho, ho, ho! Merry Christmas, Ric."
Alaric: "I killed you."
Caroline: "What?"
Damon: "I know, I know. Christmas just got merrier."

"Have Yourself A Merry Little Christmas" – Shout Section Big Band

"We Wish You A Merry Christmas" – The Craig Gilder Sextet feat. Tony Liberto

"The Christmas Song (Merry Christmas To You)" – Jackie Gleason

The Vampire Diaries The Next Time I Hurt Somebody, It Could Be You Trailer The CW

The Vampire Diaries Inside TVD The Next Time I Hurt Somebody, It Could Be You The CW 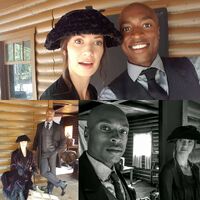 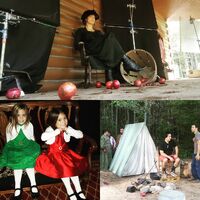 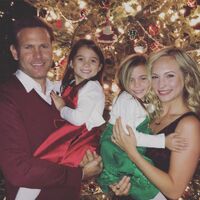 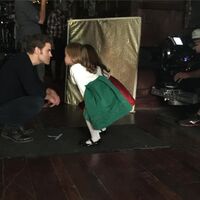 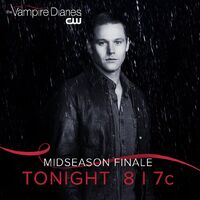 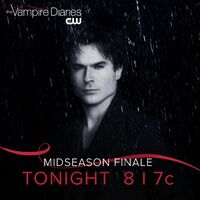 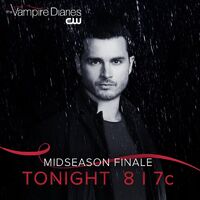