The Sacrifice of Twelve Hybrids is an event planned and orchestrated by Atticus Shane and Hayley Marshall-Kenner as a part of the Expression Triangle. It's purpose is to use the energy of the twelve souls to allow Bonnie Bennett to access a kind of Dark Magic called Expression (the worst magic), to perform the spell required to open the tomb of the first Immortal man ever; Silas.

Atticus Shane uses Hayley Marshall to round up 12 unsired hybrids for sacrifice, including Kimberley and Adrian; this would eventually help Bonnie Bennett access magic without the help of the Spirits. Hayley pretended she was helping Tyler Lockwood to release twelve hybrids, and to defeat Klaus once and for all. Her true intentions, however, are to discover what happened to her family. Atticus manipulates Hayley by leveraging this fact, claiming to have information.

In O Come, All Ye Faithful, Shane and Hayley manipulated the situation, and with the intervention of Klaus, the twelve hybrids die in the Lockwood Cellar. 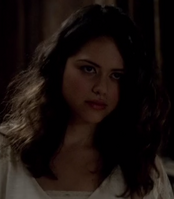 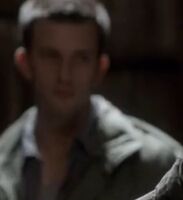 Retrieved from "https://vampirediaries.fandom.com/wiki/The_Sacrifice_of_Twelve_Hybrids?oldid=2778713"
Community content is available under CC-BY-SA unless otherwise noted.