The Simple Intimacy of the Near Touch

THE PAGEANT – Stefan and Damon return to Mystic Falls at Sybil's request as she is still in search of the historical artifact. Bonnie returns from Paris wearing a vial of Enzo's blood making Caroline, wonder if she will become a vampire. Stefan, Damon, Caroline, Bonnie and Enzo all attend the Miss Mystic Falls Pageant where Sybil continues to taunt Damon with memories of Elena.

Damon and Stefan are continuing with their killing spree. Sybil calls Damon and asks him to bring her a ball called the striker he'd stolen from Peter earlier.

Meanwhile, Bonnie and Enzo return from their trip to Paris. Enzo gifted her a necklace filled with his blood. Seline meets with Caroline and Bonnie and explains that there are three pieces of the bell: the bell itself in her possession, the tuning fork in Caroline's possession and the striker in Damon's possession. When it's assembled it can hurt the sirens.

Meanwhile, the Miss Mystic Falls Pageant takes place at the Founders' Hall and both Salvatore brothers and Sybil attend. Sybil asks Damon to give her the striker and he refuses. Bonnie and Enzo talk about his gift and if he expects her to turn into a vampire at some point. She argues that she can't turn because she's still linked to Elena and doesn't know what would happen if she does turn. She later return the necklace to him because it may be a symbol of something she does not want to promise. Caroline asks Damon to give her the striker, complete the bell and kill Sybil. Damon refuses this wanting Sybil to fix him first.

The pageant starts and Damon has fractions of memories of his time with Elena at their pageant in 2010. Caroline argues that he wants to remember Elena. The pageant is cut short when Caroline evacuates the people. The girls demand to say who won the pageant and Caroline says it's a six-way tie. They're not happy with the answer and want to stay because Stefan compelled them to do so.

Elsewhere, Dorian visits Seline indenting to avenge his friend Georgie and be a distraction while Matt looks for the bell, but Seline convinces him to team up against Sybil. She reveals that only a member of the Donovan family can ring the bell. At the same time Matt goes to Seline's home to look for the bell. A police officer is compelled to stop him, but Matt subdues him. He finds the bell, but another sheriff is guarding it. He disarms him and asks him to clear his way of the other police officers. He eventually brings the bell to Dorian and Seline.

Meanwhile, Damon knocks Sybil down. Stefan, still being loyal to Cade, knocks Damon down and takes the striker from him and gives it to Caroline. He threatens the contestants, but Caroline stakes him. She visits Violet, one of the contestants, and tells her she's won. She's also in transition as Stefan killed her earlier. Caroline comforts her by telling her about her experience of becoming a vampire. When Stefan wakes up, Caroline ends their engagement.

Elsewhere, Enzo admits that he gave Bonnie some blood so that she can heal herself if he's not there. He puts the necklace back on her neck. She asks him if he would consider taking The Cure and becoming human again.

Damon locks Sybil at the Salvatore cellar, but she uses her powers to turn his humanity back on so that he would feel guilt for everything he's done in the past several months.

Damon: "He's ripping again Caroline. This time it's guilt free."
Stefan: "This place is the beginning of their vomit inducing love story."
Damon: "Elena?"
Sybil: "You need to get a grip!"

"She Used To Be Mine" – Sara Bareilles

"Light Me Up" – Ingrid Michaelson 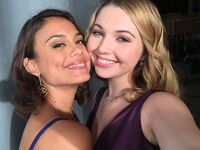 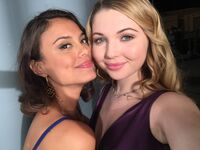 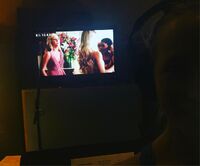 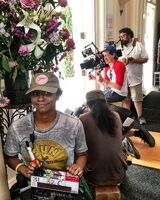 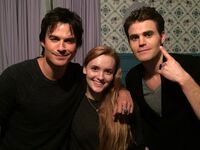 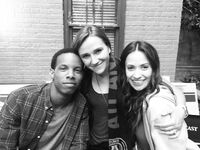 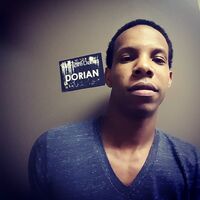