The Vampire Diaries: The Complete Fourth Season box was released on September 3, 2013, on DVD and a Blu-ray-DVD combo pack. It contains all 23 episodes from the fourth season of the series and bonus content.

Senior year is finally here, and Elena should be having the time of her life. Instead, she faces her worst nightmare, struggling with the painful transformation from human to vampire. As Damon mentors Elena into a supernatural life, their repressed passions explode, causing Stefan to undertake a desperate quest to restore humanity to the girl he adores. But as Elena ruthlessly quenches her newfound thirst for blood, and her friends race to find a vampire cure based on clues inked onto Jeremy's flesh, the world around them falls prey to a host of sinister forces. Mystic Falls takes on vampire hunters, a hybrid rebellion and more in all 23 pulse-pounding Season Four episodes. 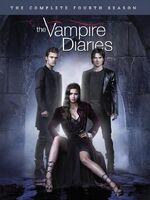 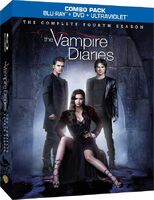 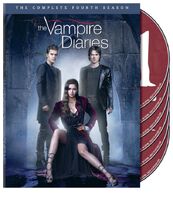 Retrieved from "https://vampirediaries.fandom.com/wiki/The_Vampire_Diaries:_The_Complete_Fourth_Season_(DVD)?oldid=2780945"
Community content is available under CC-BY-SA unless otherwise noted.