CRACKING THE CASE — In order to deal with their recent trauma, Emma suggests the students participate in a group simulation that transports them to a film noir world. Hope, Josie, Lizzie, MG and Rafael quickly learn they must confront their conflicts head-on or risk facing the game's catastrophic consequences. Alaric also appears.[3]

Josie visits the Old Mill to check on Jade. Jade is startled by the visit, and Josie reveals that she cannot stop thinking about her; Jade returns the statement, and the two kiss. They are interrupted, however by a different version of Josie, a darker version who tells Josie that it is past curfew. Josie awakens suddenly and Lizzie tells her she was having a sex dream. Josie is confused and tells Lizzie to return to sleep. Stepping out of bed, Josie sees that her feet are dirty, and is left wondering if the whole ordeal was actually a dream, or reality.

The following day, Emma tells the Salvatore School Group that they need to learn how to deal with their trauma better. When the students tell Emma that they wish to return to class, Emma reveals that they cannot, and must carry out an experiment set by Headmaster Saltzman. She reveals a chest created by Rupert Vardemus — the real one — and explains that the box is an alternate version of a Chambre de Chasse, and that their consciousness will be transferred to better deal with their traumas. Emma explains that they will shape the world together, but will have no idea that the world they are in is a simulation. The students are shocked when Jade arrives, revealing that she has been having weird dreams.

The students are transported inside a Film noir-style world. MG visits a club named Landon's where Emma is singing; Lizzie and Josie sit at a table watching the show, whilst Rafael is a photographer. Hope is working at the venue, and MG hands her a photograph of him and Vardemus, citing that he is looking for his employer. When Hope dismisses him, MG reveals that he is aware her liquor license has expired. When MG goes behind the stage speak with Emma, he finds she has been murdered and the the real Vardemus, who tells MG that his name is Sherlock Holmes, stands over her body. Having been murdered, Emma reawakens in the real world, confused about how the situation is possible.

In his office, MG questions Vardemus, who reveals that the world around him had changed when he woke that morning, and that the necklace had mysteriously appeared around the neck of the dead singer. When MG tells Vardemus that his fingerprints were all over the victim, he replies that this is impossible, given he was wearing gloves. MG needs to get to the bottom of the case, and Vardemus reveals that the bottle had been poisoned with cyanide. MG leaves the room to find out more, handing Vardemus one of Arthur Conan Doyle's books, citing that he must relearn who he is.

MG talks with Hope, who is shining a photograph of Landon. She questions how he got in, and he replies that the door was unlocked. Hope tells him that the door was not unlocked, but is sure the police would like to know about this, and the fact that he visited Emma before she turned up dead. He offers her $50 to keep quiet and asks for a whiskey, but the good stuff. Heading off to the back to retrieve it, MG looks at Hope's order book and notices an entry labeled "Champagne for Lizzie Saltzman". Realizing that someone intended for Lizzie to drink the poisoned champagne, MG visits Lizzie to tell her. When he tells her, she faints dramatically. Lizzie has no idea who sent the champagne, given she is just a small-town actress, and MG promises that Vardemus — his partner — will crack the case. The two are interrupted by Josie who tells Lizzie that she has found out who the photographer (Rafael) works for.

Meanwhile, Vardemus is reading the Conan Doyle book, when an inscription "Liquet" appears in the margin. He repeats the word and seemingly becomes self-aware, just as Emma had explained. At this moment, someone enters, and Vardemus assumes this to be MG, however it is actually the murderer, who shoots Vardemus. This causes Vardemus tor return to the physical plane and it is revealed that he had been forced to be part of the experiment. Vardemus explains that he too was murdered by one of the students, causing Emma to suggest ending the game. Vardemus explains that letting the game to play out is the best course of action. He further remarks that a murder in the game reveals that someone is on the edge of a breakdown. Back in the experiment, MG enters his office to find Vardemus has written "Josie" in the book with his blood.

Jade collapses instantly and appears to be dead; a feat which MG believes ties Josie to the murder. Upon becoming self-aware, Vardemus explains that the rules have changed, given Jade was ejected early; furthermore, Vardemus believes someone is rewriting the rules from inside the game. This, however, would take immense amounts of power, leading Vardemus to question why.

MG questions why Josie murdered Jade, but Josie is unwilling to provide any details. Instead, she tries to sign the confession that will result in her death. MG tells Josie that he is trying to find out who killed his partner, Vardemus; Josie tries to convince him that it was her, however MG does not sound convinced. When Josie tells MG to take her to the station, however MG tells Josie that he knows she didn't kill anyone. Asking why she is covering, Josie explains that if it wasn't her, then it was Lizzie, and she would rather suffer than Lizzie. Looking at the confession, Josie's safe word appears. Uttering the world ends her story, and she becomes self-aware just as MG is shot. The shooter enters the room and — despite Josie begging them to stop — shoots Josie and places the gun in her hand.

MG approaches Lizzie who is sitting on a fake-beach, and it is revealed that the flask in his pocket saved him from the bullet. He asks her why she committed he murders — especially her sisters — however Lizzie begins to cry and exclaims that she didn't kill anyone. MG doesn't believe Lizzie to be telling the truth and goes to arrest her. At this moment, Lizzie receives her escape word and becomes self-aware; she does not wake, however. MG cuffs Lizzie and receives his safe word too, revealing that his obsession with Lizzie is holding him back. Just as the two are trying to figure the situation out, they are shot at and MG is wounded. He tells Lizzie to find Hope and wakes moments later. MG is shocked to see that Josie has not returned, and tells Emma that Lizzie and Josie are stuck within the game.

Lizzie arrives at Landon's to speak with Hope. She explains that Hope fears getting close to people, however Hope reveals that for this reason, she is about to chase the man she loves. She shuts the door and leaves Lizzie to fend for herself. Meanwhile, Rafael develops his photographs, and notices someone lurking in the background. He is extremely confused by this, but his escape word reveals itself moments later. When he arrives in the real world, he tells Emma that he doesn't understand what happened.

Lizzie and MG speak, and it becomes clear that both are worried that she will not wake. MG tells Lizzie that they will find a way to save her if she does not wake. Lizzie apologizes to MG for the way she treats him, however MG tells her that he doesn't want her to stop relying on him — despite what any simulation may say.

Alaric thanks Emma, given if she never oversaw the simulation, they would not know what they were up again. Despite this, Emma apologizes, explaining that if her and Dorian do not leave now, then they may never get the chance. Alaric realizes that Emma is leaving for good, and she confirms this. Emma tells Alaric that whilst the Salvatore School is the extraordinary place, it is also the most dangerous place she has ever been. With this, the two hug and Emma bids farewell to Alaric.

Rafael remembers that the figure he saw in the simulation was the Necromancer. Hope interrupts Rafael moments later, looking for Landon. The two talk, and Hope explains that she believes the game was trying to teach her that something will always come between her and Landon; she believes the game was telling her not to always choose Landon over other people, and that the two are doomed.

Shortly after, Josie wakes in the werewolf transition space to see the Salvatore School Group watching over her. She explains that she thinks the therapy was good for her, however the group do not agree, and Lizzie remarks that the person before them isn't the true Josie. Josie's eyes turn black, and she explains that it is the real her now. Clicking her fingers, she changes her hair color and puts Hope to sleep. Josie begins shaking the room and is able to gather enough magic to levitate the ground of the transition space, exploding half of the school into flames.

"Thanks For The Memories" – Karen David 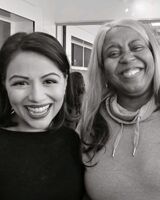 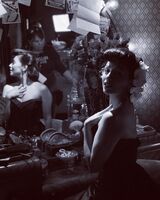 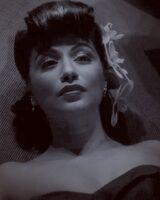 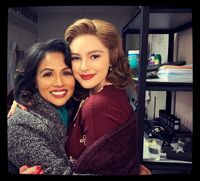 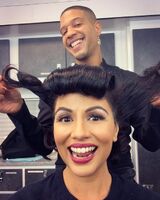 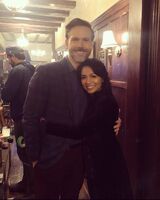 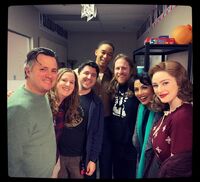 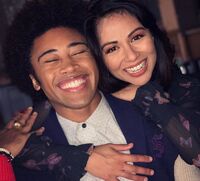 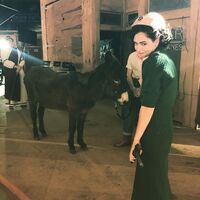 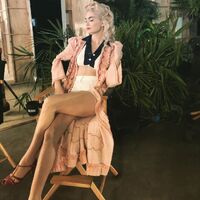 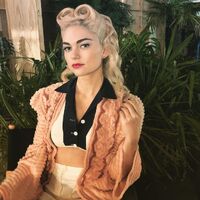 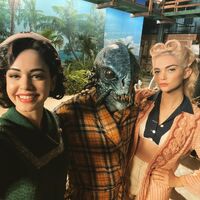 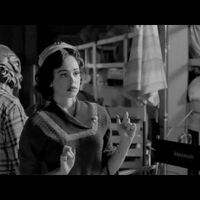 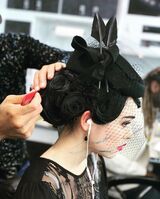 Retrieved from "https://vampirediaries.fandom.com/wiki/There%27s_A_Place_Where_The_Lost_Things_Go?oldid=2785550"
Community content is available under CC-BY-SA unless otherwise noted.